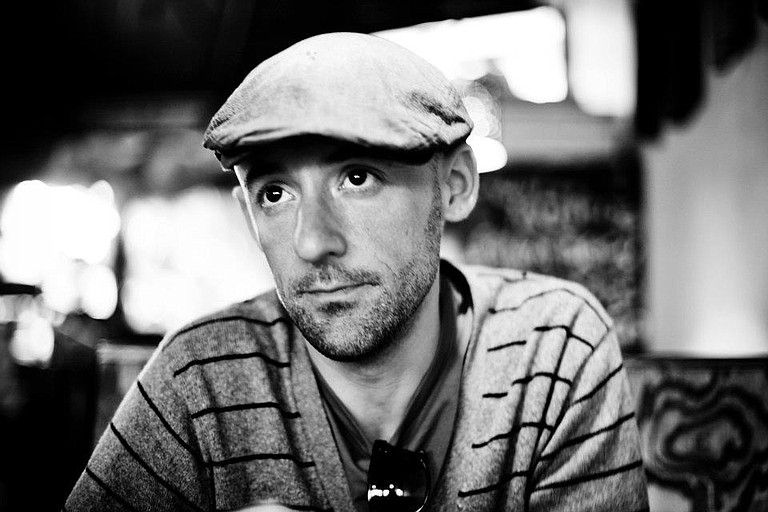 It took Ian Hanson 20 thumbnail sketches to come up with "Dutch the Horse," his painting that will go to the winner of the Ruma Award, which honors Mississippi's most promising filmmaker at the 15th annual Crossroads Film Festival this weekend.

Hanson is a co-founder of Priced to Move and a founding member of Midcity Print, a screen-printing collective based in Midtown. In past years, Ruma Award designs haven't always centered around filmmaking, so Hanson wanted a strong film theme in his piece.

Earlier sketches ranged from decidedly less whimsical to more conceptual. "Dutch the Horse," which depicts a pair of cinematographers tenuously mounted on horses in shallow water, is a playful look at what it takes to get a camera angle.

"I know the crazy lengths that directors of photography will go through to get a perfect shot," said Hanson, who has experience in video art directing.

Hanson, 35, grew up in Rankin County near the reservoir and attended Puckett High School and, later, the University of Wisconsin at Madison, where he graduated in 2002. He spent a few years in the midwest, in Madison and the Twin Cities area, before moving back to Mississippi in 2008 to work at a Ridgeland-based advertising firm.

He now works as a product development designer for a local company. Hanson recently worked on a music video for the band Furrows, which was featured in the Crossroads music video showcase.

Hanson also considers himself a film aficionado, primarily of action-adventure and spy-thriller genres.

"There's a lot of artsy foreign films in there, too," Hanson said.