How to Save a Zoo 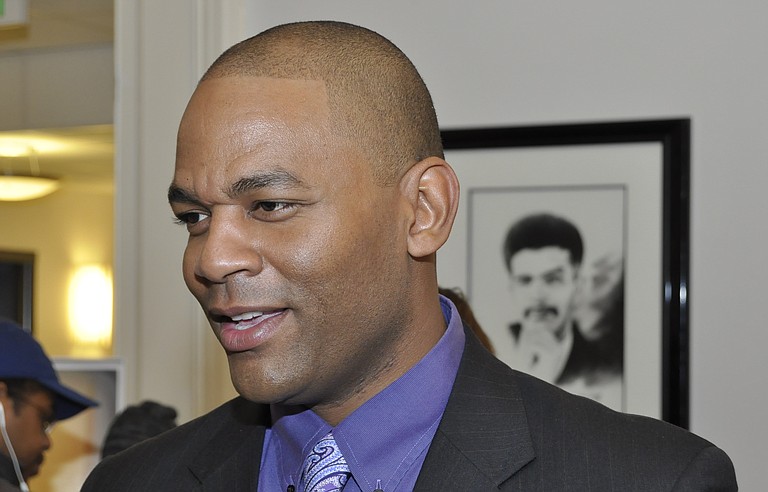 De'Keither Stamps picked the zoo over the circus—of the Jackson mayor's race.

More to the point, he said staying on the Jackson City Council to work out problems facing the Jackson Zoo was the reason he declined to enter the fray to become the next Jackson mayor.

"When we came into office in July, we had a financially struggling zoo that was on the verge of losing accreditation," said Stamps, who represents Ward 4.

Last fall, the national Association of Zoos and Aquariums denied the zoo's request for reaccreditation on the grounds that the zoo was not financially stable. The city and Jackson and Hinds County leadership pledged to help come up with the needed funds into the zoo's budget, but the zoo remained on shaky footing.

That all changed last week with the announcement that the AZA reversed that decision. The zoo will get its accreditation back and make a progress report to the AZA in six months and, then again in one year. The accreditation is good until 2016, zoo officials said.

Obtaining accreditation was a big deal in part because AZA-accredited zoos have exchange programs for animals, for breeding or health-care-related reasons, where member zoos trade out animals for periods of time.

A number of the Jackson Zoo's 750-plus animals are on loan from other zoos or "visiting" for the purpose of mating. If the zoo lost its accreditation, it would have to contact all its affiliated partners and let them know.

But the bigger problem for the zoo is dwindling attendance numbers that do not match up with its spending on exhibits and staff. Top zoo officials have pointed out that the park has spent $12 million on new exhibits in the past 10 years, but has experienced stagnant visitor numbers.

"Everyone can work together, and through visiting the zoo, attending events, and participating in programs, I know the Jackson Zoo will continue to make a turnaround," said Eric Stracener, president of the zoo's board of directors, through a statement.

Stamps sees an opportunity with the passage of the local-option sales tax referendum, which would give the city between $12 million and $15 million for street upgrades. While the money could not be spent on the zoo itself, Stamps wants to improve the corridors going into the zoo.

"I want to change Capitol Street so that you see some lions and tigers and bears," Stamps said. In addition, he envisions installing green spaces in some of the vacant lots that can be seen from Capitol and other thoroughfares that "would change the whole demeanor of the zoo.

In addition, zoo officials said the park would implement a financial plan that consultant Rick Biddle of Shultz and Williams developed. Stamps also wants to work with the Jackson Convention and Visitors Bureau to better market the zoo to Jacksonians.

"When you have an attraction, you have to present it properly," he said.

Great ideas by Councilman Stamps! The Zoo should also look to ALL of the Jackson Community for their fundraising and for their outreach. The are many African Americans in the City that are capable and willing to give and to provide input as it relates to increasing attendance and the Zoo's income. I live in South Jackson and have NEVER seen a billboard or any information spreading the word about the Zoo. The Board makeup should also be looked at to ensure that there are people on there who represent OTHER areas of the City. Certain people shouldn't be looked at as the only people who can raise funds and/or provide input into making the Zoo better for all.

From looking at the website, it looks like the Zoo has many opportunities/event to get involved. (Good website though) There seems to be a lack of connection between the Zoo and the community(Jackson and surrounding areas), it seems.

"I want to change Capitol Street so that you see some lions and tigers and bears," Stamps said. In addition, he envisions installing green spaces in some of the vacant lots that can be seen from Capitol and other thoroughfares that "would change the whole demeanor of the zoo."

From knowledge06, it seems to be a lack of promotion. I like the idea of the quote above to create a "theme" to that local community. especially since the Zoo is not right off or very near to a highway. The exit off of 220 onto W. Capitol should look like a gateway to adventure.

There is potential and this could be one of the projects that the city could actually plan, implement, fix and close out. Good luck.