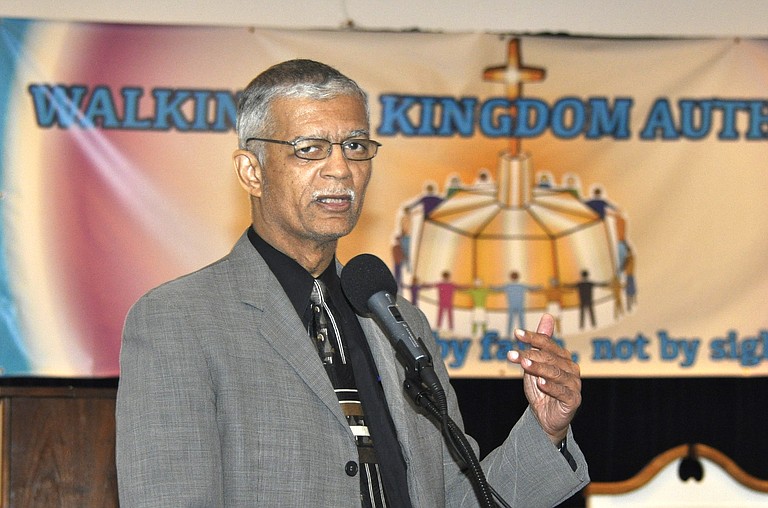 Jackson Mayor Chokwe Lumumba is aware that his controversial budget, which the city council passed Sept. 12 with a 5-2 vote, would ruffle some feathers. But he's OK with that. He didn't run for office to win any popularity contests.

In the end, he convinced the Jackson City Council that his plan to raise rates on water and sewer services and drastically increase funding for the public works department is the responsible move for the city.

After weeks of deliberation, the vote went relatively smoothly, with just one amendment added. Councilman Tony Yarber, Ward 6, proposed that $12,500 be re-allocated from the $100,000 fund to pay for an audit of city departments, and instead use the funds for Alignment Jackson, a nonprofit group aimed at facilitating community-wide collaboration in support of Jackson schools.

The council adopted Yarber's amendment with the mayor's blessing. It then proceeded to pass Lumumba's $502.5 million budget for the 2014 fiscal year, which starts Oct. 1, leading to applause from the crowd that filled the council chambers. The new budget increases the city's total expenditures a whopping 43.5 percent from last year.

Voting against approving the budget were Councilman Quentin Whitwell, Ward 1, who opposes what he perceives to be tax increases on the citizens of Jackson, and Councilwoman LaRita Cooper-Stokes, Ward 3, who opposes the rate increases for water and sewer services.

Whitwell tried to break the approval process into three separate votes: one for the millage increase the council already passed last week; one for the rate increases on water and sewer services; and another for the balance of the budget. After the city attorney's office said that was not possible, Whitwell suggested that the budget be broken into two parts—the capitol budget and the operational budget—so the council could vote on them separately. His motion failed for lack of a second.

"This is something that we've avoided for such a long time," Ward 7 Councilwoman Margaret Barrett-Simon said. "We're trying to ease the pain as much as we can. I think it would be terribly irresponsible for us to not pass these rate increases, given what we know about the Environmental Protection Agency and the consent decree."

At issue is a consent decree the city entered into with the U.S. Environmental Protection Agency in 2009, which requires the city to spend $390 million over 17 years to upgrade its wastewater management system.

"It's time for Jackson to stop buying what it wants and begging for what it needs," Stamps said. "We're going around begging for money to fix the things that we should do as a government, and I think it's time for us to stand up and take responsibility and start fixing stuff in Jackson."

Whitwell explained that his opposition wasn't an indictment of the mayor.

"Yes, we have kicked the can down the road, and yes, we have some major infrastructure issues we need to address," Whitwell said. "But we're talking about putting all this money into fixing a water system, and we aren't sure how many customers we have or will have in the future."

How many customers are currently on the city's system was not available by press time, but a few of them attended a city-hosted town-hall meeting at Progressive Missionary Baptist Church Sept. 4.

After an opening speech from Lumumba and Public Works Director Dan Gaillet, the audience peppered the mayor with questions, most of which concerned personal problems that residents were having—undrinkable water from one man's taps, inconsistent water billing sent to a woman's home and complaints of unusually high billing among them. The mayor answered them all.

But the mayor's explanation and Gaillet's presentation that night, designed to show how little people pay for water now and how little they will pay after the increase, did little to sway the opinion of those in attendance who spoke up.

"(The presentation) didn't do much for me," former Ward 3 city council candidate Zachary Williams said. "They could have made things simpler and just talked about the nuts and bolts."

Another Ward 3 resident, Joe Harvey, came out to express his displeasure with the water treatment he receives at his home at 4031 California Ave.

"The water is undrinkable," Harvey said after the meeting. "I have to go to the store and buy $40 of water to drink during the week, and now they are talking about raising the bill on the water I use through the system. My whole thought is, if it isn't broke, don't fix it."

"I'm going to turn that around on you a little bit," Lumumba responded. "The water and sewer systems are broke, and we're going to fix them. Alright? OK."