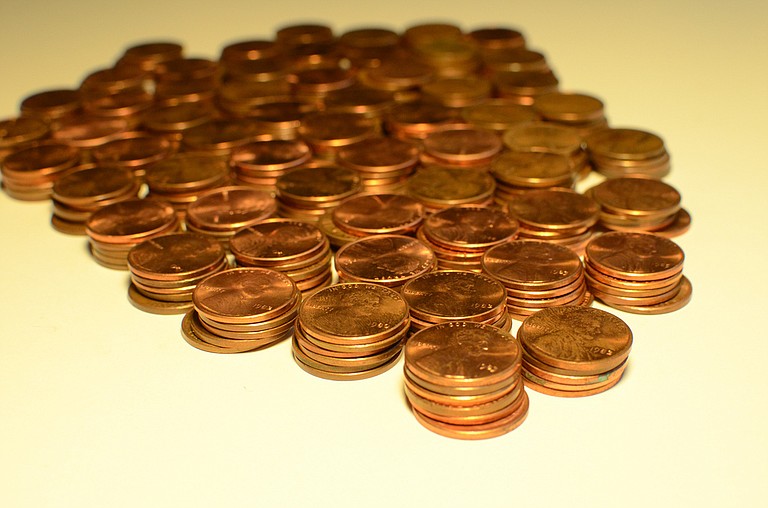 Jackson Mayor Chokwe Lumumba says he has found a way around the sales-tax commission issue, which has kept the city leaders from putting a 1-percent sales tax to a vote for years.

The commission, which the city, state-level leaders and the Greater Jackson Chamber Partnership would appoint, has been a bitter pill Jackson leaders did not want to swallow.

Lumumba now says he has negotiated a way the city can move forward on a vote without losing control of the spending process.

"I think I can publicly say that the solution we've come up with is the (Greater Jackson Chamber Partnership) has agreed to let us appoint their members to the commission," Lumumba said last week. "It's not perfect, but it would give us a majority on the commission."

Jackson voters spoke loud and clear on giving up Jackson's sovereignty over its tax dollars and resources earlier this year, when Lumumba defeated businessman Jonathan Lee in the race to become mayor.

Lee took an aggressive stance on regionalism, proposing that Jackson sell off some of its equity in its water-treatment facilities and, most importantly, pass a 1-percent sales tax increase in the city with the state-mandated commission in place.

Lumumba shared then-incumbent Mayor Harvey Johnson Jr.'s position that the commission, as mandated by state law, was a slap in the face to Jackson's leadership. But faced with steep spending increases to meet the challenges of a U.S. Environmental Protection Agency's consent decree and Jackson's crumbling roads, Lumumba needs the revenue that 1-percent tax would generate. He mentioned it twice in the past month during budget hearings, saying Jackson will need to pass the 1-percent tax if it hopes to avoid future rate increases on water and sewer bills.

Mississippi Senate Bill 2389 mandates that a "local" chamber of commerce gets to appoint four members of the 10-member commission. Although the four members must own businesses within the city, they do not have to be residents. Mississippi's governor, lieutenant governor and its speaker of the state House of Representatives each get to appoint a single member to the commission, giving Jackson's mayor the power to appoint the three remaining members. Under that makeup, the city could find itself in the minority to say how to spend its own citizen's tax revenue.

The law also requires that the commission establish a master plan for all streets, roads, sewage and drainage repair.

In the past, Lumumba, who represented Ward 2 on the Jackson City Council at the time the state Legislature passed the bill, took a hard stance against the establishment of the commission as the law mandates.

"The principle is that the people should decide." Lumumba said in a May 25, 2011, Jackson Free Press story. When he addressed the JFP editorial board in June 2013, Lumumba agreed with Johnson's plan to convince the GJCP to allow Jackson to appoint its members to the board, with reservations.

"I think that may be our second best option, but still it begs the question," Lumumba said.

"The state constitution and state laws give the power to determine the budget and how the money is spent to the city council, and when you take that power to give it to another body, you're depriving the people that the population elects to do their task. I don't think that's done in most places in the state, and it shouldn't be done in Jackson."

Jackson needs to implement a project like Oklahoma City did. A 1-percent sales tax has completely revitalized the entire city... Check out the link below. Jackson can make a comeback with this type of program!

MAPS 3 is a 10-year construction program designed to improve the quality of life in Oklahoma City.

Big difference between a citizens advisory board and a commission established by the Legislature. I really do hope the Chamber is committed to doing the right thing on this and allowing Jackson to make our own appointments. The mayor must hold firm on it.

I'm glad the Mayor negotiated a reasonable compromise solution. I hope the increased revenue will be put to good, productive use.

I for one am happy that Mayor Lumumba sees the value in moving forward with the local option sales tax. In this article Tyler Cleveland insinuates that the Mayor has come up with a new more palatable solution. However, I think it’s only fair to point out that the “solution” of having the chamber pledge its appointments to the city is not a Lumumba Administration innovation. The chamber had repeatedly made that same offer to former Mayor Harvey Johnson since the beginning of his last term. And since Mr. Cleveland brings it up, I think Mayor Lumumba is conceding that Jonathan Lee was indeed right. His position was that it’s not an ideal situation, but it’s an important enough to allow taxpayers an opportunity to weigh in on how we create revenue to fix the system. Now, post election, the Mayor seems to share that same position. The irony is that both this publication and Mayor Lumumba counted Mr. Lee’s position as naïve and politically uninformed. It seems to me that the Mayor (and maybe the JFP) have come full circle. Mr. Lee was on point all along. Let’s hope that the Mayor continues to study Mr. Lee’s play book.

ConcernedCitizen, that's a tad revisionist. Mr. Lee never expressed a concern about such a compromise to us. He did not seem to understand how important an issue this is to Jackson, which was a major concern we had about him: the whole "right or happy" meme seemed terribly naive for a city with Jackson's dynamics and history.

Lee seemed to make it clear that he would do the vote regardless and without any guarantee of those seats, and he didn't instill confidence that he would stand up to the chamber if need be.. We don't believe Lumumba will roll over on it, and he'd better not.

We'll all be watching and reporting about it if he does.