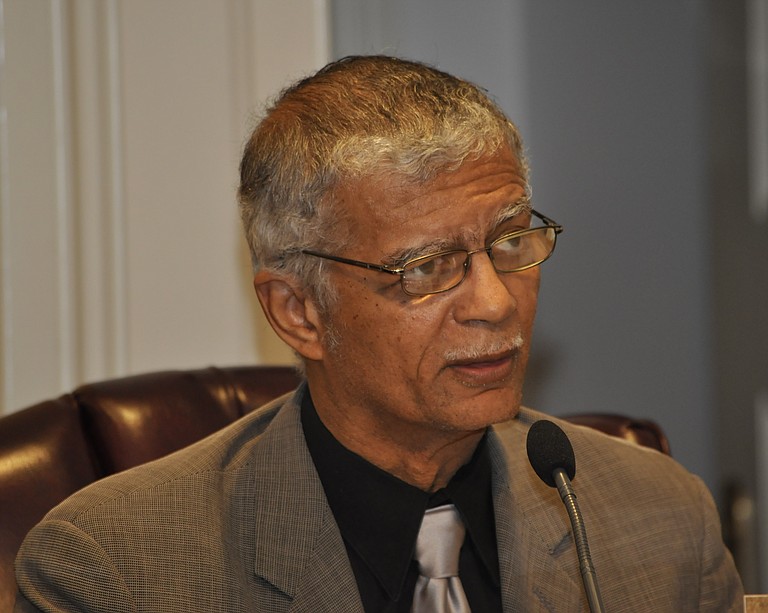 Chokwe Lumumba opposed the 1-percent sales-tax proposal during the campaign, but said he now realizes how much money the city needs to fix its infrastructure problems. Trip Burns

The Hinds County Board of Supervisors' election is Nov. 5, but Jacksonians shouldn't be ready to put away their votin' shoes just yet.

The Jackson City Council decided last week to authorize a city-wide referendum vote on the question of a 1-percent sales-tax increase for Jacksonians. It's a regressive tax, and a commission with members who may not live in Jackson serving on it.

This is not a tax Mayor Chokwe Lumumba said he wanted to pass before he got into office, and certainly not with the commission, which he saw as disrespectful to Jackson's leadership. State law gives appointments to the governor, lieutenant governor and the speaker of the Mississippi House of Representatives for the 10-member committee that will oversee disbursement of the roughly $15 million in expected revenue.

Some council members praised Lumumba for his decision to give the people a choice, despite the publicly unresolved commission question.

The council approved the measure with one amendment from Ward 4 Councilman De'Keither Stamps, which was designed to give contracting preferences to Jackson businesses for infrastructure work.

"This is imperative that we push forward supporting this referendum for the reputation of the city of Jackson to the Legislature," Ward 1 Councilman Quentin Whitwell said. "We should operate in good faith for what (the state Legislature has) done for us and what they've allowed for us to do."

Whitwell, a Republican, brushed off the notion that the commission is a slap in the face to Jackson, saying that ultimate power over additional revenue will remain, like all other revenue, with the city council.

"I have assurances from business leaders in my ward that they would not only not have a problem with my support for this, but that they would also support it going forward," Whitwell said.

Other members were more conflicted. Ward 2 Councilman Melvin Priester Jr. said he had "struggled mightily with this particular ordinance," because Jackson has a low average income and a sales tax is unprogressive in nature, but said he would defer to the mayor's mantra: "The people must decide."

"That is something that we can't get around," Priester said. "The people should be allowed to decide on this matter, and I'm looking forward to the process over the next few months."

Ward 3 Councilwoman LaRita Cooper-Stokes cast the lone "no" vote. She said her vote was cast after listening to the concerns of her constituents.

Duane O'Neill, president/CEO of the Greater Jackson Chamber Partnership and the man who will present eight nominations to Lumumba for appointment to the commission, came to the council meeting to assure members that his choices would be up to their standards.

"We've come to a good accord in our discussions," O'Neill said. "We should have no problems coming to a consensus (on the nominees)."

Lumumba previously said he had reached a deal with GJCP leaders, under which he would have the opportunity to choose the organization's nominees. Lumumba backtracked on that story when O'Neill said they still intend to nominate their own choices as state law requires.

Under the law, 67 percent of the $15 million would go to street repair, including reconstruction and resurfacing projects. Thirty percent would go to enhanced fire and police protection and emergency street repairs, and the State Tax Commission would collect the other three percent.

What is the $15 million dollar number based on? Is this the amount that would be collected per year for that 1 cent sales tax increase? Since grocery stores, restaurants and hotels are exempt from this tax, is that projected number realistic? When is the education campaign for the AVERAGE resident and voter beginning?

I can't believe that restaurants and hotels are exempt from this tax. Why must Jackson residents be the main shoulder for this tax. Hotels all over the country charge extra tax and there seems to be no problem.

I agree with knowledge06 that an education campaign needs to begin for the "AVERAGE resident and voter".

How much money is expected to be raised with the increase in water/sewer bills and the tax increase? It seems as if we are headed for some serious problems based on the average income of Jackson families.

Jess, restaurants and hotels may be exempt from this increase but they are already levied an additional tax. The hotels in the city have an addtional 3% tax and restaurants are 1%. The city has to be careful not to tax themselves out of business.