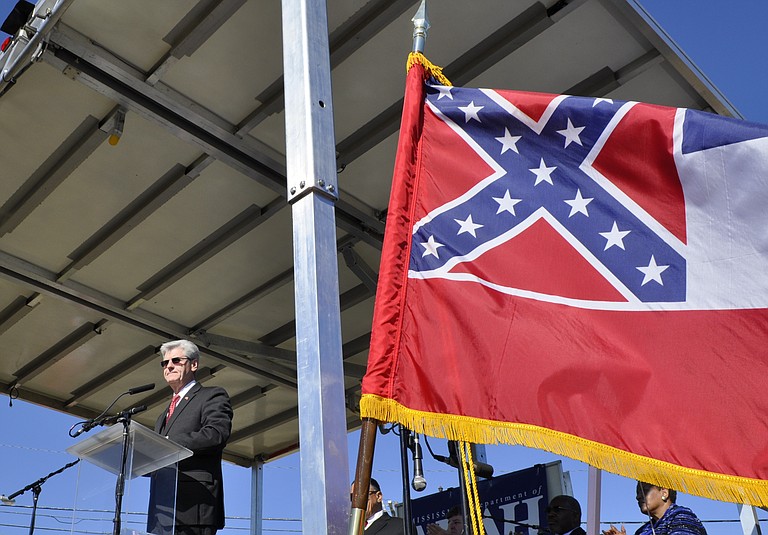 The grand opening may be four years away, but Thursday's celebration on North Street inspired enough Mississippi pride to last us until then.

Three former governors and the current one, the permanent first lady of Mississippi, Myrlie Ever-Williams, and various state leaders broke ground on the Museum of Mississippi History and the Mississippi Civil Rights Museum Thursday morning before a crowd of approximately 300 people.

Past governors—Haley Barbour, Ronnie Musgrove and William Winter—and current Gov. Phil Bryant tripped over each other trying to assign credit for the $80 million project, which will be the centerpiece of the state's bicentennial celebration when it opens in 2017.

The governors talked about the importance of having both museums in the same location, and explained why all the state's history, not just the parts we're proud of, are important.

William Winter, whom Barbour said should get the most credit for bringing the project this far, mentioned the rocky path the museum followed to date.

"There were several points when this museum project was dead," Winter said. "But as you know, nothing is dead in the Legislature until it's dead, dead, dead. We never reached that third stage of dead, and here we are."

He also gave credit to Evers-Williams, the wife of slain civil-rights leader and Jacksonian Medgar Evers, for placing her trust in the Mississippi Department of Archives and History when, in 2002, she donated the Medgar and Myrlie Evers papers to the archives.

"I thank Medgar Evers every day for believing, not only in his country, but in the state of Mississippi," said Evers-Williams, who returned to live in Mississippi. "He used to say, repeatedly, that this will be the best place to live in the United States, once we put our problems, our hatred and our racism behind us.

The ceremony concluded with the crowd joining together for a rousing version of "This Little Light of Mine," a gospel children's song that Mississippi civil rights hero Fannie Lou Hamer and others helped make into an anthem for the movement here.

The estimated cost of construction is $70 million for both buildings, plus $20 million for exhibits, artifacts and education venues. MDAH projects the museums will have an annual impact of $19 million on the state's economy—mostly in Jackson—with 200,000 projected visitors every year.

In the short term, building the museums will mean 500 construction-related jobs and $19 million in wages, MDAH reports.

The sight of that flag just turned my stomach. It is hard to believe that this Governor who will not expand Medicaid for the poor is interested in a Civil Rights Museum. It is also strange that Haley Barbour, who treated the Scott Sisters like two dogs who had murdered their mother, would have any interest in a Civil Rights Museum. These two women can not put their feet back on MS soil:They are native Mississippians.

That flag with the X of the Confederacy stirs a lot of pain for a lot of people and it is pain that the talk of and ground breaking for will not erase.

Yeah, my thoughts exactly. I'm guessing that the framing of the photo was no accident. Without saying a word, it says everything about where Mississippi has been and what is, in part, holding it back. As a child, teenager, and college student, I waved the confederate flag at Ole Miss games until I realized how divisive and painful it was for so many. Eventually the state will realize that we need a flag that unites us and one that all Mississippians can be proud of.

I will say this, I voted for that flag. It's a decision that over the past few years I've come to regret. I understand that it is part of our history, and it forever will be. However, I don't see the need to glorify the symbol by keeping it on our state flag.