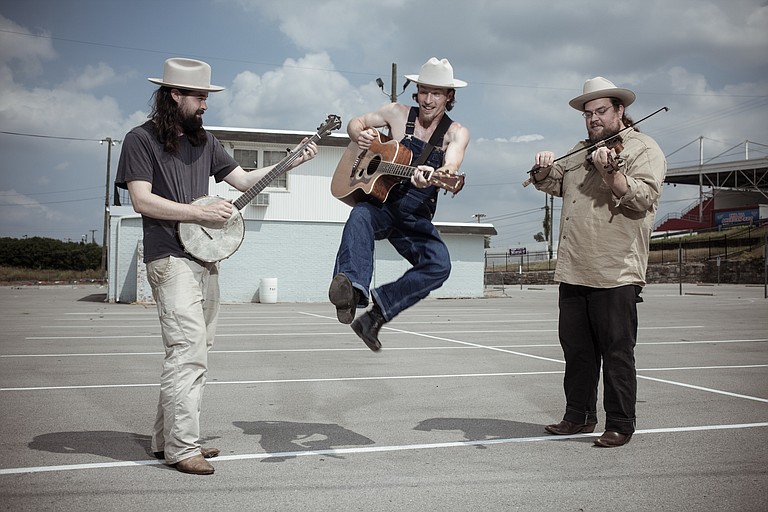 After Ian Craft and Jared Green joined Ben Plasse to play some bluegrass songs during a classical guitar recital at Ithaca College in upstate New York, Plasse's professor, Pablo Cohen, asked, "Who are these guys? The howlin' brothers?" The name stuck, and it followed the trio to Nashville.

Since that first performance in 2005, The Howlin' Brothers have released several full-length albums and a compilation of live performances and, most recently, an EP called "The Sun Studio Session." The band caught the attention of Brendan Benson, a solo musician, guitarist and keyboardist of The Raconteurs, and co-founder of Readymade Records. Benson signed the band to the label in 2012 and produced the album "Howl" in March 2012.

The six-song EP, "The Sun Studio Session," was recorded in the famous monument to American music in downtown Memphis. The second song on the EP, "Til I Find You," is an ode to lost love. In classic bluegrass fashion, the song rolls along the high tempo of Ian Craft's banjo, Ben Plasse's upright bass and Jared Green's pick-worn guitar. Green's voice wells up plaintive, beautiful lyrics, and the trio's separate vocals form a high and sweet harmony often associated with the music of Appalachia.

As a string band, The Howlin' Brothers present a raw and honest energy. "It's more infectious than a rock band. It allows for people to get dancing," Green says.

"The band usually dances on stage, too."

The Howlin' Brothers' effect on audiences is easy to see through videos of their live performances. And they don't just dance on stage. During the band's version of Carl Perkins' "Dixie Fried" and in its original song "Charleston Chew" on "The Sun Studio Session," the tapping and shuffling of the band members' boots are fully audible in the recording.

For Green, the term "Americana" and the label of bluegrass fail to fully characterize the band. Americana encompasses traditional forms of popular music and harkens back to a time when there was little (if any) difference between blues, country, rock 'n' roll, gospel and jazz. The Howlin' Brothers rely on more traditional forms of music, such as bluegrass or Dixie land jazz, as a platform on which to build its style and as references from which to pull inspiration for its sound.

The trio first met at Ithaca College in upstate New York, where the individual members played a variety of music. In addition to separate rock bands, Craft played in a steel drum group, while Green and Plasse received classical guitar training. After Craft, Plasse and Green met and started playing together, they found that they had a fondness for bluegrass and folk music. The three also eventually realized that they loved playing traditional acoustic music.

Since that time, The Howlin' Brothers have been active in recording and touring. The trio's albums, 2007's "Tragic Mountain Songs," 2009's "Long Hard Year," 2011's "Baker St. Blues," 2012's compilation of live performances, "Old Time All The Time," and 2013's "Howl," exhibit the band's development as musicians and the expansion of their sound beyond the definitions of bluegrass. Once the band signed with Readymade Records, it produced "Howl."

The band plans to follow the 12 original songs on "Howl" in 2014 with another 12-song album of original material The Howlin' Brothers just finished recording.

The Howlin' Brothers are on tour in support of "Howl" and "The Sun Studio Session." The band feeds off performing live and getting audience feedback, Green says.

As the band sings on "The Sun Session," "Get out on the floor, that's what it's for."