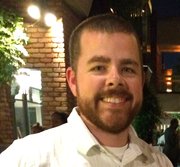 A lot can change in 10 years. Back in 2003, Jackson was a beer lover's wasteland, offering little to no selection and forcing grown men to pound PBR and Natural Light. Ten years later, Jackson's beer culture is vastly improved, thanks in part to Lucas Simmons and the company he helped start: Lucky Town Brewing Company.

Lucky Town—which started making more of its own beer in 2012 after a successful Kickstarter crowd-funding campaign—is one of only a handful of breweries operating in Mississippi. As Lucky Town's brewmaster, Simmons is responsible for the taste and quality of the company's successful concoctions that can be found on tap in watering holes around the capital city.

A lifelong Jackson resident, Simmons wasn't especially predisposed to have a career crafting appealing ales. His school-counselor mother and entrepreneur father didn't enjoy beer "any more than your normal Mississippian," he said.

Simmons' adventurous spirit led Simmons to taste every kind of beer he could land his hands on, systematically working his way through the regional beers of the United States.

"It's kind of where a lot of my interest blew up. ... I'd try another state and try those beers, see what everything else was tasting like," Simmons said.

That curiosity might never have turned into a career without a friend's invitation. After graduating in 2004 from Mississippi State University with an engineering degree, Simmons got a job at the Canton Nissan plant, where he met Victor Leon. Leon, originally from Tennessee, had spent some time in Germany and was quick to voice his opinion about the state of beer in Mississippi.

"His first comment (to me) was 'the beer selection down here is terrible,'" Simmons said.

Leon then extended an invitation that would alter Simmons' life. "He knew how to homebrew, and invited me over, and I brewed one time with him. It just kind of took off from there," Simmons said. He started brewing his own beer, attempting to replicate ales he couldn't buy from McDade's Market.

Fast forward seven years, and Simmons and his beer-loving buddies captured the prize for best overall beer and best stout at the Keg & Barrel Outlaw Home Brew competition in Hattiesburg, which bills itself as Mississippi's first home-brewing contest.

Now Lucky Town plans to start making its beers in midtown Jackson if the Jackson City Council OKs its request for a zoning variance. That vote is scheduled for Monday, Oct. 21.

"Hopefully, we'll be brewing in Jackson summer of next year," Simmons said.

Until then, catch Simmons at Jacktoberfest, where he'll be competing and serving Lucky Town's Belgian-style Blonde ale.