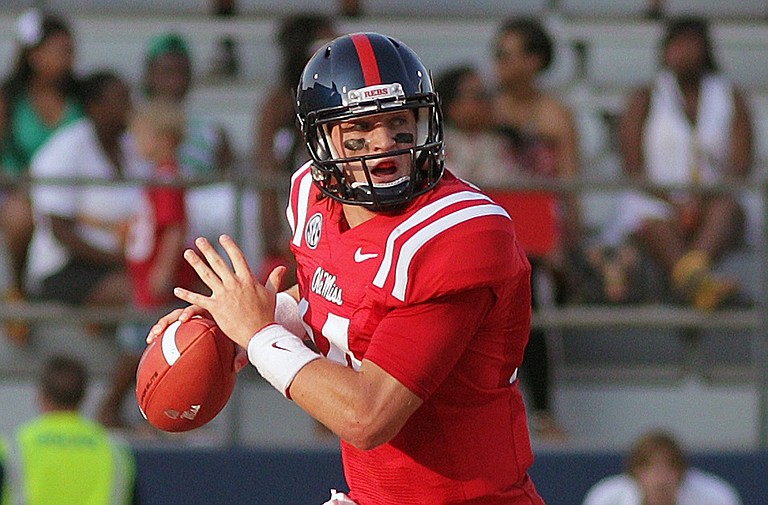 Bo Wallace of Ole Miss could be up for the Maxwell Award, among others. Courtesy Ole Miss

As the football season rolls on, we're getting a good idea of which players will be up for regional and national awards. A Mississippi college football player will win the Conerly Trophy, but other national awards could easily go to the top players in the state. Each season, the different awards put out watch lists of players to keep an eye on. Several players from college football programs in the state made these watch lists at the beginning of the season.

Maxwell Award: College Football Player of the Year (awarded since 1937)

Bednarik Award: College Defensive Player of the Year (awarded since 1995)

Lombardi Award: Lineman of the Year (awarded since 1970)