The Barbers of Fondren 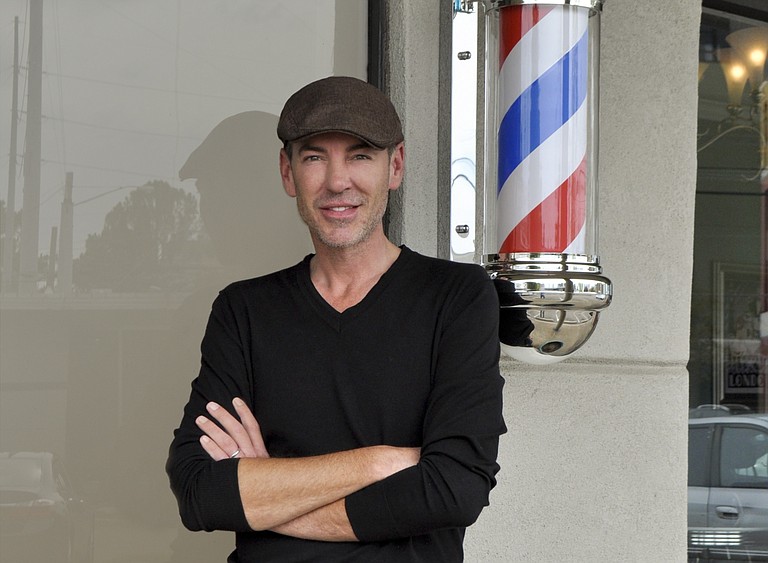 Opening a barbershop is something Eddie Outlaw (pictured) and his partner, Justin McPherson, have wanted to do for years. Trip Burns

Fondrenites may have noticed a new addition to the neighborhood: a small spinning pole with red and blue stripes. Is it a bird, a plane? No, it's the barber pole for Eddie Outlaw and Justin McPherson's new business venture Fondren Barbershop.

This idea has been brewing in the couple's heads for a long time. When they first opened William Wallace Salon seven years ago, they planned to expand their business to include a barbershop as well, but the economic crash put those plans on hold. Fast-forward five years to the departure of Au Courant Floral, which is consolidating into the M. Nicholas Collection space. That move left an opening two doors down from the couple's salon and re-ignited the idea in their minds. After jokingly bringing up the idea with friends, the response galvanized them into action.

"They loved it. They said we would be fools not to," says Outlaw, who writes columns occasionally for the JFP. If the enthusiasm of their friends wasn't enough, the landlord approached Outlaw and McPherson about taking over the space. "He had other people inquire about the space, but he wanted us to open a barber shop," McPherson adds.

The barbershop will offer the classic straight-razor shave with a hot towel. Outlaw plans to bring his modern training to this classic technique. He's nixing the mounds of hot whipped cream for a gel-based version, as well as incorporating some new products to soften beard hair before the shave. Outlaw will also include a men-specific line of facial products from salon tycoon Paul Mitchell.

"We will introduce the guys to these things (such as skin products), slowly, and for free at first," Outlaw says.

The barbers have other tricks up their sleeves as well, such as basic massage training to make shampooing a more relaxing experience.

This relaxed and comfortable atmosphere is central to Outlaw and McPherson's vision of what the salon will be. They hope to create a safe space where men feel more comfortable talking about appearances, and they believe the masculine environment will be key. "A guy is less likely to sit in a salon full of women and have his ears waxed," Outlaw says.

He hopes the barbershop will become a Jackson institution, the kind of community where Junior goes and gets his first haircut, where he learns how to shave, and ultimately feels comfortable asking questions such as, "What do I do about this nose hair?" Prices for cuts will range from $20 to $45 with a senior stylist, which might encourage men from all walks of Jackson life to stop in.

Beyond the barber poll, though, the space won't look like the barbershops of old. "A lot of things that are done in retro fashion, they tend to go out of style after a certain point," Outlaw says.

To avoid this, the barbershop will echo the decor in William Wallace Salon with neutral colors and a clean, modern feel. The touches are more masculine: think black leather and chrome. They also have commissioned Jackson artist William Goodman to create pieces for the salon that take vintage black and white photographs of barbershops and recreate them on canvases.

While last year the accent nail (usually the fourth finger) was huge in nail polish, this year nail art is taking off. Sometimes called "Pinterest nails" because of their prevalence on the site, these nail designs range from simple polka dots or stripes to full-on tiny painted scenes. Sharply pointed "stiletto nails" are also popular right now. The colors and trends that are big for fall and winter 2013 include: