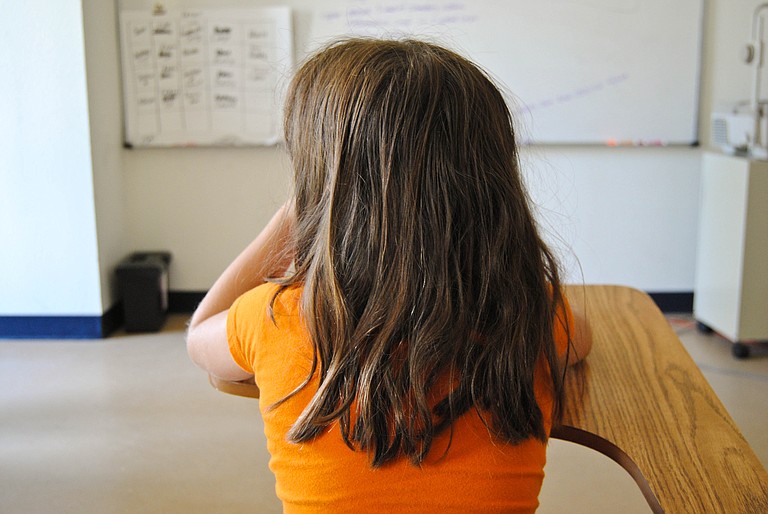 By the 2014-2015 school year, a new standard will be in place for Mississippi public school students, thanks to Common CORE, a new national standard already adopted by 45 states. Courtesy Flickr/Elizabeth Albert

Mississippi is consistently behind the eight ball when it comes to public education, but a new plan being implemented right now could change our students' educational outcomes in the future.

That plan is a new program referred to as Common CORE. It's not another standardized test, and it isn't a part of No Child Left Behind. It's a standard program, designed to level the playing field for students across the country by providing consistency for appropriate academic benchmarks for every school in the nation. It's already been adopted by 48 states, two U.S. territories and the District of Columbia.

The Mississippi Department of Education adopted Common CORE under former Gov. Haley Barbour in 2010. It must be fully in place by 2015, so the adjustments are coming to Mississippi, and soon, whether teachers and schools are ready or not.

"There's been a lot of conversation about the transition," State Rep. Cecil Brown, D-Jackson. "A lot of the teachers are going to have to have some extra training so they understand how it works and how to adapt their teaching style to the new standards." Brown added that this is not the first change to the curriculum in the state's history, and that the new teacher training is worth it because "... the idea as a whole is a good one."

Under the guidelines for English in the new program, students are expected to be grade-level proficient in reading, writing, speaking and listening before they can progress to the next grade. In math, students must show that they possess both procedural skills and conceptual understanding of covered content. The National Parent Teacher Association is circulating a guide for parents showing what students will be expected to learn by the end of each grade, starting in kindergarten and increasing each year to English II and junior-level math.

Giving a presentation at Koinonia Coffee House last Friday, Mississippi Association of Educators spokeswoman Beverly Brahan said the tests are going to help Mississippi's K-12 be more prepared for college or a career after graduation.

"Education is the bedrock for a strong community," Brahan said. "This program is an effort to get our students in Mississippi on par with the rest of the country, so they are prepared for college or a career when they graduate from our public schools."

Prepared for college is the key phrase there, because viewed as a whole, Mississippi has struggled getting public school students ready for the next level of education.

Whether the new standards are the key to bringing Mississippi's schools up to the national average remains to be seen, but the problem is clear as day--in 2012, Mississippi students average composite ACT score was 18.7, a full 2.4 points below the national average (21.1). According to statistics at ACT.org, only 11 percent of Mississippi's 28,288 students who took the ACT in 2012 reached national benchmark scores in all four major categories--English, reading, math and science.

Lanier High School biology teacher and Ward 5 city council candidate Bettye Dagner-Cook said she thinks that one reason the numbers look that way is because of the No Child Left Behind bill, which former President George W. Bush signed into law in 2001.

"I think we need one comprehensive test and not all these different types of standardized tests," Dagner-Cook said. "They take four right now--Algebra I, Biology 1, English 2 and U.S. history from 1877 to present. I think that's one of the reason children drop out of school. They want to blame a lot of that on other things, but I think reading problems are a big reason kids drop out. That English II test is a lot of reading, and if you don't understand one word in the sentence, that can make you choose the wrong answer.

"I swear, I think No Child Left Behind was designed to kill the public school system. They couldn't pass that voucher system, so they went another way. At least that's my interpretation of events."

Dagner-Cook said she fears Common CORE could end up hurting students in the short run, just as No Child Left Behind did, because of how quick the implementation process is moving along.

"We need to start at kindergarten and be brought on gradually," Cook said. "It's coming into play 2014-2015, and some school systems are already getting ready for it, and Jackson better get ready too. We really still don't know all the ins and outs of the (Common CORE) yet, but the students are going to have to do a lot of reading, inferring, going through the scientific method, and understanding of vocabulary. ...I feel like they are just going to bring it in all at once and it's going to be a whopper."

Brahan admitted they do not expect outstanding test scores from Mississippi schools in the first few years of the testing, but added that she was hopeful it would improve over time, thanks to the implementation of the program.

"(In that first year) It's probably not going to be pretty," Brahan said. "But it should put our kids on track to be on par with kids from all the other states, and it will pay off in the future."

This article is so typically Mississippi (or Misippi to use the vernacular). The biology teacher uses poor grammar as she speaks to the reading problems of the students. I found at least two grammatical errors in the article itself!
Further, this teacher and the author of the article are sorely misinformed about the tests. The CCSS will increase the number of tests these children take, and there is no assurance that they will be uniform with other states.

@Fishrhythms One uses "diction" when speaking, not grammar. But, please, carry on telling other people how to talk and write. :)