By the Numbers: Mayoral Primary 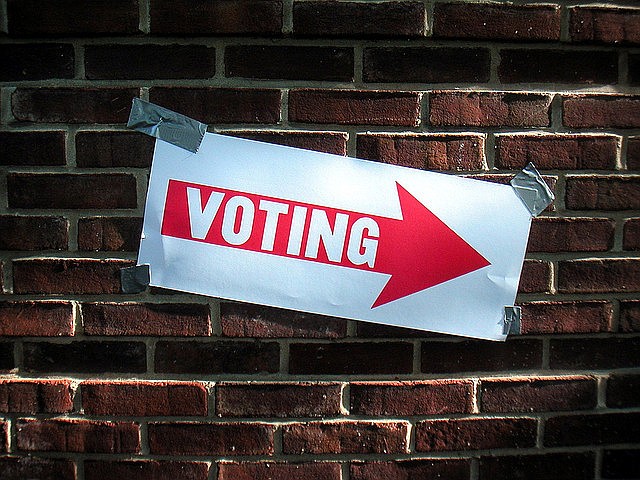 Voter turnout was low for the municipal primaries May 7 in most of Jackson’s precincts. Trip Burns

On Election Day last week, 35 percent of Jackson voters said Jonathan Lee was their top choice for mayor of Jackson. Another 24 percent said Chokwe Lumumba was their choice. Those numbers are almost certain to change some for the May 21 runoff, but how much they will change and why they might change has yet to be determined.

It's hard to predict, because only 30.7 percent of all Jackson's registered voters showed up. The 34,652 votes cast by Jacksonians was up from 33,800 in 2009, but the percentage of registered voters who showed up is down 4 percent.

Not to mention, in municipal elections, voters who did not vote in the primary can show up to vote in the run-off.

The low voter-turnout numbers were far from inspiring, but according to data, it also dictated the outcome.

Ten of the 89 polling locations received less than 20 percent of its possible votes. The worst offenders were Precinct 49 at the Jackson State Student Union, where 49 out of a possible 2,282 voters (1.8 percent) chose to voice their opinion and Precinct 89 at the Metrocenter Sears, where 131 of 980 (13.4 percent) voters turned out.

The Jackson State numbers can be explained by looking at the academic calendar, which excused students following final exams on April 27, nearly two full weeks before primary voting.

"It's disappointing," said Corinthian Sanders, a Jackson State student who ran for the Ward 5 City Council seat. "It was close to the same turnout in the general elections last year. People are just not educated on the importance of voting."

If trends continue, low voter turnout could have a big impact in the May 21 runoff between Lee and Lumumba.

Lumumba, the current City Councilman for Ward 2, garnered more support than Lee in 56 of Jackson's 89 precincts, while Lee trumped Lumumba in just 34 precincts, with one tie. But Lee won overwhelming support from white voters in Ward 1--winning by 706 votes and 622 votes in Precincts 34 and 35, respectively.

Of the 56 precincts that favored Lumumba over Lee, just 22 had an over-30-percent voter turnout. In the four highest-percentage voting precincts in Wards 1 and 7, in predominantly white areas, Lee drubbed Lumumba 2,087 votes to 20.

Based on Census tract data used to draw voting-precinct lines, Precinct 34 in Ward 1 has the highest proportion of white voters in the city at 99 percent. In that precinct, local businessman Lee carried just over 90 percent of the vote. Lee's next closest competitor in Precinct was incumbent Mayor Harvey Johnson Jr., who pulled 6.3 percent of the vote.

That polarization trend continued through the 11 precincts with the largest percentages of white voters, all of which are located in northeast Jackson. In these precincts, which average 1 percent to 15 percent African American voters, Lee captured an average of 79.6 percent of votes compared to 11.2 percent for Johnson and 3.4 percent for Lumumba.

Those Johnson votes may or may not go to Lee in the runoff, but it remains unclear whether boosting the white vote will generate enough votes to beat Lumumba if the race becomes more defined along racial lines.

Lee did poorly as the percentage of black voters increased. In the top 11 solidly black-voting precincts, which are located throughout the city and range from 100 percent to 84 percent African American, voters chose Johnson or Lumumba over Lee.

In precincts 23 and 31, both of which the Census shows are 100 percent black, Lumumba bested Lee and Johnson, receiving 30 percent and 37 percent of votes, respectively. But those two precincts both had lower than 35 percent turnouts, and have fewer registered voters than voting districts Lee walked away with.

On average, Lumumba received 31.3 percent of the 11 precincts with the highest proportion of voters. In these same precincts, Johnson received an average of 25.1 percent and Lee 22.3 percent.

Precinct 22 serves as a perfect example of a precinct that voted for Lumumba last Tuesday. It's the second-biggest district in the city and votes at Fire Station #20 on Medgar Evers Boulevard in Ward 2. There, Lumumba got 303 votes (41 percent) to Lee's 134 (18.2 percent).

The problem for the lawyer and civil-rights advocate is that less than 27 percent of that precinct voted. Compare that to Precinct 46, the largest voting district in the city. It's predominantly white and votes at Christ United Methodist Church in Ward 1. There, Lee got 726 votes to Lumumba's 103 (8.8 percent).

Both candidates won a huge voting precinct, but Lee comes away with 860 votes to Lumumba's 406. That's a recipe Lumumba can't afford if he hopes to win in the May 21 runoff.