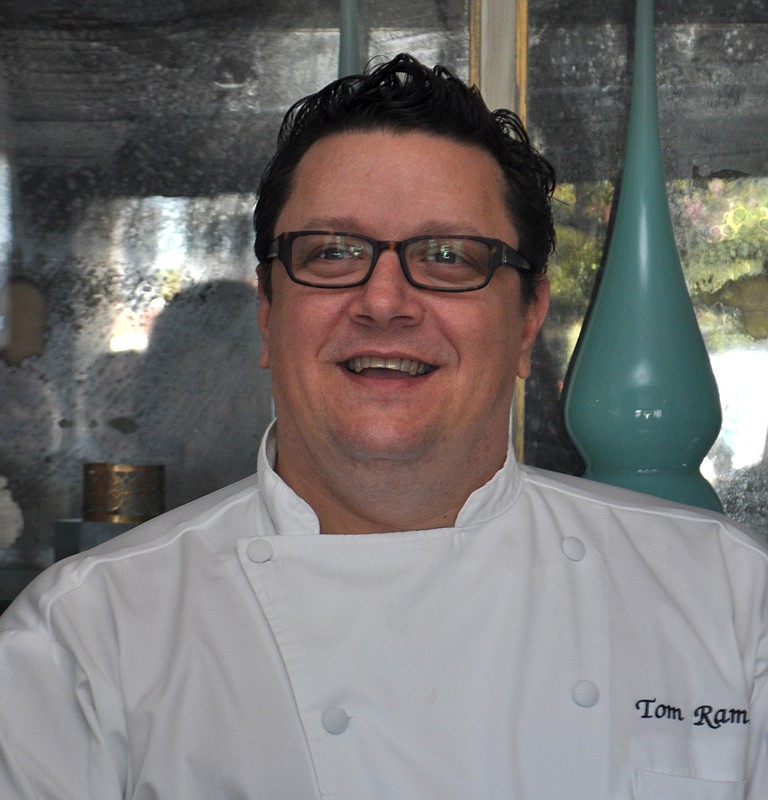 When it comes to food, James Beard is king.

"It's the Oscars of the food world," Tom Ramsey says. "The James Beard Society and Foundation, and the James Beard awards are the single largest honor chefs get. It's our big red-carpet event. To be honored with a night at the James Beard house, its something you put on top of your resume."

Next month, Ramsey, a local chef at Underground 119 and the upcoming Roux restaurant, will get that chance. But Ramsey isn't going alone. Seven chefs from Jackson are taking their cooking chops to New York City for the honor of cooking at the James Beard house.

Their journey started last September. "We got a call asking if we wanted to do a James Beard scholarship dinner," Ramsey says. "Instead of just doing it myself, I wanted to do it with a bunch of friends, so we did seven local chefs and we hosted a dinner for a little more than 100 people."

Jesse Houston, Dan Blumenthal, Jeremy Enfinger, Nick Wallace, Mike Roemhild and Mitchell Moore joined Ramsey in cooking the meal. "A representative of the James Beard Foundation came down here and it was a smashing success," Ramsey says. "The James Beard people loved it and we raised a little over $10,000 for the scholarship that we named after my dad and Craig Noone, the Bill Ramsey/Craig Noone Memorial Scholarship."

The dinner was such a success that the representative from the James Beard house suggested the chefs come to New York to cook at the house, an immesnse honor. "Maybe 150-200 chefs a year in the whole world get to do that," Ramsey says.

The chefs plan to cook essentially the same menu they planned for the scholarship dinner in Jackson in January, but with seasonal summer vegetables rather than winter produce. They will cook the meal in New York at the Beard house June 8.

To raise funds for the trip (the James Beard house provides location, plating and waiters, but the chefs must pay for transportation, lodging and ingredients for themselves and their sous chefs), the seven chefs are hosting a series of fundraiser meals.

The latest, Southern Comfort Redux Picnic by the Lake, is this Sunday. The sunset picnic overlooks the lake by the Livingston Farmers Market. The menu includes picnic interpretations of favorite Southern classics, such as lemonade-marinated fried chicken, rabbit and dumplings, and sweet potato pie.

With live music and a lakeside sunset for entertainment, the atmosphere promises to be laid-back yet upscale. Guests are welcome to BYOB (bring your own blankets, beverages and bottles), or they can purchase beer and wine at the picnic. All the proceeds go towards financing the trip to New York.

Ramsey says the visit to the Beard house is an opportunity to show the culinary world what Mississippi can bring to the table. "The fact that seven chefs from Mississippi are doing this all at once is just a huge statement about the culinary state of Mississippi," Ramsey says. "Jackson has a real potential to show off as a food city. ... We have unbelievably talented chefs with local, seasonal, sustainable, fresh ingredients. It just gives us a much bigger stage to show off to the world than we've had in a long time."

The Southern Comfort Redux Picnic by the Lake is Sunday at 5 p.m. at the lake by the Livingston Farmers Market (129 Mannsdale Road, Madison). Tickets are $50 per person, available at Underground 119 (119 S President St., 601-352-2322 or at the entrance to the event. Find the event on Facebook for more information and the full menu.