Stinker Quote of the Week: 'Germane' 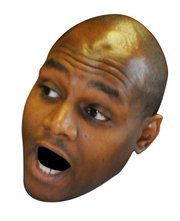 "It's a business matter that is unrelated to the campaign. ... It's not germane."

—Jackson mayoral candidate Jonathan Lee regarding default judgments in lawsuits worth more than $123,000 against Mississippi Products, Inc., a  family business where Lee served, until recently, as president.

Why it stinks: First, if a person deigns to run for office—putting themselves in the public realm—that person should expect scrutiny in all aspects of their lives.

Second, Lee has campaigned on his experience as a business owner, making business faux pas such as this extraordinarily germane. He repeated the claim later in our interview, saying, "I run a business in south Jackson." Turns out, though, that Lee has never had any ownership stake in Mississippi Products, Inc., by his own admittance and says he hasn't run it in a year and a half.

Third, Lee told the Jackson Free Press that he stepped down as president of the company at the end of 2011, but he has not produced any evidence of this. Corporate filings from the Mississippi secretary of state's website show that he was still president as of October 2012, after the lawsuits.