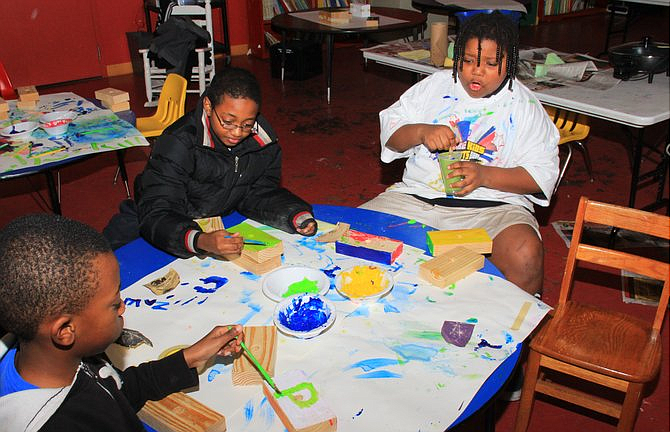 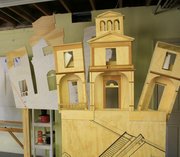 C3 participants are recreating areas of Jackson as a community-building interactive art project.

This spring, the Art Garden at the Mississippi Museum of Art is once again home to a participatory art project. Last year, Kate Browne brought the Cocoon Project to Jackson, inspiring the folks at MMA to create an annual event. Charleston, S.C.-based artists Gwylene Gallimard and Jean-Marie Mauclet are leading this year's public artmaking endeavor, called "C3 Project: Creativity. Conversation. Community." and subtitled "The Future is on the Table #4."

"The Art Garden, while it's a part of the museum, is a public space for the community to use, and that's why we feel like every spring a participatory art project like this is a great idea," says Julian Rankin, director of new media and public relations at MMA.

C3's name embodies what it's all about. "The conversation is a big part of it; the conversation within these different communities, and the vehicle to achieving this community dialogue is creativity," Rankin says. "So it's not just asking people to talk about things. But through this process of visually representing their communities, they're going to learn a lot about themselves."

The project started with five sculptures that Gallimard and Mauclet created in their Charleston studio and brought to Jackson. Each of these, which represent a different physical area as well as area of interest for Jackson, then went out to different communities where groups of participants worked to transform them and give them meaning. This week, Gallimard and Mauclet are installing the sculptures into the Art Garden.

"When they are all put together, the meaning may change, but at the same time they might find something specific and special to the garden," Gallimard says. She doesn't know what the end result might look like.

Since 1980, Gallimard and Mauclet have created interactive works together to promote dialogue, including the series, "The Future is on the Table." MMA chose the two to lead C3 after the executive director of Alternate ROOTS, Carlton Turner, recommended the French duo. Alternate ROOTS is a regional organization dedicated to art, activism and community.

The first location represented is Farish Street, focusing on the arts. That sculpture coming together at the Smith Robertson Museum. At Project Innovation (part of Midtown Partners), artists are recreating Midtown and focusing on urban renewal. Artists are focusing on civil rights at Tougaloo College and on art education at Operation SHOESTRING. The last location is the state capitol building, paired with a focus on civic engagement. That sculpture came together at Northwest Rankin High School.

By engaging these different community groups, many of which include people who might not usually visit or be familiar with the museum, the project aims to bring together Jacksonians who might not have otherwise interacted in order to exchange ideas and discuss what they've learned.

To further this goal, the museum will host community dialogue sessions this month. "The idea is that through this, hopefully we'll build connections with each other between communities that will continue into the future for other more practical goals," Rankin says.

"The hope is that all those things will come together to create some lasting effect, (creating) more openness and strengthening bonds between people in Jackson," Rankin says. "We have such a spread-out metropolitan area (with) a lot of different types of communities."