The Odd Journey of Mills for Schools 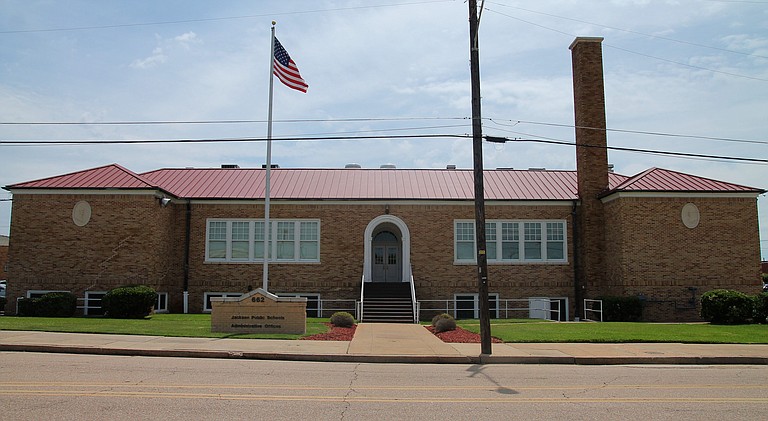 Something doesn’t add up between what the Jackson Public Schools district has requested from the city and what the city has provided to fulfill its obligations. Photo by Melanie Boyd.

Property taxes, also called ad valorem—Latin for "according to value"—are the assessed value of real property multiplied by mills; one mill is equal to 1/1,000 of a dollar, or $0.001. A millage rate is the number of mills a taxing entity uses to calculate how much property owners must pay each year so that the county or city can provide services such as fire and police protection, garbage pickup and road maintenance, along with public schools and community colleges. In the city of Jackson, the 2012 millage rate was about 172, which combined Hinds County, Jackson municipal and JPS mills.

Every property has an appraised value and an assessed value. Single-family, owner-occupied homes in Mississippi are assessed at 10 percent of their appraised value; for other real property, the percentage is 15. With a millage rate of 172, a house with an appraised value of $100,000 would be taxed based on the following equation: ($100,000 x 0.1) x (172 x .001) = $1,720. (Deductions, such as homestead and disability credits, could lower that figure.)

The value of one mill to the taxing entity fluctuates based on how much property is taxed and whether the value of that property rises or falls--in other words, how much it can expect to collect. If a city loses tax-paying population, for example, or property values drop, a mill's value decreases. Conversely, when population, new homes and commercial buildings are added to the tax rolls, a mill's value increases. In the past decade, the value of a mill for Jackson has gone from a low of $1.015 million (2004-2005 school year) to $1.141 million (2008-2009).

Millage rates—property taxes—might sound about as far from "sexy" as any story can be. But the well-being of Jackson Public Schools depends largely on the city allocating enough money to meet the schools' needs. And the schools' needs translate directly into the district's ability to meet the educational needs of the city's young people.

Jackson Public Schools Board members spent a good chunk of their June 12 budget meeting discussing millage rates. In what should be a straightforward process, property taxes collected from the citizens and businesses of Jackson make up about one-third of the JPS budget, which has come in between $198 million and $210 million annually since the 2010-2011 school year. The rest comes from state programs, such as the Mississippi Adequate Education Program, federal funding and other revenue sources.

By law, Mississippi municipalities are obligated to give their school districts the funds they request, as long as the school district stays within 4 percent of the previous year's request. Exceed that amount, and the district's citizens get a vote on the increase.

In Jackson, for example, voters approved a $150 million bond issue in 2006 to build a new school and make repairs to existing structures. With that vote, citizens agreed that the city could increase property tax rates to repay the bond.

This year, like every late spring and summer, JPS is calculating how much money it will need from the city to meet its needs for the upcoming year. The budget is divided into two sizable chunks. The first chunk goes to the school's operating budget, covering things like salaries, books and electric bills. The second chunk goes to paying off debt, such as the 2006 bond issue.

In August, calculations in hand, JPS will go to the Jackson City Council for its approval, which is a mere formality, in most cases. The council sends the JPS request to the city administration, which calculates how many mills it will take to cover the school district's request, and the city tells JPS how many mills it will dedicate to its schools. (See the sidebar "What's a Mill?" for an explanation.)

If the city doesn't collect enough property taxes to cover the request, JPS has options: First, dip into its reserves for the current year; second, at the end of the year, request a "shortfall note" from the city so that the millage applied to the school budget can be increased next year to replenish the district's reserves.

It seems like a straightforward process, but that's not what's been happening.

"The millage, as set by the city, has been inaccurate," board member George Schimmel said at the June 12 meeting. He indicated that the cumulative shortfall amount is in the vicinity of $20 million, and he questioned why JPS has never issued a shortfall note to make up the difference.

Sharolyn Miller, JPS chief financial officer, said that it was an "administrative" decision to use the district's general fund rather than issue shortfall notes. She indicated that during Gov. Haley Barbour's administration, the governor made a "great push" for schools to "utilize their fund balance" instead of raising taxes on citizens.

At some point, Schimmel said, that practice made for "poor financial management," and he asked Miller why JPS continued not to give the city a shortfall note even when taxpayers had voted for an increase to cover the 2006 bond issue.

Miller repeated that it was the decision of the administration, referring to the JPS superintendent.

The district has seen a number of individuals in the superintendent's spot in recent years. Cedrick Gray took over July 1, 2012, after a yearlong recruitment process after the city did not renew former Supervisor Lonnie Edwards' contract.

"The city shortchanged us," Schimmel said.

JPS seems to be in agreement with Schimmel. The district has requested an opinion from the state attorney general's office regarding how it might make up those lost funds.

"We're working the issue out," Miller said, adding that, hopefully, the district and the city can find a solution short of litigation. Last year, JPS sued the city when the council refused to accept an amended budget asking for additional funds. That suit has yet to be settled; however, it seems unlikely that JPS will be able to squeeze funds from the city retroactively when the district hasn't requested them for years.

The man responsible for setting the mills assigned to JPS by the city of Jackson is Director of Administration Lee Unger, Miller said. When the city does not assign enough millage, the school district has to use its general funds, even if the city collects 100 percent of what property owners owe.

That reserve should be roughly 6 percent of the JPS budget, Miller said, or about $11 million to $12 million. At the present time, the reserve fund, or general fund, contains about $3.6 million, she added.

Rick Hill, the city's deputy director of administration, returned calls regarding the city's role. Hill is second in command in Unger's office. His signature appears on the JPS Budget Certification for 2011-2012 sent to the state Department of Education and obtained by the Jackson Free Press. While he could not answer many questions due to the JPS lawsuit against the city, he confirmed that his office is responsible for assigning mills to JPS. He also provided mill values to the JFP for the past decade.

Given those two fluctuating values, one could deduce that the millage calculated to cover JPS' budgets would also fluctuate. But it hasn't. The millage set by the city of Jackson for JPS has remained constant at 74.99 since 2007.

Both parties, it seems, have fallen short. At the very least, JPS and the city are guilty of doing really bad math. At worst, someone's tinkering with the numbers.

The reason JPS had a short fall in the 2005 – 2006 budget was because of the influx of students due to Katrina. JPS enrollment went from 31,000 students to 33,000 during this period. However, they quickly returned to pre-Katrina numbers back to 31,000 students but JPS still received an increase in budget because of that one time scenario. The higher budget elevated the per student cost to over $15,000 per student and it remains that rate, or higher, today based on my understanding. JPS has more employees than Nissan with a disproportional amount in administration than in the classrooms teaching. Jackson deserves better. If JPS ran like Nissan every student would get a college scholarship…

I've heard these arguments before and one problem is the fact that School Bord and the City of Jackson start there physical year at different times. Maybey it would be a good idea to fact-check this with Mayor Johnson before he leaves office.

Hurry, time is RUNNING OUT!