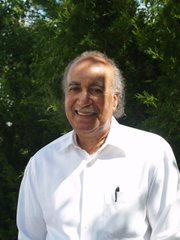 When one examines racial and ethnic relationships in America, the idea that race is not a salient factor is, at best, indefensible. Mississippi is no exception: We gave the world an in-your-face view of how many Mississippians feel about race following the election and re-election of our first black president, Barack H. Obama.

It only takes a few extremists to elicit displays of suppressed racism. The residues of pre-civil-rights thinking are still potent. They are less visible than in the '50s and '60s, but they aren't any less virulent. In Mississippi, some politicians—who freight their racial views with moral and religious values—constantly align blacks and whites against each other. The recent mayoral race in Jackson is an example: Harvey Johnson Jr.'s detractors portrayed him as too slow and too deliberate. Those who desire quick fixes to 200-year-old problems want knee-jerk activity when they experience inconveniences or have vested interest in change.

With school integration and blacks moving into white neighborhoods came the exodus of white residents and businesses, resulting in an erosion of the city's tax base. "When blacks come, whites go," is an occurrence repeated in cities throughout the country. Blacks, however, continue to patronize businesses even when they move to the hinterlands. (If blacks refuse to follow, the burden of support would fall to smaller suburban populations without the numbers needed to sustain them.)

In Jackson, this trend placed an increasing burden on a shrinking black middle class, while those who comprised the relatively larger low-income population have had difficulty simply meeting minimal survival needs. An appreciable number of black residents also left Jackson.

Integration gave some black Mississippians access to vertical social mobility, increasing the black middle class. Those who sacrificed personal safety, economic security, and their mental and physical health made those opportunities possible. Many lost their lives trying to break down some of the barriers to black participation in social processes.

But in the lull that followed the Civil Rights Era, many young blacks became directed toward self-aggrandizing efforts, conspicuous consumption and competition for economic opportunities. It has also given those who hold on white-supremacist ideology time to re-promote their cause. Blacks and whites who continue the struggle for human rights are targets for black opportunists and white conservatives alike.

Conservatism frequently serves as a cloak for racism and ingratiating behavior. Some would regress rather than progress, and Mississippi needs to be vigilant to that threat. The state has a noteworthy number of black elected officials, but I question their effectiveness on the state's persistent and pervasive socioeconomic and racial problems.

Jackson contains a relatively large black middle-income segment, but it has a larger lower-income population. The mayor is black with a predominately black city council; nevertheless, its power is limited in maintaining and revitalizing the city's infrastructure. These tasks rely heavily on businesses and on the citizens' tax dollars.

Black Americans tend to poll much lower than whites in areas that enhance quality of life and opportunities. This is a consequence of many variables. In Mississippi, the negative social evaluation of black people has resulted in "separate but equal" in practice—in educational institutions, social conveniences, health care, judicial processes, economic processes, etc. The state cannot actualize a system with equity and parity for the people where two subsystems exist.

A few blacks and some whites have made small fortunes pandering to ideologues striving to maintain traditional distance between the races. But change is in progress and it continues despite efforts to thwart it.

Many Mississippians are willing to cooperate to enhance life chances and quality of life for all in our state. It is the responsibility of all races and ethnicities to join together on a path toward justice, tolerance and the acceptance of the national ethos for all.

Blacks and whites who argue that race is no longer a potent variable in human relationships must first acknowledge its lingering presence. It is only after we recognize a problem that the remedy and solution become possible.

Rommel W. Benjamin is a retired sociology professor living in west Jackson. He taught at numerous universities throughout his career, including Southern Illinois, Mississippi Valley and Jackson State universities.

Mr. Benjamin read your article and LOVED it!

Your article touches on so many things - it gives substance to the dog whistle messages we've been trying to explain to naysayers for the last 10 years in the Jackson Blogosphere.

Thanks for your efforts and look forward to hearing from you in the future.

Dr. Benjamin, As always, your sage words were taken to heart. You hit the nail on the head with the sentences "Negative racial attitudes encourage barriers that prevent and circumvent remedies. Custom weakens efforts to modernize the state"and "In Mississippi, the negative social evaluation of black people has resulted in "separate but equal" in practice—in educational institutions, social conveniences, health care, judicial processes, economic processes, etc. The state cannot actualize a system with equity and parity for the people where two subsystems exist."

Even the Mississippi Ecoomic Council has stated in their bluerint for the 21st century that the state must truthfully contend with its racial past and present if we hope to compete for a viable future.

Thanks for all that you give!