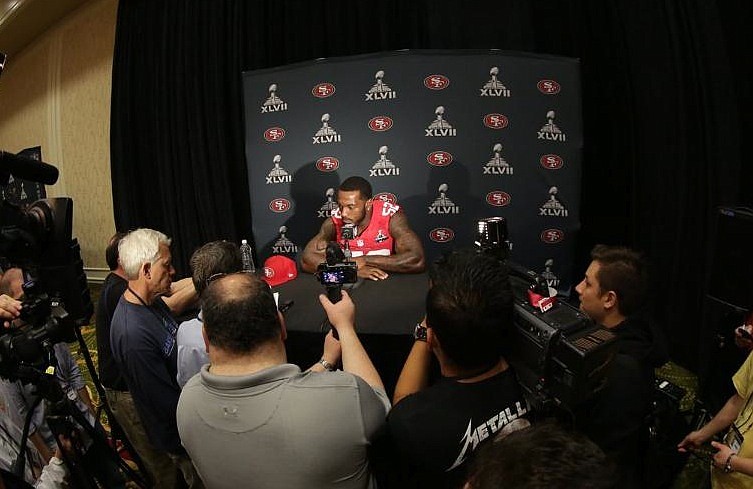 Mississippi State and Ole Miss fans will be happy at the end of Super Bowl XLVII, with a former Bulldog and Rebel guaranteed to win a ring on Sunday no matter which team wins the game. (And we all know how rare it is that a football game will end with both of these fanbases happy.)

Former Mississippi State star Anthony Dixon is making Terry High School proud with his play for the San Francisco 49ers. The running back doesn't get a ton of carries, but he does contribute on special teams.

This season, Dixon has rushed 21 times for 78 yards with two touchdowns. His second touchdown of the season came in the playoffs against the Green Bay Packers, which put the game away for the 49ers on a two-yard run.

Dixon made seven tackles and forced two fumbles. The former Conerly Trophy winner is in his third year with San Francisco, after being drafted in the sixth round of the 2010 NFL Draft.

Tramaine Brock's journey to the NFL was not by the traditional route. Brock played at Mississippi Gulf Coast Community College out of Long Beach High School. He helped lead MGCCC to a share of the NJCAA National Championship as a sophomore. He transferred to Minnesota for one season before finishing his college career at Belhaven University.

This season, Brock finished tied on the team with 15 special teams tackles and had his first career forced fumble against the St. Louis Rams. San Francisco converted Brock from safety to cornerback after the team signed him.

While he won't be playing in the Super Bowl, former Madison Central High School star Parys Haralson was placed on injured reserve in September. Born in Flora and working at his uncle's store and grandfather's junkyard while growing up taught the linebacker a strong work ethic.

Haralson went on from Madison Central to the University of Tennessee, where he graduated with a degree in criminal justice. The 49ers drafted him in the fifth round of the 2006 NFL Draft.

San Francisco linebacker Aldon Smith was born in Greenwood, and linebacker Patrick Willis was a star during his time at the University of Mississippi. Both linebackers are big parts of the 49ers defense.

While Brock, Dixon and Haralson will have little to no impact on the game (barring injury or major special teams play), Smith and Willis both will have to play well for the 49ers to win this game.

Smith attended high school in Missouri before going to Missouri University. San Francisco drafted him in the first round of the 2011 NFL Draft.

Willis was born in Tennessee and attended high school in the Volunteer State before heading to Ole Miss for his college career. Willis was also a first-round pick by the 49ers in the 2007 NFL Draft and is the second Conerly Trophy winner on the 49ers' roster.

While the 49ers boast a ton of Magnolia State flavor, the Baltimore Ravens have just two players with ties to Mississippi: offensive tackle Michael Oher and defensive end Parnell McPhee.

Oher was born in Memphis, Tenn., and attended high school in Tennessee as well. He spent his college career with the Ole Miss Rebels and might best be known for his starring role in the book and later movie "The Blind Side."

The Ravens moved Oher to right tackle for the playoffs when they rebuilt their offensive line for the postseason. He has played very well in his more natural NFL position of right tackle.

McPhee's biggest play in the playoffs came against the New England Patriots. He batted a Tom Brady pass late in the fourth quarter of the AFC Championship game that was intercepted and ended any chance of a Patriots comeback.

This season, McPhee has 21 tackles, three tackles for a loss and 1.5 sacks. He also forced a fumble against the Indianapolis Colts when he sacked Peyton Manning in the AFC Divisional Playoffs.