Do As We Say, Congress Says, Then Does What It Wants 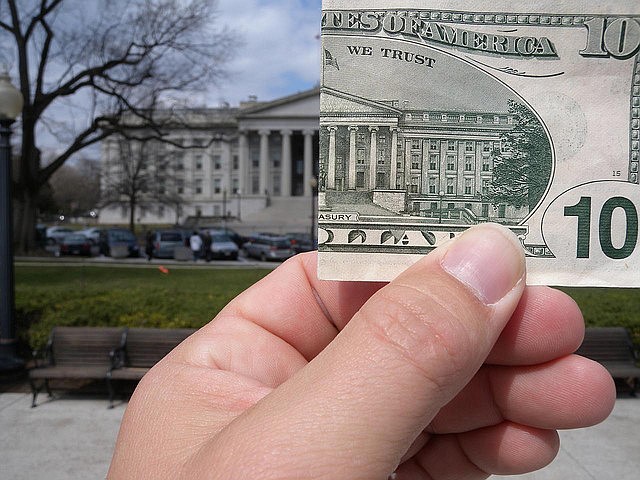 Congress is still exempt from portions of a number of federal laws, including provisions that protect workers in the private sector but don't apply to the legislative branch's approximately 30,000 employees. Courtesy Flickr/zieack

When CBS News reported in 2011 that members of Congress weren't prohibited from insider trading, Congress moved swiftly. President Obama signed a law banning it within six months of the broadcast.

But Congress is still exempt from portions of a number of federal laws, including provisions that protect workers in the private sector but don't apply to the legislative branch's approximately 30,000 employees.

Here's our rundown of measures Congress exempts itself from:

Whistleblower Protections: Congress passed the Whistleblower Protection Act in 1989, which protects workers in the executive branch from retaliation for reporting waste, mismanagement or lawbreaking. The Sarbanes-Oxley Act gives similar protections to private-sectors workers. But legislative-branch workers 2014 a category that includes congressional staffers as well as employees of the Library of Congress, the Architect of the Capitol and other offices 2014don't get the same protections.

Subpoenas for Health and Safety Probes: The Occupational Health and Safety Act empowers the U.S. Department of Labor to investigate health and safety violations in private-sector workplaces. If an employer doesn't cooperate, the agency can subpoena the records it needs. The Office of Compliance, the independent agency that investigates such violations in the legislative branch, doesn't have the power to issue those subpoenas.

Keeping Workplace Records: A number of workplace-rights laws 2014 the Age Discrimination in Employment Act, the Americans with Disabilities Act and others 2014 require employers to retain personnel records for a certain period of time. But as a recent report on the congressional workplace notes, "Congress has exempted itself from all of these requirements." Congress is also exempt from keeping records of injuries and illness the way private-sector employers are.

Prosecution for Retaliating Against Employees: If a private-sector employer retaliates against a worker for reporting health or safety hazards, the Department of Labor can investigate and, if necessary, sue the employer. Congress' Office of Compliance doesn't have that power 2014 legislative-branch employees must file suit personally and pay their own legal fees.

Posting Notices of Workers' Rights: Workplace-rights laws require employers to post notices of those rights, which often appear in office lunchrooms. Congress is exempt from this requirement, though this has little real-world impact. The Office of Compliance sends legislative employees the same information each year, formatted "in a manner suitable for posting."

Anti-Discrimination and Anti-Retaliation Training: The No Fear Act requires agencies in the executive branch to provide such training to employees, but the legislative branch is exempt.

The Freedom of Information Act: The public can request information from federal agencies, but Congress, the federal courts and some parts of the Executive Office of the President are exempt.

In addition to sparing itself from complying with measures it has made mandatory for others, Congress is violating of some of the laws that do apply to it, according to a recent report from the Office of Compliance. (The pint-sized agency, created by Congress in 1995, is responsible for enforcing a number of workplace-rights laws in the legislative branch.) The sidewalks surrounding the three House office buildings, the report noted, don't comply with the Americans with Disabilities Act. Neither do the restrooms in the House and Senate office buildings and the Library of Congress' James Madison Building.

The Office of Compliance cites certain congressional exemptions as particularly problematic. The agency's inability to subpoena information regarding some legislative workers' complaints about health and safety often means the office must negotiate with congressional offices to gather the facts it needs.

The Office of Compliance has urged Congress to apply the laws listed above to itself 2014 except the Freedom of Information Act 2014 with little result. Eleanor Holmes Norton, the non-voting delegate who represents the District of Columbia, introduced a bill in 2011 to do this, but it died in committee.

The number of complaints of discrimination and harassment filed by legislative-branch workers with the Office of Compliance has nearly doubled in the last two years, from 102 in the 2009 fiscal year to 196 in the 2011 fiscal year. Workers' complaints about retaliation or intimidation have risen even more sharply, from 36 in fiscal year 2009 to 108 in fiscal year 2011.

Even so, Debra Katz, a Washington lawyer who specializes in workplace-rights law, said some Capitol Hill employees might be holding back from filing complaints. House and Senate staffers, she said, are often reluctant to speak up about harassment or discrimination for fear of jeopardizing their careers.

"People are very loath to burn bridges by filing a complaint or going to the Office of Compliance," she said. "They don't want to go forward with bringing a claim, even when it's covered under the law."