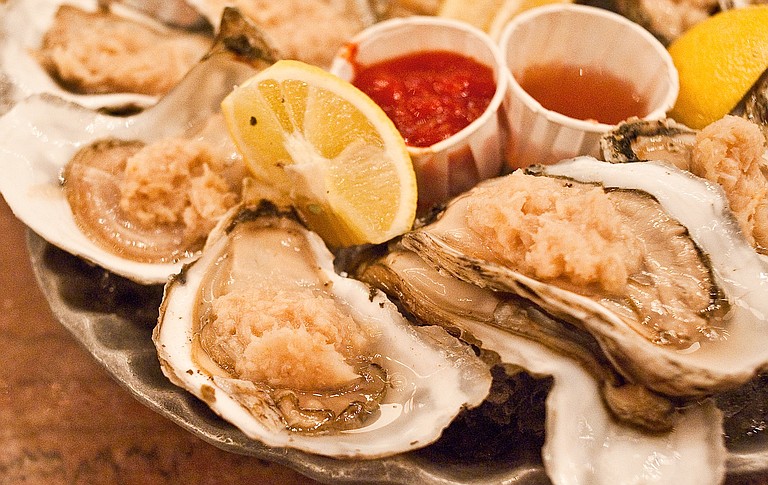 Come next summer, Jesse Houston plans to bring new seafood options to Jackson when he opens Saltine Oysters and Brew. 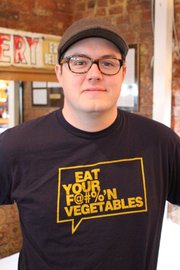 Former Parlor Market Chef de Cuisine Jesse Houston is preparing to make his return to the Jackson restaurant scene, this time as the owner and operator of his own establishment.

Come next summer, Houston plans to bring new seafood options to Jackson when he opens Saltine Oysters and Brew, a combination oyster bar and gastro pub—a bar that emphasizes craft beer and creative small plates of food such as appetizers. Saltine will open in Duling Hall (622 Duling Ave.) in Fondren.

"I feel like Jackson is such a seafood-centric town, but there just isn't a great place to get oysters and local seafood, and I wanted to bring that to the community," Houston said. "Oysters are something I've been passionate about for a long time, as well as great wine or beer with lots of complex characteristics and flavor profiles. It's all very exciting."

Prior to Saltine opening, Houston plans to continue doing pop-up events around Jackson, such as the Asian menu he created for LurnyD's Food Truck and the recent second annual Pop-up Pizza with Sal & Mookie's. Houston wants his upcoming event plans to remain a surprise, but said to expect them to have an oyster theme.

Houston is still raising capital for Saltine, but hopes to start construction in February. For information, call Houston at 601-955-4327 or follow Saltine's progress on Twitter @saltineoysters.

On Thursday, Dec. 5, Southwest Airlines announced that it will end flight services to Jackson-Medgar Evers International Airport effective June 7. Southwest has been steadily announcing the dropping of individual Jackson flights, such as Jackson to Baltimore and Jackson to Houston, earlier in the year prior to last week's announcement.

Southwest cites sustained declining demand for Southwest flights in the Jackson market as the primary reason for dropping Jackson flights. The company's recent merger with Atlanta-based AirTran Company, which served smaller cities, and a shift in focus toward the nation's largest cities are also factors.

Southwest will offer its 37 employees at Jackson International jobs elsewhere in the company.

The airline will also cancel flights to Key West, Fla., and Branson, Mo., in June. AirTran once served both areas. No other Southwest destinations are currently slated for closure.

Delta Airlines, American Airlines (which is about to merge with U.S. Airways) and United Airlines are now the only flight options for Jackson.

Midtown Partners and Millsaps College's Entrepreneurship Initiative (ELSEWorks) are gearing up to perform construction on The Hatch, a collaborative workspace for artists. The Hatch is part of the Midtown Cluster of Creative Economies along with The Hangar, which is home to four art studios, a demolition business as well as a warehouse that hosts various events such as the Stray at Home Art Market and the Priced to Move art sale. Space is completely occupied at The Hangar, meaning Midtown Partners needs to make more room at The Hatch.

The Hatch will provide up to 12 studios for individual businesses or entrepreneurs, business consultation from Millsaps College's Entrepreneurship Initiative, shared commission-free gallery space, a conference room with equipment, a classroom for community workshops, a community ceramics studio, shared storage, a kitchenette, technical equipment and warehouse, and industrial space.

Midtown Partners is trying to raise $25,000 by January to fund the The Hatch's construction through a crowdfunding site. The money will go toward completing the building's gallery and conference room, which will allow members and tenants to host meetings, gallery exhibitions and other events. Donations will also fund a community arts initiative in which each tenant at The Hatch will teach classes to the community in exchange for low cost overhead and business assistance. The Community Arts Center will assist in designing civic projects, public art installations and technical skills training.

Donations to The Hatch are tax deductible. For information, visit The Hatch's fundraising site or the Midtown Partners website.

The publishers and editors of ConventionSouth—a leading meeting planning resource magazine based in Gulf Shores, Ala., and distributed to more than 18,000 meeting professionals nationwide—recently presented the Jackson Convention Complex with a 2013 Readers' Choice Award. The complex has received the award five times since its construction in 2001.

"ConventionSouth readers and fans have voted to decide the best meeting sites in the South, and it is no surprise to us that Jackson Convention Complex has been selected to receive our annual Readers' Choice Award," ConventionSouth Publisher J. Talty O'Connor said in a release. "The value in receiving this prestigious recognition is that it comes from the United States' top meeting professionals who hold events in the South. These planners demand the highest level of customer service and quality facilities, and they have contributed in determining that Jackson Convention Complex indeed displays the commitment to professionalism, creativity and service that they require."

Throughout the year, meeting professionals nominated the meeting sites they believe provide exemplary service for group events. The nominated sites are compiled onto an online ballot where meeting professionals and fans are asked to vote for the best of the best. More than 6,500 voters participated this year and 150 convention and visitor bureaus, meeting facilities and hotels in the South received awards.

The Jackson Convention Complex will be featured as an award recipient in the December 2013 Awards Issue of ConventionSouth magazine, which will also showcase some of the most talented meeting professionals in the nation who are eligible for ConventionSouth's annual "Meeting Professionals to Watch" award.

Representatives from the Mississippi Development Authority plan to lead a delegation of Mississippi companies on a business-development mission to Western Europe from March 31 to April 4, 2014. The trip is designed to connect Mississippi businesses that want to expand trade and create new business relationships in the Western European market.

Stops include the United Kingdom and France, with the option for participating companies to make a third stop if they have business prospects in a neighboring country.

The U.S. Small Business Administration-funded Mississippi State Trade Export Promotion program will offset some costs of the trip by reimbursing eligible businesses up to 50 percent of their travel costs, including airfare and lodging, and providing translation services at no cost. Services also include scheduled appointments with prospective, qualified buyers, local transportation assistance and a customized itinerary.

Space for the trip is limited and offered on a first-come, first-served basis. Early registration is recommended. The deadline to register is February 14, 2014. For more information or to obtain a registration form, contact MDA's Senior European Trade Specialist Aggie Sikora at 601-359-2952 or email [email protected] Visit MDA's website to learn more about the agency's international marketing services and events or to request a consultation with an international trade specialist.