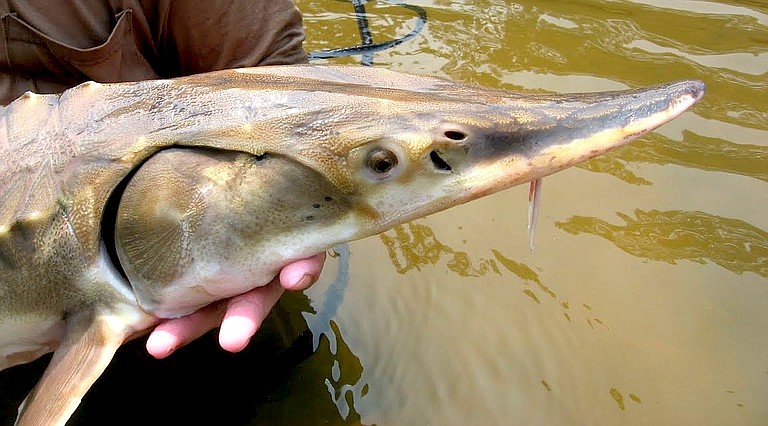 Developers of a flood-control project will have to demonstrate that the plan does not violate federal laws that protect such endangered species such the Gulf sturgeon. Courtesy U.S. Fish and Wildlife Service