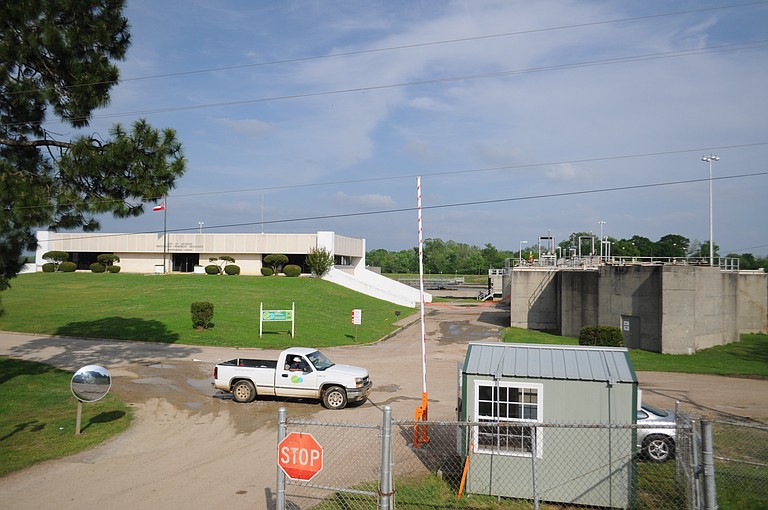 The Savanna Street Wastewater Treatment Plant is a regional facility that has drawn the ire of the Environmental Protection Agency and could cost the city over $1 billion. Trip Burns

It’s been four months since the Jackson City Council agreed to the consent decree from the U.S. Environmental Protection Agency. But when it comes to the city’s ongoing effort to fix its sewers and bring its wastewater management into the modern era, questions outnumber answers.

The U.S. EPA and the U.S. Department of Justice, along with the Mississippi Department of Environmental Quality announced in November a comprehensive Clean Water Act settlement with the city. Jackson has agreed to make improvements to its sewer systems to eliminate overflows of untreated raw sewage and unauthorized bypasses of treatment at the Savanna Street Wastewater Treatment Plant.

The city agreed to pay a $437,916 fine for dumping some 2.8 billion gallons of barely treated wastewater into the Pearl River. The city has already paid the first $109,000 installment on the fine. But the fine is probably less than one-tenth of 1 percent of the cash it will take to bring Jackson’s facilities up to the standards of the consent decree.

At the urging of Mayor Harvey Johnson Jr., on Oct. 8, 2012, the Jackson City Council voted 3-2 to a plan to spend $400 million over 17 years to make sewer improvements and to pay fines to the Environmental Protection Agency for releasing more than 2.8 billion gallons of minimally treated sewage into the Pearl River system from 2008 to 2012.

The EPA decree demands implementation of a supplemental environmental project to reduce the flow of water entering the sewer system by eliminating illicit storm-water connections and repairing defective, private lateral sewer lines from low-income residential properties. The price tag for that program is $875,000.

The city has spent $70 million in sewer-system improvements and $155 million on its water system since 1997. Although the city council approved the 383-page decree in October, the city didn’t officially enter into the agreement until March 1, making the first deadline July 1.

The EPA expects Jackson to have a west bank interceptor work plan, a blueprint for a facility to test the water dumped into the Pearl River for pollutants, by that date. Other deadlines outlined in the decree range from six months to 17 years.

The city council on Tuesday approved a pair of pertinent measures. The first was vote was to approve a $90 million water and sewer revenue bond “for the purpose of financing the acquisition, construction, enlargement, improvement, repair and/or extension of the combined wear and sewer system of the city."

The second was a measure to allow the mayor to sign a contract with Layne Inliner LLC to build the west bank interceptor facility. The agenda did not include a cost, but Chris Mims, Jackson’s director of communications, said that project is expected to run approximately $5 million. Mims added that the mayor plans to find solutions that will have the least impact on ratepayers.

The timeline leaves the man or woman who wins the Jackson mayor’s race with the tall task of overseeing the reconstruction of Jackson’s water and sewage system.

“I think that there is an approach that we aren’t using,” mayoral hopeful Jonathan Lee said. “That approach is utilizing our ability to partner with communities outside of Jackson that are currently on the system as customers.”

“It’s important to say that the bill is due. We have to address the problem. … But I think that rather than looking to the rate-payer, in one way or the other—by raising rates or floating bonds on the city’s bonding authority—is not the only way to get it done.”

Jackson attorney Regina Quinn, another leading candidate, worked for the city of New Orleans Water and Sewer Board while in law school. She said the Crescent City had similar problems at that time.

“Some of the penalties that they were assessed, instead of just paying the money over to the EPA, they presented proposals for some projects,” Quinn said in a February JFP interview. “That way, you use the money to do green projects, or other projects that will benefit your city, and have the money to go back into the city. That’s one thing that we certainly need to pursue.”

Quinn added that the money to pay for the project would be tough to come by, and that the city should take steps to work with the state Legislature to get some relief and to finally put the long-proposed, 1-percent sales tax on the ballot for an up-or-down vote.

Ward 2 Councilman and mayoral candidate Chokwe Lumumba agrees on the sales tax. He called for an up-or-down vote on the issue in a JFP interview earlier this month.

“On the 1-percent sales tax situation,” Lumumba said. “We just need to get it straight and, hopefully, shed that (oversight) commission. That’s one of the ways that we’re going to be looking at it. There are other companies out there that have lease-to-own programs in terms of repairing old water systems. What they do is, the city pays on it over a period of time, on a sort-of lease-to-own situation.

“For instance, just a hypothetical: A company comes in, and they put in like $400 million of pipes and change the system around. They own it. What happens is (the city) begins to pay them back. So you’re leasing it until you pay them back. That’s a possibility.”

The media has discussed that Mayor Johnson and the City of Jackson are already in conversations with other communities such as South Madison and West Rankin who use Jackson's sewer system. Wish folks would have all the facts before they started spouting off at the mouth.