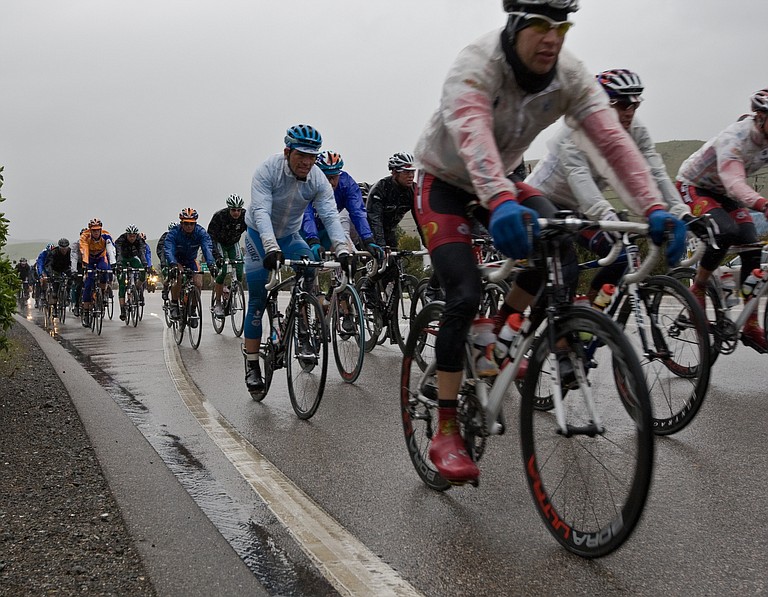 Biking has become a popular way for Jacksonians to increase activity. Mike Baird

It's an oft-quoted statistic that Mississippi is the most obese state and has been for a while. But in the capital city, at least, folks are working together to get healthier. Terry Sullivan founded liveRIGHTnow, an organization that promotes healthy living and eating, and helps its clients maintain health goals through individualized plans. The group hosts hill runs in Fondren, helps runners train for races and marathons, and provides support and ideas for healthy-living via social media.

Over the last 10 years, the healthy-living scene has changed for the better, Sullivan says. The running community has grown less isolated, and visibility—through national marketing campaign from sports outfitters, as well as neighbors seeing one another pick up the habit—has surged. Running for fitness and pleasure "is more popular recently because of the economy," he says. "Running is something that more people can pick up—you just need a pair of shoes."

In general, Sullivan says, Americans—even southerners—have spent the last decade becoming aware of healthy living. "People have started to realize that you need to something besides going outside and walking around to stay in shape.

For running enthusiasts, it seems likes 5Ks and distance events are popping up like wildflowers. Warrior Dash, a 3.34-mile race through mud, barricades and fire, came to Jackson for the first year in 2011 and attracted thousands of dedicated runners and probable drunk college students alike. Blue Cross Blue Shield of Mississippi has hosted the Mississippi Blues Marathon and Half-Marathon since 2008, and 5Ks and fun runs are popular in the metro area. Races have evolved into a fun, productive way to support local charitable organizations, schools or other good causes. (And the de facto happy hour after most races is a definite draw.)

Several running clubs, both casual and highly organized, keep pace around Jackson. Fleet Feet Sports puts on poker runs, where runners and walkers pick up playing cards from checkpoints along a three-mile course. The individuals with the best and worst hand win a prize.

Bicycling, too, has found favor with Jacksonians eager for inexpensive, independent exercise. Two local organizations, Bike Walk Mississippi and Jackson Bike Advocates, make it their mission to protect bikers and promote the burgeoning community. Melody Moody, executive director of Bike Walk Mississippi, told the Jackson Free Press that with biking, "the return on investment in Mississippi—whether that's health or economic development—can't be ignored."

Exercise fads have kicked Americans' drooping bottoms over the last decade—including power yoga, Zumba, Wii Fit, boot camps, even pole dancing. However, the greatest shift in our collective workout routines is "going toward shorter and more intense workout sessions," Sullivan says. "Instead of spending an hour in the gym on the treadmill, watching two TV shows ... you do 30 minutes of intense cardio. Studies have shown that these are more effective."

Sullivan explains that during the aughts and early teens, our eating habits began to change for the better as well. "Eating-wise, everything is going back to basics ... What I preach is going back to real food," he says.

"In the '80s and the '90s and early 2000s, we were wrapped up in convenience ... and now we're seeing that we're paying for that convenience. (In 2012,) we're moving away from the convenience factor and being more involved with food."

So if you've spent the last decade slowly experiencing a fitness reawakening, the next 10 years look promising for a healthy-living rebellion.