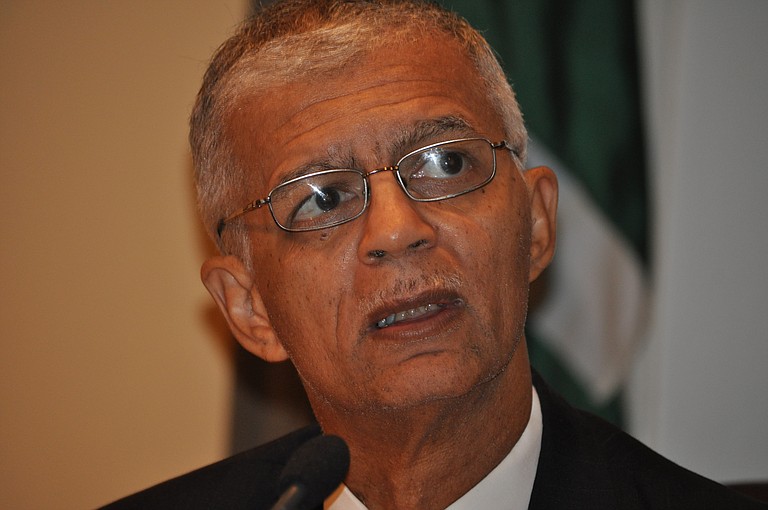 The Jackson City Council voted Friday to deny Jackson Public Schools the extra $2.7 million it requested for the upcoming fiscal year. The request was in addition to JPS' original budget proposal.

Instead, the Council approved the $86 million budget that JPS approved and presented to the public June 26. City attorney Pieter Teeuwissen advised the Council not to approve the additional $2.7 million, because JPS had not given sufficient public notice and publication of the request, in his opinion. Both budgets necessitate property tax increases.

Mayor Harvey Johnson Jr. and several Council members expressed frustration that JPS did not send a representative to the meeting Friday to answer their questions. Sherwin Johnson, JPS communications specialist, told the Jackson Free Press that Gray was out of town and unable to attend the meeting.

The approved budget includes an increase in property taxes of 2.5 mills. Mills are a way of assessing property taxes. One mill is equal to about $10 in taxes on a house valued at $100,000. The additional money will go toward paying off a pair of bond issues JPS received in 2006 and 2008 worth $150 million. The school district owes $2.3 million on those bonds in the upcoming year.

During the Aug. 20 presentation to the City Council, JPS board president Sharolyn Miller said the district needed the increase to hire replacements for some of the 100 teachers who have left, to buy new textbooks and to make school-bus improvements.

The approved JPS budget includes an operational budget of $69 million, a decrease from last year's $72.5 million.

Cooper-Stokes said the Council should not require JPS to have a representative at the meeting, especially because the Council approved the airport and library budgets Thursday without speaking to representatives from either of those groups.

"They are evidently in dire straits, or I don't believe they would ask for it," Cooper-Stokes said. "It is not politically expedient to vote for a tax increase in an election year, but I believe our children need it. I believe they deserve it, and I believe the citizens are solidly behind the schools."

Gray was not available for comment, but the superintendent's office released a statement shortly after the meeting.

Teeuwissen said at the meeting that he does not believe the city will be held liable for any school-district budget shortfall.

On Thursday, after more than an hour of arguments and failing to pass the city budget, Council President Tony Yarber recessed the special meeting until 9:45 a.m. Friday.

Lumumba quickly used his leverage in a four-member vote to push an amendment he proposed Thursday.

The amendment would set aside $75,000 in the city's budget to fund organizations that help citizens on fixed incomes pay their electric and water bills.

The Ward 2 councilman said the city has many needy citizens who already struggle to pay their bills.

Water and sewer rates will soon go up as a result of a consent decree from the U.S. Environment Protection Agency that will likely cost the city hundreds of millions of dollars in water and sewer repairs over several years. Lumumba said the city should help citizens in need however it can.

The amendment failed by a vote of 3-3 Thursday, with all Council members present and Yarber abstaining from the vote. Ward 4 Councilman Frank Bluntson and Ward 1 Councilman Quentin Whitwell, who both voted against the amendment, were not present during the budget vote Friday.

Lumumba, who has announced he is running for mayor next year, said he would approve the budget if his amendment was part of it. He then made a motion to add the amendment. The motion passed 3-1, with Barrett-Simon voting against it.

With the amendment on the books, the city budget passed by a vote of 4-0.

The JPS budget, which is separate from the city budget, became a distraction during city budget talks Thursday. Some council members did not want to approve the city budget with the JPS budget still up in the air. After it became apparent the budget would not pass Thursday, Yarber recessed the meeting until Friday.