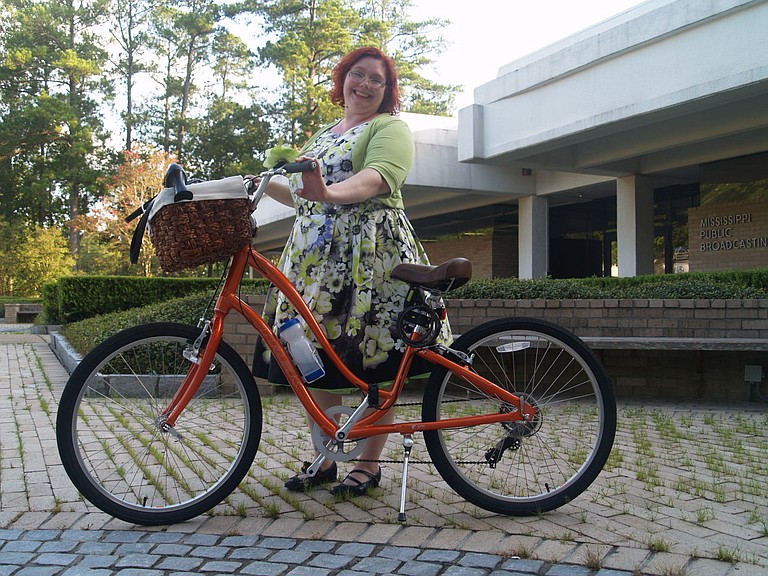 Deirdra Harris Glover is an inspiration. We first met about five years ago in a yoga class. As we moved through the class, the two of us surely took the championship for most fluid lost—both of us were sweating bullets. But seeing another full-figured woman take such joy in her practice was motivational.

In addition to her unfailingly bright smile and her penchant for bright colors, Harris Glover, 39, the public affairs specialist for the Mississippi Commission for Volunteer Service, deals with health issues that could floor a mere mortal. In 2006, Harris Glover received a diagnosis of rheumatoid arthritis and fibromyalgia. Osteoarthritis, which many of us deal with at some level as the result of age or injury, "is characterized by the breakdown of cartilage—the part of a joint that cushions the ends of the bones and allows easy movement," the Arthritis Foundation states on its website.

With rheumatoid arthritis, the body attacks itself.

"For reasons no one fully understands, in rheumatoid arthritis, the immune system—which is designed to protect our health by attacking foreign cells such as viruses and bacteria—instead attacks the body's own tissues, specifically the synovium, a thin membrane that lines the joints," the foundation states.

"As a result of the attack, fluid builds up in the joints, causing pain in the joints and inflammation that's systemic—meaning it can occur throughout the body."

With fibromyalgia, Harris Glover says, her body misinterprets certain chemical signals from her brain as pain. The condition manifests for her on a spectrum from a general feeling of being unwell to sharp pains without a cause.

"Like hot metal rumbling around," she says, describing how the pain sometimes feels.

One of the ways Harris Glover manages her symptoms is by staying active. Learning proper alignment and how to use her muscles effectively through yoga, she says, has made a huge difference.

"It's just as important as the medications I take," she says, adding that she took great care to find a doctor who would work with her. "I didn't want to over-medicate. I wanted to see what I could do on my own." She credits her active lifestyle for staving off the worst symptoms of her ailments.

Recently, Harris Glover was looking for an activity that she could share with her husband of seven years. Matthew, 35, is "super athletic," she says, and nearly 10 inches taller than she is. Yoga just didn't fill the bill because they couldn't talk with each other during practice. The couple then started looking at biking. She bought a low-cost model, but says she felt like Sisyphus pushing the rock up a hill. Finally, when a pedal fell off in the middle of a ride, she realized she needed some expert advice. She found it at the Bike Rack (2282 Lakeland Drive, Flowood, 601-936-2100, thebikerackms.com), and the expertise has paid off with a new Trek Pure.

"Being on the bike is really, really awesome because it's no impact," she says. " If you're going up a hill, it's pretty tough, but there's no strain on the joints; it's muscular."

Harris Glover now has a bike that fulfills her needs. She can put her feet flat on the ground while sitting, for example, and she can wear a skirt while riding. She doesn't have to figure out how to "mount" the bike, because it's made with a low step-through design, and she can sit upright, which minimizes pressure on her hands, one of the areas most affected by her RA.

"When you're full-figured, gravity is not on your side," she says, adding that just about anyone can find a bike to accommodate their physical issues, from recumbent bikes to three-wheelers for those who are balance challenged.

Her new Trek Pure bike is candy orange, a color Harris Glover loves, and has tons of accessories, which also make her happy. "There's a lot of ways to make it individual and make it fun," she says. "... It's the small things that you can do" that matter.