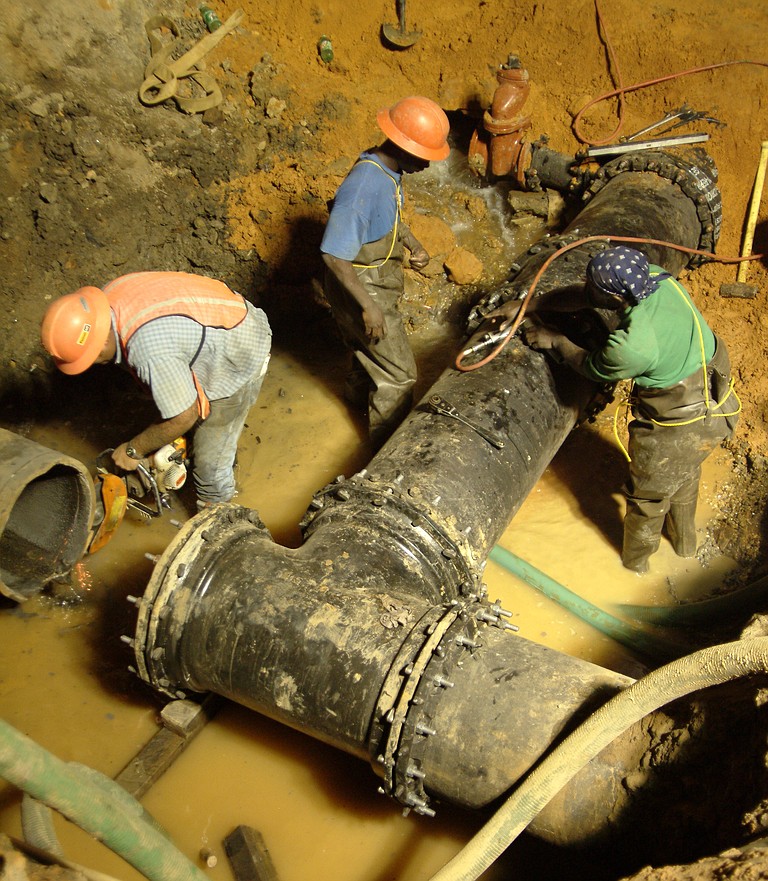 The city may have to begin what could add up to hundreds of millions of dollars worth of work on its sewer and waste-water system. Courtesy Jaro Vacek

JACKSON — The city may have to begin what could add up to hundreds of millions of dollars worth of work on its sewer and waste-water system.

The Jackson City Council's water/sewer ad hoc committee is reviewing a consent decree from the U.S. Environmental Protection Agency and the state Department of Environmental Quality that, if signed, will leave the city with a hefty bill to replace and repair a wide range of sewer and drainage problems across the city.

The committee is discussing the decree this morning.

City Communications Director Chris Mims said the city has been in negotiations with the EPA and DEQ for about two years on the decree, which will likely include the city paying a fine for violations of the Clean Water Act. Violations include sanitary-system overflows, storm water getting into the sewage drainage and overloading the water-treatment plant, lines bursting and sewage overflowing into streets and yards.

The city will likely have several years to complete the necessary improvements. Mims said the decree is not a result of neglect on the part of the city.

"The city's spent more than $100 million since 1997 on the waste-water system," Mims said. "We've been making improvements all along, but we realize that this consent decree is going to probably be several hundred million (dollars) more."

The city will get no grants from the federal government to pay for the repairs. That burden lies solely on the city and rate payers. Mims said Mayor Harvey Johnson Jr. and the Council are going to seek every avenue for funding available to minimize the affect on taxpayers. Those avenues include the state water-pollution-control revolving-loan program, which is funded, in part, by the state and federal governments and comes through the DEQ. The city must pay the loans back at an agreed-to interest rate at or below market rates.

To fund the improvements, the city will also look into bond issues and a sales-tax increase, which the city has sought from the state Legislature for at least two years. Both years, the billed failed to pass.

"Hopefully we'll be able to work with the Legislature this year and possibly get the local-option sales tax to a state that will be amenable to the city," Mims said.

In April, Memphis, Tenn. signed a similar decree with the EPA. It included $1.29 million in fines and an estimated $250 million in improvements.

In 2011, EPA lodged a consent decree with St. Louis, Mo. for violations. The estimated cost of that city's repairs was $4.7 billion over 23 years.

Ten years ago the Sierra Club canoe folk sued the city over these same type of Clean Water Act violations so the City has had ample time to address the sewer system. I blame the political party that the Mayor and Council belong to--the Democrats. I also blame the office holders themselves because each takes an oath to uphold the laws so the matter should be addressed in the legislative and executive arenas not the courts. The Green Party would not allow this type of municipal malfeasance because we respect the environment, but the Democrats just give lip service to these values. Beware to the downstream residents, the wildlife, & fisheries. Just about every river in our state is now unfit to fish in.