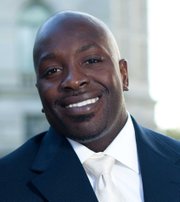 Twenty years ago, former presidential candidate and prominent conservative political figure Patrick J. Buchanan declared war at the 1992 Republican National Convention. This war, he said, was a struggle for the soul of America. Buchanan went on to declare that he and George Herbert Walker Bush were on one side of the war, while Bill and Hillary Clinton were on the other.

Whether he knew it or not, Buchanan’s “culture war” speech over the role of women in society, same-sex marriage and abortion foreshadowed a battle that still rages today.

Buchanan thought the triumph of the social right was inevitable. In 1992, he saw a country that was still center-right, the America of Dwight D. Eisenhower and Ronald Reagan. Surely, this America would never embrace something like gay marriage or women serving in combat if it was given the choice. His role, inevitably, was to shine a spotlight on any attempt to legitimize these immoral ideas.

Buchanan was temporarily right. America was not ready to embrace such ideas, and even after the 1992 Republican defeat, social conservatives forced President Bill Clinton to moderate on social issues repeatedly, including on “Don’t Ask, Don’t Tell.”

So we ask the question 20 years later: Who exactly is winning the culture war?

Consider this: Two decades after his declaration of war, MSNBC, Buchanan’s longtime “home,” fired him for controversial statements he made in his book, “Suicide of a Superpower: Will America Survive to 2025?” (St. Martin’s Griffin, reprint 2012, $15.99). The most contentious material in Buchanan’s book came from a chapter eloquently titled, “The End of White America.”

In the November elections, the citizens of Maine and Massachusetts voted to legalize gay marriage in their respective states while voters in Minnesota voted down a constitutional amendment to outlaw the practice. The voters of Colorado and Washington state both voted to legalize recreational use of marijuana. And, as far the two prime targets of Buchanan’s speech, Bill and Hillary Clinton, one is considered a frontrunner for the 2016 presidential election and the other delivered a major keynote speech this year that will go down in the history books.

While I will not go as far as Buzzfeed columnist Ben Smith and proclaim “Welcome to Liberal America,” it is clear the America Buchanan once knew has changed. This is not the America of Ronald Reagan, this is the America that Mark Zuckerberg, Bill Gates and Steve Jobs built. This is the America where male chauvinism and racism can end your career quicker than wide-leg or closed-leg stances.

Two GOP senate candidates (Indiana’s Richard Mourdock and Missouri’s Todd Akin) who were favored to win in Republican-leaning states where Mitt Romney won the electoral votes, lost their Senate races because they voiced their opinions about abortion and rape. They chose to jump into the culture wars, and they lost.

Buchanan’s tragic mistake was failing to understand the nature of the war he declared. The demographics of America are changing at a rapid pace. Globalization has both exported and imported ideas and technology that has made communicating and organizing far simpler than in the past. Now, people who in the past may have felt ostracized because of their beliefs are finding that their views are not unique, and they’re teaming together to voice their collective opinions.

Many would argue that the culture wars are of less significance in the era of the great recession, and they may be partially right—economic issues are at the top of most American’s political worries. But whether it was at the Tea Party rallies of 2010 or the Occupy Wall Street camps of Fall 2011 and Spring 2012, symbols of the American culture are always present.

While the culture war is far from over, it is pretty clear that the momentum favors one side over the other. What the Pat Buchanans of the world will have to finally accept is that no matter how hard they fight, the America they once knew is not coming back. While it is unlikely that the entire country will become bastions of progressive ideals—as evidenced by the North Carolina gay-marriage ban passed earlier this year—we’ve seen a clear turning point. Consider this: Wisconsin, the state that placed Scott Walker in the governor’s mansion and then voted to keep him there on a recall vote, just elected the first openly gay member of the United States Senate.

Buchanan was right: There is a war for the soul of America. What he failed to realize was that it was a war that he would lose.

Anthony Hales Jr. is a graduate of Jackson State University and holds a master’s degree in public policy from George Mason University. He lives in Washington, D.C., where he works for the federal government. He is co-founder of the Seville Skills Foundation (sevilleskillscamp.orgg or facebook.com/sevilleskills), a non-profit that teaches life skills to urban youth through sports.

Agreed, Republicans must pivot away from social issues and focus on fiscal conservatism in order to stay relevant in the 21st century.