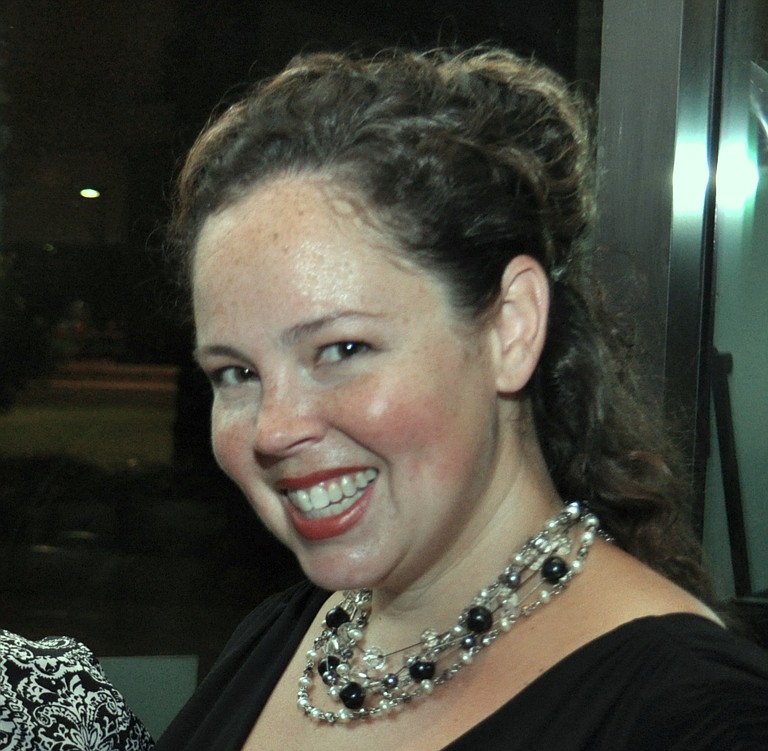 Jayne Jackson calls herself a community organizer: She brings people together with the help of food, wine, and—most recently—radio. She hosts a biweekly show on WLEZ-FM where she interviews other charismatic Jacksonians about goings-on around town.

Jackson, 36, is also a self-described "Rainbow Brite." This is a modest disguise, because in "real life" she does a million things, including being a mother to three little kids—Audrey, 2; Alex, 3; and Will, 4. After years in the restaurant business, Jackson cultivated an active love for people and organizing events. "I especially love restaurant people--we're a different breed," she says with a laugh.

She was raised in Jackson, and her family moved to Little Rock, Ark., when she was a teenager. Jackson stayed and "did her growing up" there, then followed her parents back to Jackson to start a family. In order to spend time with her daughter during the day, she worked nights at The Parker House in Ridgeland on and off for about 10 years. While at a wine school at Table 100 in Flowood, Jackson met Nelene Ledford, who produced the WLEZ radio show before her; the rest is history.

After Edward St. Pe' established National Weather Networks, where he produces weather reports in nearly all 50 states, he founded WLEZ as a "just-for-fun" project.

"That to me was the most appealing: starting with nothing and trying to expand our market and use this to reach more people. ... We're given complete license to do whatever we want to do. It's really the way that Edward St. Pe' gives back," Jackson says.

Jackson does the research to find guests and tries to balance the topics to keep the city's diverse demographic interested.

"I really look for somebody that's making a difference. I want somebody to tell their story," she says. "I really want to be a part of the racial-healing process in this area. I think it's time. I think a lot of people in this area are ready to take that next step and look for some healing with our racial divides, because they still exist."

Jackson credits her positive outlook about the capital city and its people to a core gratefulness that she developed during high school. Her parents worked in ministry full-time, and her family of six had a hard  time, financially.

"It's one of the things in life that has colored me," she says. "I don't see color in people. I don't see financial differences in people. It's made me a much more open creature."

Tune in to Jackson's show on WLEZ 100.1 FM Wednesdays and Fridays at noon.