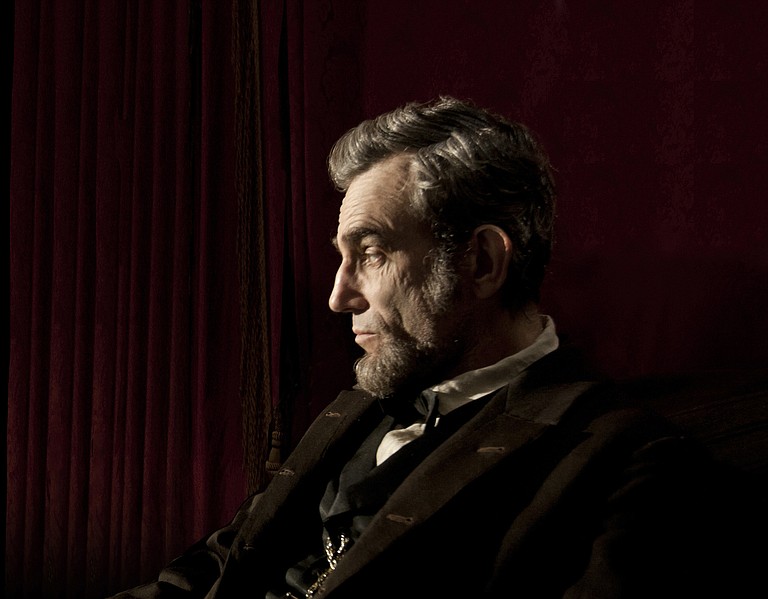 “Neither slavery nor involuntary servitude, except as a punishment for crime whereof the party shall have been duly convicted, shall exist within the United States, or any place subject to their jurisdiction.” U.S. Constitution Amendment XIII.

The 13th Amendment is so morally right that it’s hard to understand the heated opposition to the amendment’s ratification. But it took skilled political maneuvering by Abraham Lincoln to pass the landmark amendment in 1865. And there was a cost.

Steven Spiel-berg’s latest film, “Lincoln,” opens on the battlefield, where soldiers in blue and gray engage in brutal hand-to-hand combat. These scenes are richly detailed and unspeakably horrifying as soldiers axe, bludgeon and maim each other. Lincoln (Daniel Day-Lewis) meets with the Union soldiers both black and white. He listens to what they have to say. He’s a soft-spoken, thoughtful man, fond of parables, weighed down by the bloodshed.

Recently re-elected for his second term, Lincoln is plagued by a dream where he stands on top of a black locomotive, speeding to an unknown destination. He discusses the dream with his feisty wife (Sally Fields), who lacks a filter appropriate for a first lady of her time. She believes the dream is a sign that he will abolish slavery.

Lincoln tells Secretary of State William Seward (David Strathairn) that he wants to move forward with the passage of the 13th Amendment in the U.S. House of Representatives. It has already passed the Senate. Seward questions the timing, but Lincoln is adamant that the amendment must be passed before the end of the war if it is to have a chance of succeeding.

The process to secure the votes is as bloody as the battlefield. Everybody wants something. Preston Blair (Hal Holbrook), who controls the conservative faction within the Republican Party, asks Lincoln to engage in peace talks with a Confederate delegation. Thaddeus Stevens (Tommy Lee Jones), a powerful Republican member of the U.S. House with an unyielding commitment to freedom and equal opportunity, wants nothing short of racial equality.

Many members of Lincoln’s cabinet oppose the amendment, and the Democrats are positively vitriolic against it. Lincoln demands that his advisers procure the votes needed to pass the amendment. “I am the president of the United States,” he tells them with power in his voice.

Tony Kushner’s superb script, based in part on Doris Kearns Goodwin’s 2006 book “Team of Rivals: The Political Genius of Abraham Lincoln,” looks behind closed political doors into kitchens, smoky offices, and parlors where political rivals barter deals, where patronage jobs get traded for votes, and legal technicalities are exploited to the frayed edges of good faith. But it also looks behind the pristine image of Lincoln, the Great Emancipator who seems to be indelibly sculpted from virtue.

It’s an enormous pleasure to see a movie that’s really about something and that doesn’t water down the subject to make it easier to ingest. Lincoln is no saint here. He was a mixture of master strategist, used-car salesman, maniac, pompous bore and messiah—in short, he was the consummate politician. We see the pressures of deal-making squeeze the juice out of the man, but despite the odds, Lincoln strives to turn the bloodshed of the Civil War into something with enduring meaning.

Day-Lewis channels Lincoln. It’s not just his uncanny physical likeness to the iconic figure he plays, but his gestures, voice and reactions. He’s anguished, and he pulls you inside Lincoln’s frustration and his unspoken rage. He takes possession of you.

The scenes with Day-Lewis and Fields are intense, and Tommy Lee Jones spices up the film with his sarcasm and wit. He’s divine as a man who thinks the thoughts of the masses in the century to come.

Nearly everything goes right with this movie, which is a testament to Spielberg’s vision and his surrounding Day-Lewis with just the right players. “Lincoln” is one of Spielberg’s finest achievements in a career filled with exceptional accomplishments.