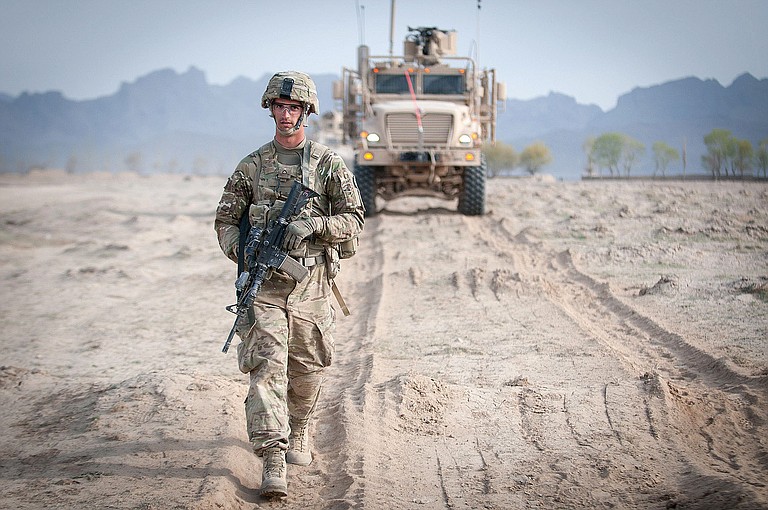 Missing military records from the wars in Iraq and Afghanistan 2014 detailed in a ProPublica-Seattle Times investigation over Veterans Day 2014 will be the subject of a congressional hearing next month, the spokeswoman for a House Veterans' Affairs subcommittee said today.

Michaud sits on the House Veterans' Subcommittee on Disability Assistance and Memorial Affairs, which added the topic to a Dec. 4 session about the Department of Veterans Affairs effort to move its claims and benefit recordkeeping systems into the digital era.

ProPublica and the Times found that some veterans were denied disability benefits or faced delays in some cases because field records were unavailable to prove that injuries were combat-related. The stories focused on missing Army and Centcom field reports rather than those created and kept by the VA.

Michaud called for a joint study by the VA and the Pentagon into the impact of missing field records on veterans' benefit claims and the ability to study war time health risks, such as concern about exposure to toxic particulates from open-air burn pits used to incinerate garbage in Iraq and Afghanistan.

"We cannot allow these lost records to lead to the same gaps in knowledge and care that our Vietnam veterans face with Agent Orange and our First Gulf War veterans face with medically unexplained illnesses," wrote Michaud. "We need to get to the bottom of this in order to understand the full scope of the problem and ensure it doesn't happen again."

Sen. Patty Murray, D-Wash., has also asked Panetta's office to report on the status of efforts to find and collect field records from Iraq and Afghanistan. A spokesman for Murray, who chairs the Senate Committee on Veterans' Affairs, said Panetta has not yet responded.

Among the witnesses being called to the Dec. 4 hearing are representatives from the Department of Defense, the VA, the National Archives and Records Administration and veterans' advocates, a subcommittee spokeswoman said.

The final list of witnesses will be released later, but David Hobson, executive director of the National Organization of Veterans' Advocates, said he had been asked to testify about specific examples of veterans who have had to deal with lost field records and the impact it had on them.

Despite assurances from the VA that veterans can work around missing field records, Hobson said, "oftentimes the other methods don't work out so well, if at all."

Below is the full text of Michaud's letter to Panetta:

I am writing to express my concern with recent reports that the military has been destroying or failing to keep records from the field in Iraq and Afghanistan. I am very worried that the lack of records will have serious consequences for current and future veterans of these wars.

According to investigative reporting done by ProPublica, the Pentagon was aware of this serious crisis in unit level recordkeeping as early as 2005, but multiple units are unable to produce any records through 2008. These records include after-action write-ups, intelligence reports and on-the-ground accounts, including information on fighting, casualties, prisoners, battle damage, pictures and maps. The lack of these records for the conflicts in Iraq and Afghanistan will have far reaching implications for both our understanding of these wars and the ability of veterans to get the care and benefits they have earned through their service.

In addition, I request that the Department of Defense provide information on the steps taken to ensure that military units are submitting field reports and any evidence that demonstrates improvement in the collection of these records. I request that the Department of Veterans Affairs provide information on how often these types of records are used by veterans to establish a disability claim, including claims where a witness affidavit is submitted in place of an official military record.

Our service members and veterans depend on your agencies and Congress to protect them in battle and to care for them at home. We cannot allow these lost records to lead to the same gaps in knowledge and care that our Vietnam veterans face with Agent Orange and our First Gulf War veterans face with medically unexplained illnesses. I appreciate your attention to this important matter and look forward to working with you both as we continue to care for those who have served our country.

Peter Sleeth is a veteran investigative reporter who covered the Iraq war for The Oregonian and helped the paper win a Pulitzer Prize in 2007 for breaking news. Now freelancing, his most recent piece for the Oregon Historical Quarterly is a profile of progressive-era activist Tom Burns.