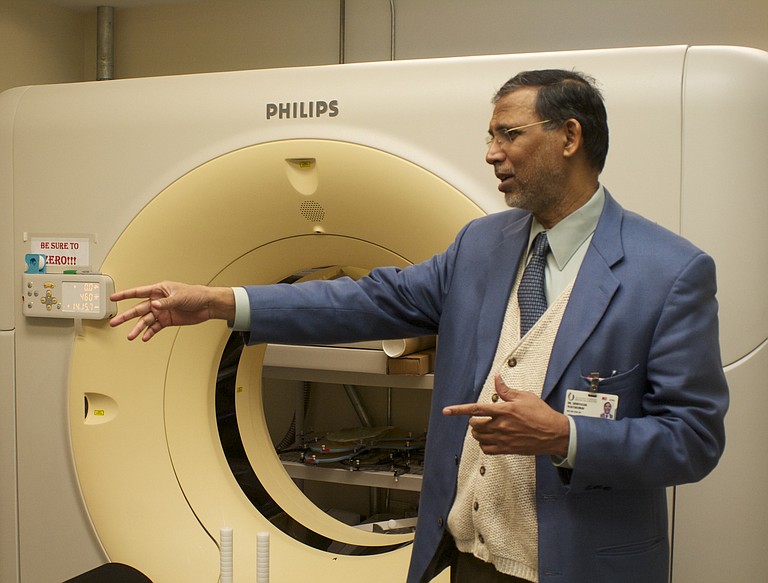 Dr. Srinivasan Vijayakumar, deputy director of the UMMC Cancer Institute, believes the university will get National Cancer Institute designation within the next five years. Photo by Jacob Fuller.