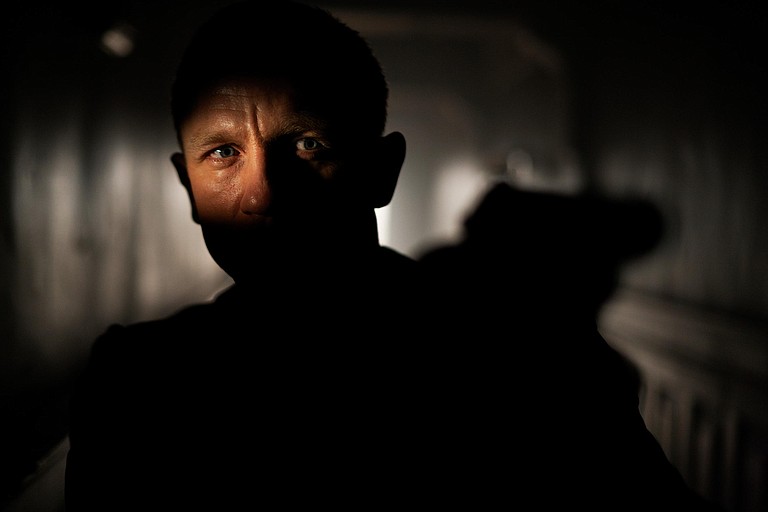 One of my Facebook friends posted this quote by Edgar Allan Poe: “There is no exquisite beauty … without some strangeness in the proportion.” Somehow Poe’s quote seems appropriate in describing “Skyfall,” the 23rd spy film in the James Bond franchise that begun 50 years ago with Sean Connery in “Dr. No.”

“Skyfall” is an exquisite film that teams suspense, remorse, and dysfunction in the MI6 family with snappy banter and inventive direction. After more than a score of films, “Skyfall” takes 007 to the highest level in the franchise and resurrects a new and better Bond.

How is this for suspense? Bond (Daniel Craig) in a signature cut-to-form-fitting suit, wearing an earpiece and armed with a black revolver, searches an apartment. He documents for M (Judi Dench), who is on the other end of the earpiece, what he sees and doesn’t find.

“The hard drive is gone,” he says.

Bond tries to save one of the agents who is down, but M commands him to follow the killer instead. The film then jumps to the hustle and flow of Istanbul, chases across rooftops of the grand bazaar and winds up on an elevated train heading for a tunnel. Bond engages in hand-to-hand combat with the bad guy on top of a train after trying to maul him with a Caterpillar tractor.

M directs another agent (Naomie Harris) to take “the bloody shot,” even though Bond might be collateral damage. The agent shoots, and Bond falls into an abyss.

“Let the sky fall; when it crumbles, we will stand tall, face it all together,” croons Adele in the film’s signature song. We see Bond in a visual montage of swirling images of his life. The story is about the crumbling MI6 institution. The court of popular opinion attacks the old ways of espionage. The political powers believe that M is a relic and brings in Gareth Mallory (Ralph Fiennes) to transition the old to the new.

Bond is no longer the Teflon warrior of the old days. He feels his aches and pains. His hand shakes when he shoots at a target, and he drinks too much. He also looks scruffy, the way Al Gore did after the 2000 election.

M, however, hasn’t changed. She’s ruthless and bulldog tough. One of her former agents, Raoul Silva (Javier Bardem), wants her out of the game for good, and Bond has to decide which side he’s on. M doesn’t make it easy for Bond. He risks his life repeatedly and performs fabulous, dangerous actions; yet M still orders Bond’s co-worker to “take the bloody shot.”

A consortium of creative talent backs “Skyfall.” The script, by Neal Purvis, Robert Wade and John Logan, provides more than exotic locations. It develops character relationships, and the audience comes to understand Bond and why he is such a good agent. (Spoiler alert: Bond is Scottish).

The great cinematographer Roger Deakins (“Barton Fink,” “Fargo,” “O’Brother Where Art Thou?” and “House of Sand and Fog”) makes a visual centerpiece, and Sam Mendez (“American Beauty,” “Road to Perdition,” “Revolutionary Road”) does a sensational job directing the movie, weaving in mystery and revelation.

Bardem is flamboyantly bad as Silva. The scene where he tickles Bond’s throat is one of many high points. Craig, one of the great actors of our generation, zaps it back at him. I felt torn in my allegiance between the two. French actress Bérénice Marlohe, the new Bond girl, adds a coquettish, sensual spark. Dench is the grand dame of the film.

“Skyfall” is undeniably gripping, slam-bang fast, charged with suspense and sexuality—everything we expect from the best of the franchise. Thomas Newman’s original practically lays you out all by itself.

This picture gets the job done. In fact, there is a strangeness in the proportions, which gives this film a unique beauty. It’s a bloody good show.