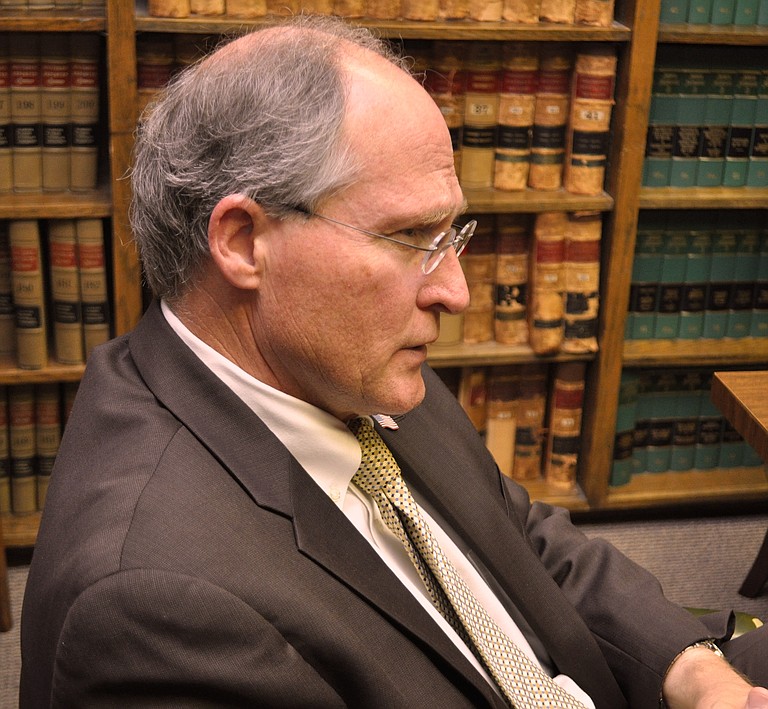 Although judicial candidates run without party labels, the state Republican Party had endorsed Coleman, Waller and Randolph. The Democrats had endorsed Banks.

"I think the electorate is supporting the present court and I'm very pleased with it," Waller said.

Coleman, of Toccopola, beat Richard "Flip" Phillips of Batesville in the northern or 2nd District. Coleman wins an eight-year term beginning in January, with the 39-year-old taking the seat of retiring Justice George C. Carlson Jr.

Strong support from business groups helped push Coleman past Phillips in the district, which covers 33 counties, including DeSoto County, Greenwood, Tupelo and Columbus.

Coleman, who practices law in Oxford, is the son of Thomas Coleman, one of the first judges on the state Court of Appeals. His grandfather, the late J.P. Coleman, was a governor and federal judge.

Coleman attributed his victory to his many supporters. "So many people helped me," he said.

Phillips, 65, touted his 40-year legal career that has included criminal and civil law. He has been a prosecutor and has represented local governments and businesses.

Coleman had raised $252,000 as of Oct. 30, with support from business groups such as BIPEC, Mississippi Manufacturers Association, Mississippi Association of Realtors and Mississippi Medical PAC. Some outside groups also spent on Coleman's behalf.

"Money always matters in politics," Coleman said. "That's why you have to raise it."

Waller was slowly pulling away from Banks in the central, or 1st District, as the evening wore on. The district covers 22 counties in the middle of the state, including Cleveland, Greenville, Vicksburg, Jackson and Meridian.

"I knew that my opponent was going to put up a good campaign, which he has," Waller said. "He's well-established in the community."

Banks had attacked Waller's acceptance of money from political action committees, claiming that special interests and people with cases pending before the court had tried to "buy" Waller's campaign. Waller has raised $470,000 from interests including business groups, lawyers, Republicans, doctors and insurers as of Oct. 30. Banks had raised $112,000 as of Oct. 30, mainly from plaintiff's lawyers and Democrats.

Waller, chief justice since 2009, would win an eight-year term that begins in January 2014 and runs until 2022. He was first elected to the Supreme Court in 1996. Before that, he worked as a lawyer in Jackson.

Banks, 58, has served in the state House since 1993. He's a lawyer, runs a funeral home and cemetery and is a life insurance agent.

James, who practices law in Vicksburg, was a 9th District Chancery Court judge from 1999 to 2002. She ran unsuccessfully for the Court of Appeals in 2010 and for the Mississippi Supreme Court in 2008. But her third try at a state judicial office was more successful, as she led broadly in the Appeals Court's second district. It runs along the Mississippi River south from the Tunica area and then stretches east into parts of Jackson.

"I worked real hard," James said. "I didn't really spend a lot of money. I'm a very personable person and I went to the people."

James' eight-year term will begin in January. She becomes the second black woman to sit on the Court of Appeal — Russell is the first.

A Flora resident, Russell was named to the court in May 2011 by then-Gov. Haley Barbour after Barbour moved Leslie D. King from the Court of Appeals to the Mississippi Supreme Court.

Russell earlier served as a Hinds County Circuit Judge, was head attorney for then-Lt. Gov. Eddie Briggs in 1992 and the state Senate's top administrative officer from 1993 to 1996.

Randolph had the easiest race of the night, romping past fellow Hattiesburg resident Talmadge Braddock in the southern or 3rd District. It covers 27 counties, including the coast, Hattiesburg, Laurel and Natchez.

He said the easy win was "a reflection of the values I have and that the voters have."

Previously, Randolph was a lawyer in private practice. His early practice focused on insurance defense.

Braddock said voters should choose him because the high court was too heavily stacked with corporate defense lawyers. His practice mainly represented plaintiffs.

Randolph had raised $429,000 as of Oct. 30, with support from lawyers and business, medical, insurance and real estate interests.