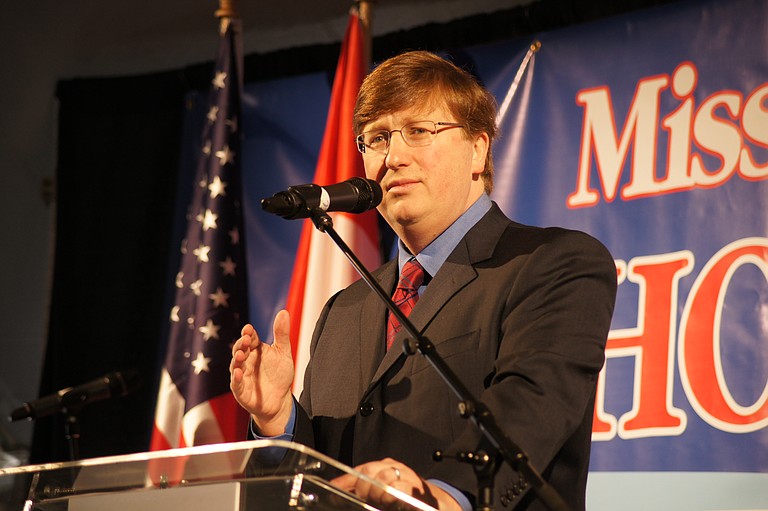 Dozens of Canadian flags hung from the rafters and adorned the tables as an army band played "O Canada," the national anthem for the United States' northern neighbor.  It could have been a scene from a National Hockey League showdown, but it was, in fact, the annual confab of businesspeople and politicians known as the Mississippi Hobnob.

This year's Hobnob put the state's trading relationship with Canada in the spotlight. Mississippi trades more with Canucks than any other foreign nation. Sixteen percent of all foreign bound goods leaving the state are headed to Canada, which buys $1.8 billion in Mississippi goods annually. Mississippi imports $815 million worth of trade every year and attracts 76,500 Canadian tourists, while 20,500 Mississippians visit Canada.

Mississippi hopes to expand that relationship and grow the state's economy with three energy projects now under development. Sumagrown, a Hattiesburg-based firm, recently signed its first customer license in Canada, while Genesis LP, a refinery in Natchez, is expanding to handle Canadian oil sands. Additionally, Quebec biofuels company Enerkem plans to break ground on a biorefinery in Pontotoc County in late 2012 that will create 70 jobs using $130 million in grants from the U.S. Department of Agriculture.

Energy development is critical to Mississippi's economic-development strategy, along with reforming the state's education system and making the state more amenable to businesses, Republican leaders said. During the Mississippi Economic Council-sponsored Hobnob at the Agriculture Museum, Mississippi's top Republican elected officials provided a sneak peak at some of the initiatives the GOP, which controls the Legislature and most statewide offices, will champion in the coming legislative session.

Lawmakers promised to continue pursuing policies that Republicans regard as producing the most "pro-business" session in history and returning to other items on the GOP wish list that went unfulfilled.

After an army band introduced him to the tune of Sam and Dave's civil-rights era classic "Soul Man," Lt. Gov. Tate Reeves took the stage and bragged about such "strong, conservative, pro-growth" bills passed last session such as eliminating the inventory tax and reforming the workers compensation system.

"We wanted to create that level playing field between employers and employees so that we could encourage businesses in our state to invest capital in our state," Reeves said.

As more evidence, Reeves boasted of the legislative award he received from the U.S. Chamber of Commerce's Institute for Legal Reform, which promotes tort-reform efforts, for passing a bill allowing state agencies to hire outside attorneys instead of using the Mississippi attorney general's office. Reeves shared in the award with fellow Republicans Speaker Philip Gunn, Rep. Mark Baker of Brandon, and Sen. Briggs Hobson of Vicksburg.

Despite creating an environment where businesses could thrive, Mississippi's economy continues to trail the rest of the nation. The 9.2 percent state unemployment rate remains higher than the U.S. average of 7.9 percent.

As rah-rah as Republicans are behind what they deem job creators, speakers made a number of overtures stressing the link between education and the economy. For the past few sessions, Republicans and a handful of Democrats have put their proverbial eggs into charter schools, but each time they brought up charter-school legislation, opposition shot the measures down.

Last year's charter bill failed to make it out of the House Education Committee thanks to three Republican holdouts in districts where local elected superintendents did not favor a charter bill. Reeves signaled that he planned to introduce legislation to eliminate the system of electing superintendents.

Gov. Phil Bryant said the upcoming session, when proponents will renew the push for charters, promises to be the single most progressive session on education in Mississippi history.

"Charter schools (are) desperately needed, particularly in the failing school districts. I've seen them. I've been there. I'm a disciple. I've been to West Helena, Arkansas. I've been to New Orleans. Those systems will work," Bryant said, referring to the presence of charter schools in other states.

Bryant also hinted at legislation for a merit-based teacher compensation system. "It is not fair I believe to have the very best teachers in the classroom being paid the same as those who are not making an effort," he said.