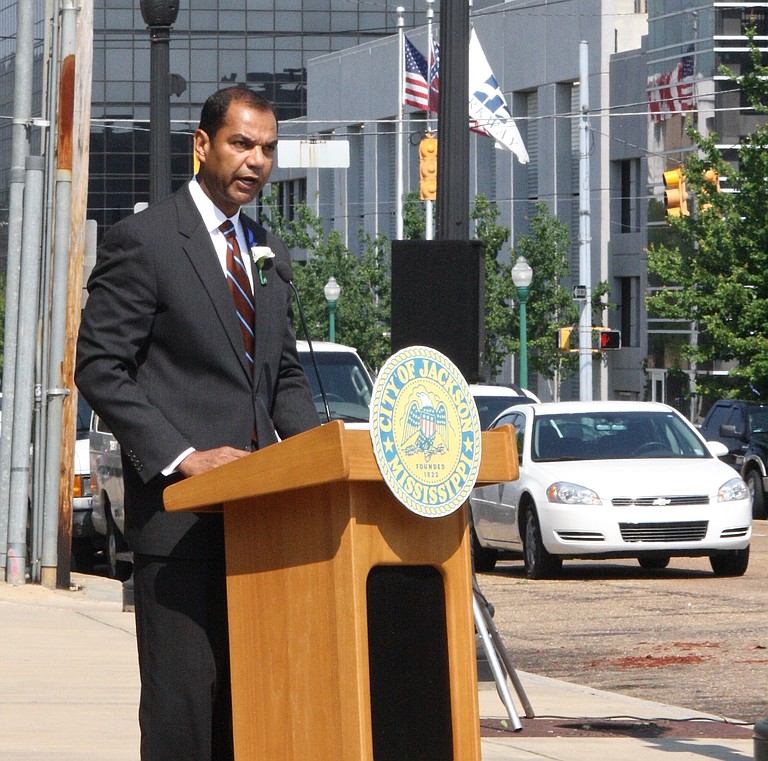 Those were the words of FBI Special Agent in Charge of the Jackson field office Daniel McMullen at a ceremony Tuesday honoring police officers killed in the line of duty in Mississippi in the last year.

The ceremony, held outside the JPD station on Pascagoula Street, also marked the recognition of National Police Week. McMullen spoke about the service of living police officers, as well as those who have died on duty.

"We in Mississippi have seen, up close, far too many reminders of the inherent dangers facing those who serve in law enforcement," McMullen said. "The loss of Pearl police officer Michael J. Walter is still scratched in our hearts and in our minds. In 2011, Madison police officer Jimmy Brooks and Grenada police officer John Wayne Haddock lost their lives while serving on duty. And this week, their names are being added to the National Law Enforcement Officers' Memorial in Washington, D.C."

Officers choose to take the risk of losing their lives every day to serve their communities, McMullen said.

"To some, such a choice might seem incomprehensible--to go to work each day, knowing that you may not make it home that night, knowing that your life and the lives of your loved ones might forever be changed," McMullen said. "But for those men and women, it is a commitment freely made, a commitment renewed every day."

The reward attached to the risk is the satisfaction of a duty well done. That duty includes keeping citizens safe, getting criminals off the streets and contributing to the workings of justice, McMullen said.

Officers, alive and dead, deserve more than one day per year honoring the fallen or a single moment of silence, McMullen said.

"As we leave here today, let us each question how we might better serve them," McMullen said. "We as citizens can support and assist our police officers as they protect our homes and our neighborhoods. They deserve our best efforts."