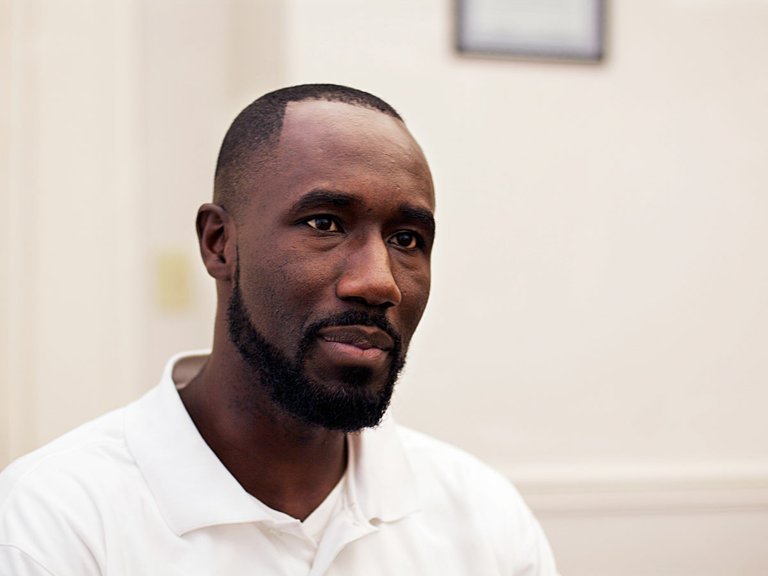 Tony Yarber, 34, said his career in education chose him.

He was a biology major, planning to go to medical school, at Southern Miss when his aunt asked if he considered teaching. Yarber hadn't, but he began to think he would enjoy teaching high school and coaching.

Yarber decided to talk to an education adviser. When he accidentally met with an adviser specializing in elementary education, he said she was elated that he was in her office.

"I walked out (of her office)," Yarber said. "I'm looking at the paper, and I said, 'This is damn elementary ed. I changed my major to elementary ed.' Then it dawned on me. That's why she was so excited, because there were no guys, specifically black men, in elementary education."

He went on to graduate with a bachelor's degree in elementary education from the University of Southern Mississippi in 2000, and received a master's degree in education administration and supervision from Jackson State University in 2004. He was the principal at Marshall Elementary in south Jackson when he decided to run for the Ward 6 City Council seat in 2009.

The youngest member of the Jackson City Council, Yarber now serves as its vice president and chairman of the planning committee. The JFP interviewed Yarber June 14 in his office in City Hall.

Why did you run for city council?
I attended a debate between (former council president) Marshand Crisler and one of his opponents when he ran in 2005. I remember sitting in there, thinking to myself, 'I think I could serve in this capacity.' I just remember thinking that, listening to the job description and the kinds of things that were happening.

As time went on, it was getting closer to 2009 for the next election cycle. A friend of mine had contemplated running when we knew that Marshand (Crisler) was running for mayor. (My friend) had moved to Brookwood, which is (located on) Jackson Avenue. It (became part of) Byram at the time, after the annexation went through that summer (2009). Kind of by default, because I was going to help run his campaign, he actually ended up helping run my campaign.

I just really believed that I could provide a service outside of the scope of simply legislating. The platform that we ran off of was kind of a platform that could be perceived as being naive. We kind of had a real hippy ideology about changing the city one street, one house, one neighborhood at a time.

What is your No. 1 priority, right now, on the council?
Again, I think I have to categorize those priorities. There are legislative priorities, which, of course, will affect the other priorities. When I come and sit in that chair, I think I have a responsibility to provide really good government. Good government is clean legislation, enforceable legislation. It is being sure the legislation is systemic, so that it affects something else. (We need to make sure) we are not creating policies that are in isolation, that are only created to deal with whatever the hot topic or the hot-button issue is.

On the other side of that, my passion is be sure that we are invigorating neighborhoods; that we are creating the kinds of neighborhoods that are stable. I think neighborhood stabilization has to happen in my ward. It is happening. It's going on. We are seeing a trend where crime in Precinct 1, where all of my ward is located, has been constantly on the decline. We are seeing trends where (residency) is not as transient, and that creates better schools. So, we create better neighborhoods, we get better schools, and it attracts the kind of people who bring the kind of values that we all appreciate. Those values bring the kind of tax dollars that we want to see as well.

What, specifically, can you do on the city council to help invigorate those neighborhoods?
First of all, we have to start helping neighborhood associations organize better. They have to be organized to the degree that they run like mini-companies. When they run that way, then as a council, we can start appropriating funding that will assist in the kinds of efforts that they may be pushing.

Ward 6 is unique, because over 95 percent of it is house tops. It's residential. So, I can't get overly excited talking about what is the economic idea for Ward 6, when folks don't come to Ward 6 to work. They come to Ward 6 to go to sleep, to relax. They are leaving work to come to a community that supports a happy lifestyle.

You can't even talk to folks about coming and moving their businesses along Terry Road or along Raymond Road until we have neighborhoods that will attract those kinds of things.

Tony Yarber is, and has been a fantastic and refreshing Council President. Hope he continues serving his ward and the people of Jackson long into the future.

I agree, robbier. This young man is on the move and has been a "fantastic and refreshing Council President". If he continues on this positive path, in four years, he should be ready to run for Mayor of the City of Jackson. It's not everyday that you meet young people with so much depth and understanding.

Keep up the good work, Yarbor. Many are watching and talking about your political future. The things that I am hearing are all GOOD!