Taxes May Rise for City Schools 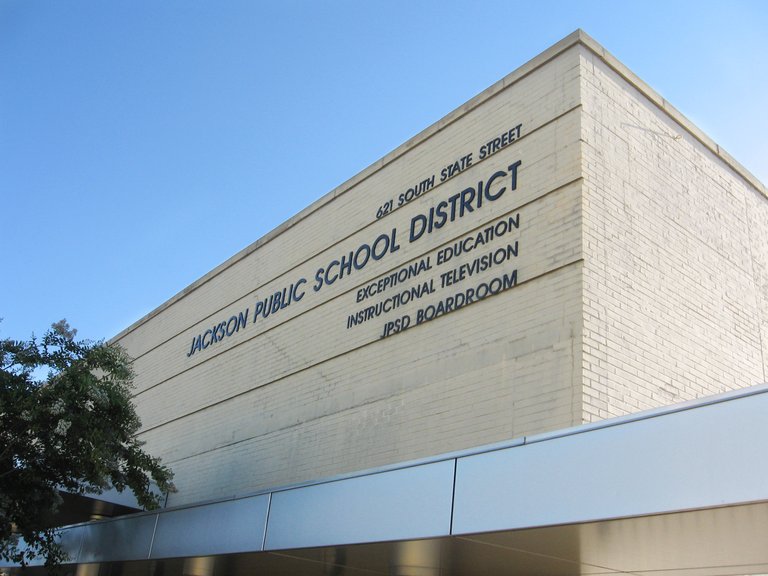 The Jackson Public Schools are asking the city for more money to pay off $150 million in bond issue debt. Elizabeth Waibel

The Jackson Public Schools are asking the city for more money to pay off $150 million in bond issue debt.

Sharolyn Miller, JPS chief financial officer, said at the city budget committee meeting Monday that the school board plans to request $87.3 million from the city, the same amount they have requested the previous three years. The school district will lower operation costs from $72.5 million to a little over $69 million to offset the $2.3 million more they need to pay on a pair of bond issues they received in 2006 and 2008.

City voters approved up to $150 million in bond issues in 2006 to build new schools and to make renovations and improvements to existing school facilities. They also approved tax increases over the repayment period, set to end in 2028.

The millage, or property tax, rate has remained the same in Jackson since the 2006-2007 school year, Miller said. Meanwhile, JPS' required yearly payments on the bond issue have risen, from more than $14 million last year to about $17.1 million this coming fiscal year.

By law, JPS must submit a budget proposal to the City Council by July 1. The city then has until September to set the tax rate as needed to fit the budget.

JPS is trying to keep "district operations as lean as they can possibly be, while we are not affecting instruction for our children," Miller said. The schools will cut costs by providing just the essentials of what students and faculty need, she said.

The school district has used the $150 million bond issue to build Kirksey Middle School, new facilities for Peeples and Blackburn middle schools, athletic field houses for five high schools, a new elementary school on Capitol Street, and to make about $28 million in improvements to schools around the city, among other things.

Ward 2 City Councilman Chokwe Lumumba said he does not want to see operation costs result in a higher student-teacher ratio in city classrooms.

JPS is working to maximize classroom space, Miller said. That may result in larger classes, but they are working to assure it does not negatively affect the quality of the education.

ID
167909
Comment
Per the 2009 audits, JPS spends ~56 million dollars (that's $56,000,000.00) more annually than Desoto County schools and it's still not enough? They have practically the exact same amount of students. This is absurd. I'd like to see an up to date independent audit conducted on the finances of JPS, but that would probably reflect poorly upon themselves, so I doubt it happens. Stacey Pickering, c'mon, man. Get after it. No JPS audit in almost 3 years and they expect us to just go along with a tax raise?
Author
RobbieR
Date
2012-06-14T13:13:18-06:00

ID
167913
Comment
Robbie, Could you show us how you calculated the $56 million more for the JPS budget than for DeSoto County budget (with about the same number of students, number school buildings and Title III eligible students?) By state law, every school district is required to have an independent audt every year. What additional "independent" audits are your suggesting? No audit in three years? I guess that's another reason why the previous superintendent had to go.. and good riddance! Thanks
Author
FrankMickens
Date
2012-06-14T15:28:32-06:00

ID
167914
Comment
This is sort of confusing, but it looks like the school district is asking for the same amount of money, but the tax increase is needed because the city does not have enough funds to meet the request which is not surprising. You can't compare JPS, dollar by dollar, to Desoto County. I'm not saying that there are not areas for improvement anc cost savings in JPS because they are. But I am saying that the demographics and composition of the 2 districts are drastically different in relation to the student bodies that they serve.
Author
833WMaple
Date
2012-06-14T15:37:53-06:00

ID
167917
Comment
From my understanding, with the $150 million bond issue, the property tax increase was included in order to pay off the debt on the bond. However, the city has not raised the millage rates to cover that cost since the bond was issued. Therefore, JPS isn't really asking for more money, just the money they should have gotten over the last 5 years to pay the debt on the bond.
Author
eyerah
Date
2012-06-15T08:54:55-06:00

ID
167918
Comment
@eyerah Yes, you seem to have it right. The city (Harvey Johnson perhaps??) should have put the proper millage on for the school bond issue for the last 3 years. Why was that not done? Was there a technical reason for this action or a political reason? Somebody with the correct information, please let us know. I really don't know.
Author
jacksonredneck
Date
2012-06-15T20:22:06-06:00

ID
167930
Comment
It is my understanding, from reading the JFP and CL articles, that JPS tells the city every July what its' financial needs are so the COJ can assess if more funds have to be raised and include it in COJ's September budget. JPS to date has never asked COJ for additional funds to pay off the new (2006) bonds. Maybe, and I am speculating here, as JPS had the advantage of long ago bond issues being completely paid off for several years, no additional funding was necessary, so JPS didn't ask COJ for more money. JPS just used the income already allocated to pay off the old bonds to begin to pay off the new bonds? However, eventually more money was needed, and rather than asking COJ for more money, JPS took the funds out of reserves and never asked COJ for the additional funds? Just an educated guess from reading the JPS and CL articles.
Author
FrankMickens
Date
2012-06-18T12:03:13-06:00

ID
167936
Comment
Tis idea may not hit the topic; however, we are losing millions of dollars daily from computer sales (on-line shopping). This is not only an issue for Jackson: It is an issue throughout the country. Also, many people are paying bills on line. The result of this practice has rendered post-offices around the country bankrupt. It should not be a difficult task to tax computer purchases. Just thinking.
Author
justjess
Date
2012-06-18T17:17:58-06:00