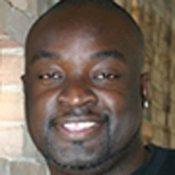 Most people hear about victims of domestic violence. It's always a friend or a relative of a co-worker or that woman you passed in a crowded bar whose name is bandied about in hushed tones.

It may be the nameless couple that you see fighting outside the club or the noisy upstairs neighbors that you never see but always overhear.

In most instances, we're able to detach ourselves. It's much easier to write it off that way as someone else's problem. Domestic violence is something that happens to "other people," and you can paint the victims as "stupid" or "crazy" for enduring such dangerous conditions.

When it hits closer to home, your thoughts will change. I promise.

I had never dated anyone who had been in an abusive relationship (at least, not to my knowledge) until I met my wife. Our relationship began like any other. I didn't see the signs at first. But as we got more comfortable with each other, the remnants of past episodes emerged—the angry outbursts, the trust issues, the fear of getting closer and the reluctance to let her guard down.

They came from an 11-year-long abusive relationship that she slowly began to tell me about. She suffered physical violence that left her with scars, some still visible to this day, and mental scars that only heal with time.

I got angry hearing those accounts—really angry. I grew up watching a hard-working, caring man take care of his wife and family. Sure, my folks argued just like plenty of married couples, but I never knew a man that exhibited the violence my wife described. My father taught me that a man never, ever, under any circumstances, puts his hand on a woman to hurt her. That lesson sticks with me to this day. And it's a mantra I pass down to my sons and my daughters, so my sons don't become abusers and so my daughters don't open themselves up to abuse.

I asked my wife many times why she stayed so long. Why 11 years? I couldn't fathom it. I thought like many do that there is no way anyone would stay that long. But once she explained, once she talked about being brainwashed, having her self-esteem destroyed, having any personal goals postponed, I gained understanding.

Fellas, in honor of the JFP Chick Ball, I implore you. If you are dating a woman who has been a victim of domestic violence or assault on any level, be patient, be loving and be compassionate. Be understanding. The scars run deep, and they are nothing that you can repair with trinkets and a "good talking to."

These victims are like mental slaves who have been emancipated but without the ability to foster a normal, loving, relationship—not at first.

That's where we (real men) come in. That's where real friends step in. And after a while, these women will know what love is from the right mate.

I salute you, Funmi Franklin. Your strength is otherworldly, and your journey has been a glorious one. Wife, mother, best friend, Queen: Thank you for confiding in me, and thank you for letting me love you. You've been through much but now, you must use your story to help others.