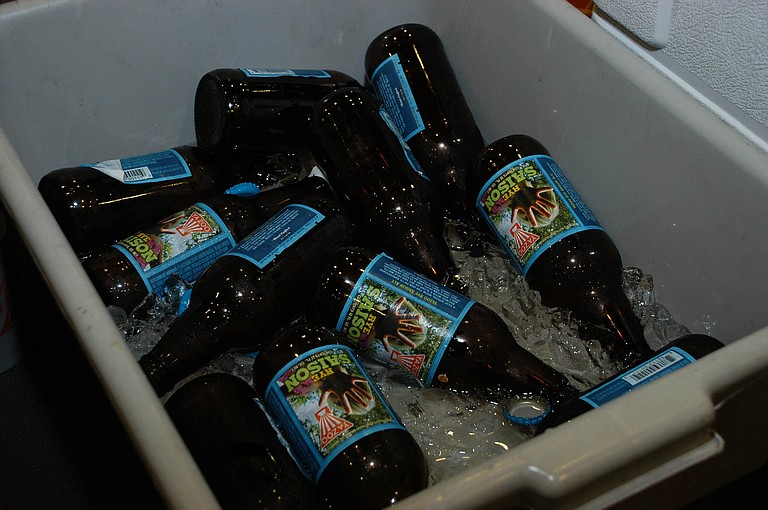 Top of the Hops 2012 is July 28 at the Jackson Convention Complex downtown. Courtesy Gary Haygood

Abita Andygator. Tallgrass Velvet Rooster. Spaten Optimator. Westmalle Tripel. Until July 1 of this year, these beers and many other high-gravity varieties were illegal to sell in the state. Mississippi was the only state in the country that limited alcohol by weight (ABW) for beer to5 percent—a limit that excluded approximately one-third of the world's beer styles.

With this new law in effect, Mississippians will be formally introduced to a wider variety and new styles of beer including the Belgium-style Abbey Ale. Beer aficionados and novices alike will have the opportunity to sample more than 150 craft beers at the third annual Abita Beer-sponsored Top of the Hops Beer Festival on July 28.

The Top of the Hops Festival, which the Jackson Free Press is co-sponsoring, looks to showcase the ever-growing popularity of craft beers from around the world. The concept is simple: For the price of a ticket, beer fans can sample craft beers in a commemorative sampling mug. The 2-ounce pour gives the consumer just over a sip, much like at a wine tasting.

Thanks to the efforts of the grassroots organization Raise Your Pints, this year's Top of the Hops Beer Fest will feature Belgium-style Abby Ales and other previously unavailable craft beers alongside longtime favorites from breweries such as Abita, Lazy Magnolia, Bayou Teche, Rogue and others.

"Raise Your Pints is extremely excited about this brew fest," President of the organization Butch Bailey says. "It's the first chance many Mississippians are going to have to taste a lot of these gourmet beers that we've just spent the past few years telling everyone about."

Higher-gravity brews aren't the only new attraction at this year's festival; for the first time a cask beer garden will be open for all ticket holders. Filled with "firkins" or mini-kegs, the Back 40 Cask Beer Garden will feature specialty, limited-edition beers from brewers such as Back 40, Lazy Magnolia and Diamond Bear. Abita Brewery has developed two special casks especially for this event.

While the cask beer garden is open to all ticketholders, those lucky enough to score the sold-out VIP tickets will gain entrance to the event an hour early and have access to the VIP area. This year's VIP area will host special beer-tasting selections and food from Underground 119 and Parlor Market that is not available to the general admission ticket holders.

While you can't bring food to the event, concessions will be available. You can, however, bring the ever-popular pretzel necklace, which is a bunch of pretzels strung together. They help cleanse your palate between tastings and give you something to nibble on.

In addition to sampling craft beers, the festival features the Samuel Adams Brewery University Education Area. This is an opportunity for patrons to attend seminars on topics such as home brewing, a beer pairing class with Chef Tom Ramsey of Underground 119, and a dialogue with Raise Your Pints and other lobbyists behind the passage of the beer law. Crooked Letter Brewery from the Mississippi Gulf Coast will host a discussion about the basics of starting a new brewery. Live music by Otis Lotus and games like corn-hole and ping-pong will round out the event.

This four-hour event provides a nice benefit to the local economy as well. Last year the festival brought in about $150,000 in estimated economic impact. With the new additions to the festival, this year could easily surpass last year's figures.

The Top of the Hops festival caps off the 2012 Mississippi Craft Beer Week, which features events all around the metro area in support of the new beer laws and in celebration of Mississippi's burgeoning craft beer culture.

Be sure to join the after-party at Hal & Mal's and drop into the JFP Chick Ball to support funding for a new rape crisis center.

The King Edward Hotel is offering special rates for ticketholders to encourage an overnight stay downtown. Tickets for the event on July 28 from 4 p.m. to 8 p.m. at the Jackson Convention Complex are $35 in advance through Ticketmaster. A listing of Mississippi Craft Beer events can be found at raiseyourpints.com/mcbw.

Top of the Hops 2012 is July 28 at the Jackson Convention Complex downtown.