A Band that Moves 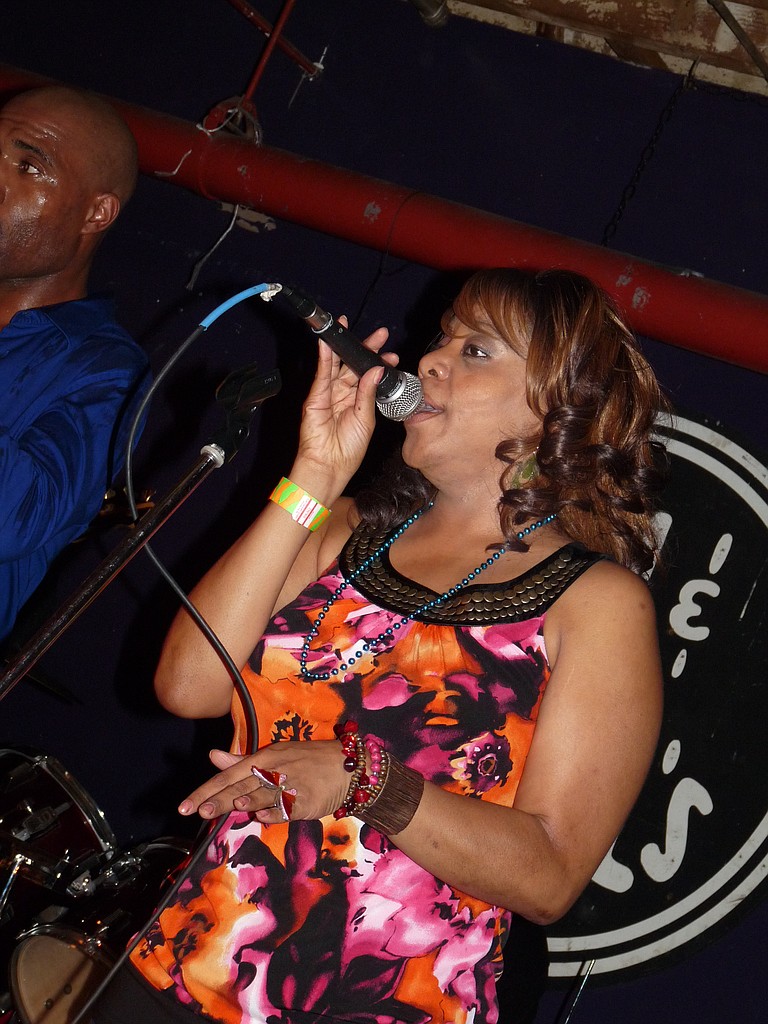 "Lady Mary" Henderson will front the Time to Move Band again at the JFP Chick Ball, and pack the dance floor as always. Time to Move is the headline act, starting at 10:15 p.m.

Eight years after its conception, Time to Move Band is still making people in Jackson move, dance and sing along to its high-energy sets and soulful arrangements.

The band has a repertoire of about 80 to 100 cover songs, but unlike other groups, Time To Move rarely, if ever, has a set list for a particular show. "We feed off the audience, and we can play anything. We can adapt to any crowd," Bradley says.

Parker says some of his musical influences include old-school soul and funk bands like Earth, Wind and Fire; Con Funk Shun; The Temptations; and Parliament; as well as rock acts like the Doobie Brothers. The other band members also bring their influences from past musical experiences, ranging from Prince to Jill Scott, making the band even more diverse.

"You will get a high-energy, up-tempo show," Parker says. "We are a dance band, and that's what you'll do."