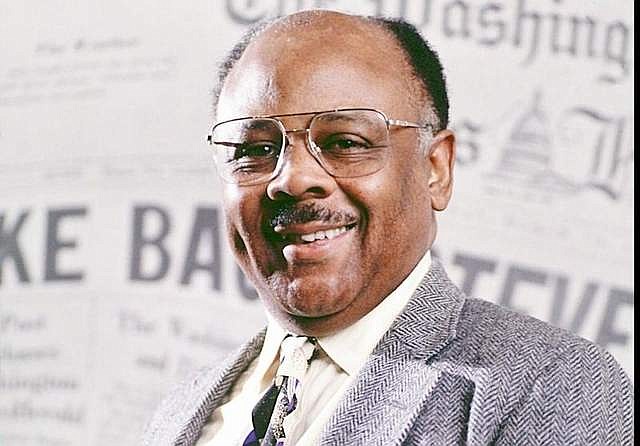 No matter what journalism schools try to teach students about remaining objective, William Raspberry said it's possible for reporters to care about the people they write about and "still retain the capacity to tell the story straight."

Raspberry, a Mississippi native who spent five decades as a reporter and then a Washington Post columnist, died July 17. He had prostate cancer.

Even though he left his hometown of Okolona (current population: 2,692) in the mid-1950s to attend college at the University of Indianapolis, he maintained close ties to the Magnolia State.

The University Press of Mississippi published Raspberry's 1991 book "Looking Backward at Us," a collection of his Post columns from the 1980s. In 2000, he became the first African American reporter inducted into the Mississippi Press Association Hall of Fame. Two years later, Raspberry founded a nonprofit in Okolona called Baby Steps, which provides parents with resources to help their children succeed in school.

By his own admission, Raspberry's political leanings were liberal, and he focused his writing around race, class and other social issues. However, because of his upbringing in Mississippi, where race and poverty are more complex and nuanced than people outside the South are willing to recognize, Raspberry also had a penchant for confounding his progressive fans.

"Raspberry often bucked many of the prevailing pieties of liberal orthodoxy. He favored integration but opposed busing children to achieve racial balance. He supported gun control but--during a time when the District (of Colombia) seemed to be a free-fire zone for drug sellers--he could understand the impulse to shoot back," his Washington Post obituary states.

In 1994, Raspberry won the Pulitzer Prize for commentary--the second African American to be awarded the honor--in part because of his writing on African American families. The first was Clarence Page of the Chicago Tribune. In one column titled "It Will Take an Inside Job to Root Out Black Violence," Raspberry wrote about the death of a toddler killed by a stray bullet.

"The earlier frontiers--ending slavery, lynchings, legal segregation--may not have been easy, but at least our minds were clear. The enemy was an outsider. It can be argued that today's deadliest plague on black Americans has its roots on the outside, but its agents are insiders: mostly young, dope-and-death-dealing black men," Raspberry wrote.

That these violent young men were complicit in the destruction of the black community did not absolve America of its racism, he continued: "It does not contend that racism is no longer of much importance. It simply gives voice to what all of us know but have so much trouble talking about: that the major forces that threaten black America--family deterioration, teen pregnancy, drugs, violence--are things that have to be dealt with from the inside."