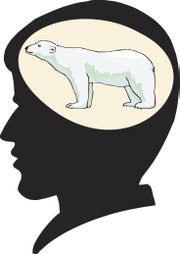 "Creative Class" maven Richard Florida has ranked Jackson 75th on the creative-class scale (higher than Memphis and New Orleans!) As the JFP told you in our very first cover story back in 2002. That means we have potential as a regional hub for education, health care and government; it's already a hotbed of knowledge workers, students and teachers, not to mention artists, musicians and actors. But while reopening the King Edward Hotel and painting art boxes downtown is an amazing step (click here to view the gallery), there's more to be done, particularly to foster the inbound migration that a strong creative class city can encourage.

Bear In Mind: Creative-class cities don't have to go broke funding huge developments or sports arenas; it's the authentic, local, small-feeling vibe that will help grow residents and the economy.

Crossed Fingers: Governing magazine just reported that Jackson may be reversing our population-loss trend. In 2011, we added more than 2,000 people, not continuing recent trends of losing about 1,100 folks a year.