Sisters from Another Mister 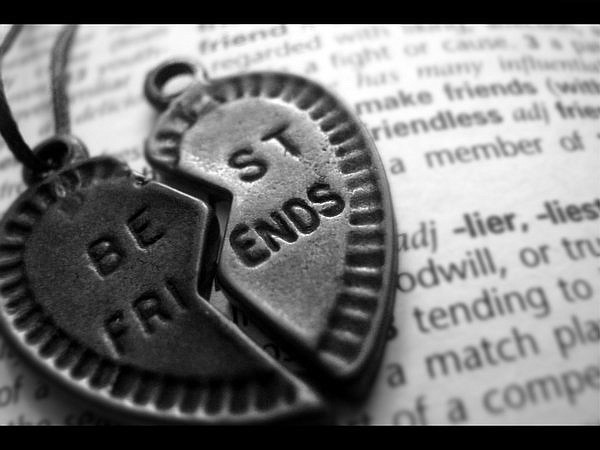 Friendships, new and old, take commitment and self-sacrifice; but the rewards are plentiful.

Besties, BFFs, girlfriends--are all terms of endearment women use to describe their dearest and closest friends. My friend Jessica likes to say that she and I are "sisters from another mister." We are not blood kin, but we couldn't be closer. After being in Mississippi for more than five years, I am fortunate to have found a diverse and special circle of friends. Yet, it wasn't like that when I first got here, and it took time to feel connected to my new environment.

Writer Rachel Bertsche, 30, had a life most 20-somethings dream of. She was a journalist in the bustling metropolis of Chicago with her fiance. She worked at O, The Oprah Magazine, for just over two years and wrote for Marie Claire, Every Day with Rachael Ray, Teen Vogue, Fitness, Women's Health and the Huffington Post. Yet, soon after getting married, she found that she didn't have any local BFFs.

Being the resourceful gal that she is, Bertsche came up with an idea to go on a friend quest. She would go on fifty-two friend-dates, one per week for a year. In "MWF Seeking BFF: My Yearlong Search for a New Best Friend" (Ballantine Books, 2011, $15), she chronicles her adventures ranging from taking an improv class, putting out a "friend-wanted" ad, using a friend-rental website and speed-friending.

After reading her book, I chatted with her by phone about her experience. According to Bertsche, her quest was successful, and things are going great.

"I had my birthday a couple of weeks ago, and I had some girls over ... like, 25," she said enthusiastically, adding that she didn't know a lot of the women before she started the book.

A book wasn't the initial motivation behind the experiment, she said, but early into the process she submitted a book proposal and it was accepted. The prospect of turning her journey into a book was motivating. "It kept me going the days I wanted to call it quits," she said.

A relationship is like a dance. You take a step and your partner takes one, continuing as a series of synchronous motions. With friends, we can have various partners to dance with, but as we become older, the process becomes more difficult. Most people don't remain in the towns of their childhood indefinitely, and with relocations we face the prospect of leaving behind old friends--or being left behind.

Faced with this predicament, does the average girl feel comfortable telling others that she's in the market for new friends?

Bertsche explores and reflects on this in depth. She writes that it is socially acceptable for women to proclaim loudly that they need a man, but they're ashamed to admit being friendless (even if it's temporary). Few of us are comfortable asking for help to fix a friend drought.

"This is something we feel you shouldn't need help with," Bertsche says. "There's not as much protocol out there for friend dating, (unlike) romantic dating." She hopes that her book will give women permission to talk about this and de-stigmatize it.

Bertsche presents a theory developed in 1963 by British anthropologist Robin Dunbar, based on his study of primate behavior. Dunbar says the human brain can successfully maintain 150 relationships "that depend on extensive personal knowledge based on face-to-face interaction for their stability." As Bertsche points out, the Dunbar 150 is not about virtual Facebook or Twitter "friends."

Bertsche also spent time with University of Chicago professor and psychologist John Cacioppo, citing his expertise throughout her book.

Cacioppo expressed concern that 52 friend dates in one year might be a big undertaking and, in hindsight, Bertsche admits that the plan was ambitious. She doesn't regret it, but it was tiring and made it harder to follow-up and allow new friendships to take root. She suggests taking it slower--one a month or one every two weeks. Cacioppo says that friendship comes with additional responsibilities and obligations, something that's easy to overlook.

Psychotherapist Anne Toles, in private practice at Crossroads Counseling in Ridgeland, said women must learn to balance "girl time" with their other roles and responsibilities.

"It is important to seek out friends that understand the importance of these roles and to respect the ones they see as a priority," she says. "... For example (for me), Friday nights are family game nights, therefore I don't spend time with friends then. If your female friends understand and respect your boundaries, you are more likely to maintain friendships longer."

Like Bertsche, I have found myself in a new city with old friends scattered across the globe. Through candid descriptions of her desire to bond with other women, her vulnerability in making new friends and the inevitable rejections that came with her quest, I realized my situation wasn't an anomaly.

Wherever you find yourself on the friendship path--looking for new friends, rekindling old friendships or sustaining existing friendships--it takes commitment.

"I believe the key to healthy adult friendships begins with self-sacrifice," Toles says. "You need to be able to give of yourself by listening, caring, giving of your time and having healthy communication. All of these attributes require an investment of time and effort. A healthy friendship is like a marriage in that it requires constant work to stay connected." 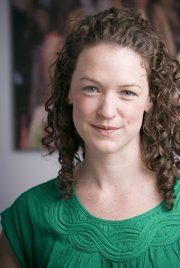 Author Rachel Bertsche writes that sometimes you have to have a game plan.

On her blog, Author Rachel Bertsche shares strategies to expand your friendship pool. She learned the hard way that we're can't find new friends by sitting on the couch. You've got to get out there!

Find expanded versions of these strategies and more at mwfseekingbff.com.

The Science Behind Friendship 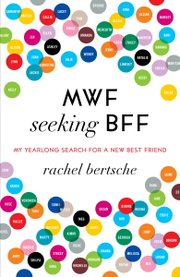 "MWF seeking BFF" is packed with science and social research about friendships, such as:

• Be social. French sociologist Emile Durkheim introduced the theory of social integration in the late 19th century. Social integration is the means through which people interact, connect and validate each other within a community. Bertsche cites 2010 research that found that the health effects of low connection level are comparable to smoking 15 cigarettes a day and twice as harmful as obesity.

• Appreciate your friendships and be committed to them. "The Friendship Doctor" psychologist, author and Huffington Post contributor Irene Levine says the average friendship doesn't last forever. "There is no guarantee that two individuals, however close the once were, will grow in the same direction or remain compatible," she writes. "Even when friendship is built on a solid foundation, the odds are overwhelmingly high that it will eventually fracture for one reason or another."

Tina Fey and Amy Poehler's characters in "Baby Mama" are quite the odd couple, with hilarious results.

When it comes to on-screen friendships, some turn to classics like "Beaches" or "Thelma and Louise." I'm partial to my weekly fixes of "Community" or "Glee," but my all time favorite trio is Harry, Ron and Hermione of "Harry Potter" fame. Here are a few of my other favorites: