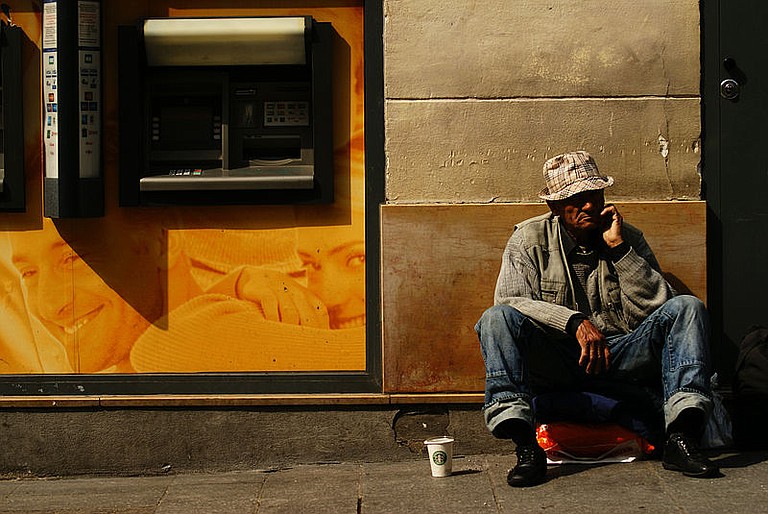 Panhandlers could be locked up under a proposed city ordinance.

After having difficulty getting a quorum at Thursday's meeting of the Jackson City Council's Intergovernmental Committee, members passed an ordinance aimed at limiting panhandling downtown onto the full council for consideration.

Ward 1 Councilman Quentin Whitwell amended the current ordinance, which carries a penalty of 30 days of community service, to impose a $500 fine and 30-day jail sentence on the second violation, the Clarion-Ledger reported.

Whitwell said he raised the issue to bring attention to "the epidemic" of panhandling that he says city leaders have ignored for years. He said he's received numerous phone calls, sometimes in the middle of the night, from constituents who say they were accosted downtown.

"This is something that has come before me from multiple angles -- residents, business leaders, property owners. What they say is that Jackson is becoming known as panhandling friendly city," Whitwell told the Jackson Free Press this afternoon.

Bear Atwood, legal director for the American Civil Liberties Union of Mississippi, said the ACLU is keeping a close eye on the proposal, which "raises serious constitutional issues."

Courts across the country, Atwood said, have ruled in the past that panhandling is tantamount to constitutionally protected speech.

"This is a person speaking, and just because we don't like their speech, doesn't mean that we can ban it all together," Atwood said.

Furthermore, Atwood argues that the proposed ordinance increases the chance that low-income people will come in contact with the police and, by assessing criminal penalties, puts "people at risk of losing their liberty."

She adds that imposing a "huge fine" on poor people who are engaging in constitutionally protected speech "is just mean-spirited."

Whitwell rejects the characterization of his proposal as mean-spirited and doesn't believe it violates the First Amendment.

"I'm a lawyer. I know what free speech is," Whitwell said. "This has to do with the protection and the safety of the citizens of Jackson."

Rex Baker, executive director of Gateway Rescue Mission, said that although panhandling is sometimes problematic downtown, a misperception exists among people that all panhandlers are homeless and all homeless people panhandle.

"I think we jump to some conclusions," Baker said.