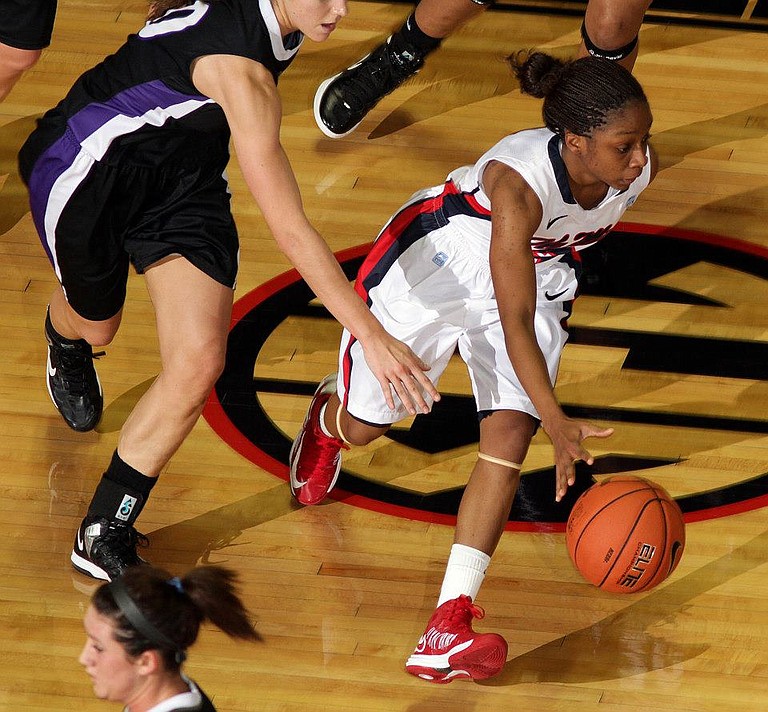 The metro area is known for producing some of the state’s best players. This season, graduates of several local high schools are big contributors to the state’s largest women’s basketball programs.

The Ole Miss Lady Rebels have had an interesting start to this season. The Lady Rebs began practice with new head coach Adrian Wiggins at the helm. Less than 20 days later, the university announced that Wiggins would no longer serve as head coach due to an investigation over impermissible recruiting contacts and academic misconduct.

Four days after that announcement, Brett Frank was named the acting head coach for the Ole Miss women’s basketball program. Frank, who has 17 years’ experience in the collegiate ranks, stepped in and calmed the tumultuous season start. In his SEC media day remarks, Frank noted that his team realized they still had a job to do.

The Lady Rebels are doing that job well. After an unimpressive 2-13 conference performance and 12-18 overall season last year, Ole Miss is off to a 6-3 start this season. Former metro area players Valencia McFarland (Raymond High School) and Courtney Marbra (Forest Hill High School) return to the Lady Rebels after being major contributors last season. Both are expected to play huge minutes for the Lady Rebs. It is transfer Diara Moore, however, who is leading the team in scoring with an average of 12.1 points per game.

Be on the lookout for junior point guard Valencia McFarland. She is on track to reach 1,000 career points before she graduates from Ole Miss, which would make her only the 25th player in the school’s history to do so.

Ole Miss is not the only major Mississippi women’s basketball program to experience coaching changes this year.

Mississippi State University announced new head coach Vic Schaefer on March 13. Schaefer came to MSU with 28 seasons of coaching experience, including an average of 22 wins a year in his last 15 years at Arkansas and Texas A&M. Schaefer comes into a very young and talented team.

The Lady Bulldogs, who were 14-16 last year overall and 4-12 in SEC play, return nine letter winners including sophomores Kendra Grant, who averaged 7.3 points per game last season, and Martha Alwal, who averaged 5.4 points, 7.2 rebounds and 2.7 blocks to earn Freshman All-SEC honors for the 2011-2012 season.

Mississippi State is 6-5 overall so far this season. Grant, who graduated from Richland High School, is leading the team in scoring with 14 points per game and 5.7 rebounds. She is getting lots of help from Alwal, who has an average of 11.4 points per game, 9.2 rebounds and 2.5 blocked shots.

Mississippi’s third largest women’s basketball program is making no coaching changes. Southern Mississippi’s Joye Lee McNelis is in her ninth season as head coach of her alma mater. McNelis’ Lady Eagles return all five starters from a 2011-2012 team that finished 13-18. She boasts one of the state’s best recruiting classes with five newcomers including Jerontay Clemons and Tiarra Pollnitz. Both Clemons and Pollnitz played in the Mississippi-Alabama All-Star game—Clemons for Mississippi and Pollnitz for Alabama. Both were named MVP for their respective states. Clemons is already making her presence known as the third leading scorer, and leads the team in rebounding.

Jackson State is also under leadership of a new head coach. Surina Dixon comes to the Tigers with 20 years of coaching experience, including an assistant coaching stint in the WBA. Dixon hopes to turn the program around after last season’s 11-17 finish.

Leading the Tigers this year are Tiffany Kellum and Racheal Jones. Kellum is averaging 12.6 points. The Lady Tigers are also getting big minutes from Lanier High School graduate Dominique Brothern, who leads the team in steals with 14 on the season.

The Lady Tigers are currently 4-6.