Rebel On The Exchange 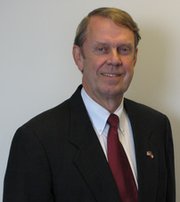 Mississippi Insurance Commissioner Mike Chaney is moving ahead with a health-insurance exchange despite GOP opposition. Former Gov. Haley Barbour had supported a similar exchange when he was governor.

Mississippi's insurance commissioner has no qualms about bucking his party. Mike Chaney, a Republican first elected in 2007, has been building a health-insurance exchange under the Patient Protection and Affordable Care Act (aka Obamacare) since at least October 2011, despite overwhelming GOP opposition to Obamacare in general.   When Chaney asked Gov. Phil Bryant to explain why he should stop progress on the exchange, the governor only replied that the Obama administration would "change the rules and control everything. You cannot trust them," Chaney told POLITICO last month.

An insurance exchange is hardly a new concept for Mississippi. In 1991, the Legislature established the Comprehensive Health Insurance Risk Pool Association to make insurance available to individuals that mainstream companies turned down due to poor health or pre-existing conditions.

"That's the insurance of last resort," said Aaron Sisk, senior attorney and director of life and health actuarial at the Mississippi Insurance Department. "If you get turned down by everybody, you can get insurance through the risk pool. You're going to pay a little bit more for it, but you can still get insurance."

Former Gov. Haley Barbour started pushing for a free-market exchange for Mississippians in 2007--years before Congress passed the Affordable Care Act in 2010--based on recommendations from the Heritage Foundation, a conservative Washington, D.C.-based think tank. Those recommendations came in response to then-first lady Hillary Clinton's push for health-care reform in the late 1980s.

As a result, Mississippi is ahead of most states in setting up its exchange. It already has a website (onemississippi.com) where individuals can compare and shop for health-insurance policies, and is working to create another site for businesses.

The challenge is to conform Mississippi's site to fit Obamacare parameters, which the U.S. Supreme Court largely upheld in June. The court upheld the individual mandate, which requires most Americans to have health insurance (either through an employer or on their own), and the requirement for states to provide its citizens and businesses insurance exchanges on Jan. 1, 2014. If a state chooses not to set up an exchange, the federal government will do it for them.

Chaney is using federal funds allocated to Mississippi under the ACA--some $21 million--to finish the work Mississippi began. The funds haven't endeared Obamacare to the commissioner, who is not shy about his opposition to the law.

"I hope it is repealed," Chaney wrote in a Nov. 15 release, reiterating what he's said on numerous occasions. "However, it is the law of the land."

Many states under Republican administrations are resisting establishing exchanges, and they will default to having the federal government do the job for them.

Chaney is convinced that Mississippi will do a better job of building its own insurance exchange than the federal government and is moving ahead with the job, making him an outlier in his party.

Chaney is one of only a dozen insurance commissioners nationwide who hold elected positions; state governors appoint most commissioners. That puts him in a position to tell Bryant, a rabid opponent of President Barack Obama's policies, to mind his own business.

What's in It for Mississippi?

"We've been regulating health insurance in the state since 1946," Sisk said. "The states are better suited to regulate the insurance market." For consumers, the insurance exchange is essentially a website, and "whoever controls that portal controls the regulation of the products" on it. "To cede that control would be, in essence, to cede our authority over to the federal government."

The concept for exchanges is to provide more customers to insurance companies, spreading the risk and lowering prices.

"That's the theory with insurance," Sisk said. "... Whether the exchange will accomplish this or not is yet to be determined."

States have more latitude for the small-business portion than the part for individuals. "The ACA mandates that states create a small employer exchange, but ... they leave it to the states as to how that's set up and how that's run," he said.

The Mississippi business exchange will include a "defined contribution system" where companies specify an amount to contribute to their employees' health insurance, and employees select from various plans that fit that criteria. They can also choose a plan with more benefits and pick up the additional cost themselves. Today, if a company provides health insurance, employees have few options other than "take it or leave it." That option will still be available for people in Mississippi, Sisk said, though companies with more than 50 employees are at risk of incurring penalties if they don't provide insurance.

Chaney is familiar with how the ACA will affect hospitals; he sits on the board of trustees of River Region Health Systems in Vicksburg, a position that includes protecting and preserving the hospital's financial viability, said Heather Butler, River Region's vice president of marketing.

"Basically, what you do is serve as an adviser to the hospital and represent the community," Chaney said of the position, which he said does not involve financial decisions. "What it does do is it gives me a lot of information about the problems that hospitals and doctors face with insurance and getting paid for services."

Chaney denied any conflict of interest between the two positions, and said he "went through this" with the state Ethics Commission. State law seems to support  Chaney's assertion of no conflict.

Hopefully, the exchange will decrease the amount of uncompensated care provided by Mississippi hospitals. Federal subsidies may be available to individuals whose income falls between 100 percent and 400 percent of the federal poverty level--$23,500 for a family of four this year--and who purchase a plan through the exchange, regardless of whether the state chooses to expand Medicaid.

Because the law was written with the expectation of increased numbers of patients with insurance, it has reduced payments to hospitals under other federal programs, such as Medicare, including a reduction in the amount they receive for uncompensated care of the uninsured. That group includes working poor whose employers don't provide health coverage, and those who may be eligible for Medicare, but can't afford the premiums or co-pays.

The June Supreme Court decision said states could not be forced to expand Medicaid, however, making for a lopsided equation, said Gwen Combs, vice president of policy for the Mississippi Hospital Association.

"If you don't expand Medicaid, the ... cuts are still going forward," she said. Last year, federal subsidies for uncompensated care came to about $210 million to Mississippi hospitals, Combs said, and the numbers of uninsured have increased exponentially since about 2008. At some Mississippi hospitals, up to 90 percent of patients are on Medicaid or uninsured.

Estimates vary regarding the cost to the state to expand Medicaid. The state's Institutions of Higher Learning said it would cost about $109.6 million through 2025. At the other end of the spectrum, Milliman, Inc., a conservative Wisconsin-based consulting firm, estimated additional costs at $480 million to $802 million through 2020.

Milliman's estimates are based on every potentially eligible person enrolling in Medicaid. That is a highly unlikely outcome, Milliman's critics point out. "There is no means-tested program that achieves 100 percent participation, or close to it, among those who are eligible" for it, stated the Center on Budget and Policy Priorities, a non-profit think tank, last year.

Mississippi hospitals could see 200,000 to 300,000 new patients with insurance by expanding its Medicaid rolls. Without it, "you've got all the cuts coming and none of the potential," Combs said.

The upside to an insurance exchange, even without Medicaid expansion, is that some people will be able to afford coverage that can't today. "I think there will still be some uncompensated care," for those who can only afford a minimal level of coverage, Combs said. "At least it's better than nothing."