The Saints: A Preview 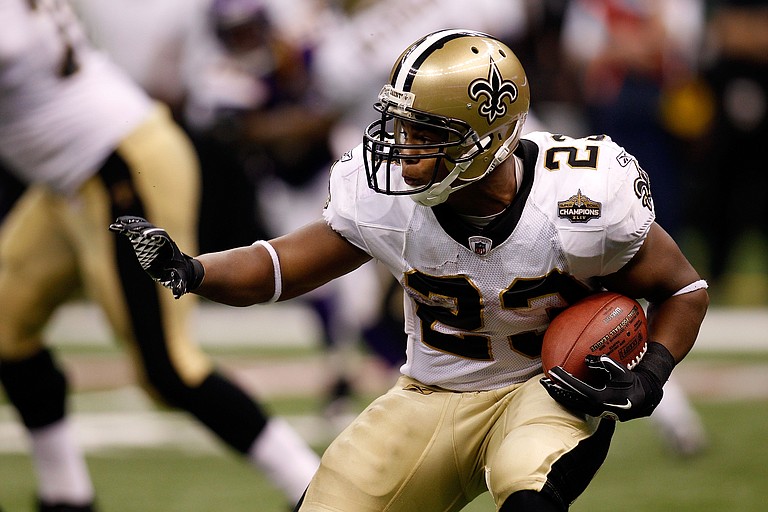 Running back Pierre Thomas, along with the rest of the Saints, hopes to take the Saints to a history-making Super Bowl in the Superdome this season. Courtesy New Orleans_Saints

This promises to be an interesting season for the New Orleans Saints. Even if the NFL or the federal courts decide to cut player suspensions due to bounty gate, the Saints will still have to play without Sean Payton for the season and interim coach Joe Vitt for six games.

New Orleans will try to make history this season by striving to become the first team to play in a Super Bowl in their home stadium. No team has accomplished the feat, but normally teams aren't very good the year they host the big game.

The Saints have a good chance to make a run at history after finally locking up quarterback Drew Brees to a long-term deal. Even with Payton gone for 2012, New Orleans has a fighting chance as long as Brees is taking the snaps.

A Super Bowl trip at home might ride on how well the Saints defense picks up new defensive coordinator Steve Spagnuolo's defense. The season ended in the playoffs last year for New Orleans when the defense couldn't hold a lead late against the San Francisco 49ers.

Every NFL team breaks the season down into four separate stretches of four games each. We'll do the same thing to do to break down the 2012 season for the New Orleans Saints:

Starting the season against rookie Washington Redskins quarterback Robert Griffin III is great for New Orleans. They will try to confuse and frustrate the second overall pick and should win. New Orleans gets division rival Carolina on the road next. Cam Newton in year two could face a sophomore slump against a new Saints defense.

I have New Orleans at 2-0. Though the Chiefs pop up as this season's sleeper team, I am not buying it. The Saints will be 3-0 after rolling Kansas City in week three.

I have New Orleans receiving their first loss in week four against Green Bay, but the Packers win this game only because they are in home territory. Saints fall to 3-1.

The next four-game stretch features a home game against the San Diego Chargers, a bye week before traveling to the Tampa Bay Buccaneers, staying on the road against the Denver Broncos and finally ending at home against the Philadelphia Eagles.

The Chargers, in my mind, should be the class of the AFC West in a bounce-back year for San Diego, but New Orleans is almost unbeatable at home. Saints squeak out a tough win to move to 4-1.

Tampa Bay might improve after spending like mad in the offseason, but the Saints have two weeks to prepare for this game. Last season the Buccaneers beat New Orleans at home and saw Payton break his leg on the sideline. Saints win—since they don't have to protect Payton—and go on to 5-1.

I am not sold that Peyton Manning will make the Broncos a Super Bowl contender, but the Saints go from below sea level to a Rocky Mountain-high for this game. New Orleans wins since there is no Tebow Time in Denver this season. Saints move to 6-1.

Michael Vick better be healthy or New Orleans spanks the Eagles at home. Saints still pick up another win even if Vick plays, but the score might be a tad closer. Saints will be in great shape to make the playoffs at 7-1.

At this point, the season is half over and teams start to battle for playoff position. New Orleans, primed to make the playoff push, faces the Atlanta Falcons at home, Oakland Raiders on the road, a playoff rematch at home against the San Francisco 49ers and Atlanta on the road.

The NFC South will be a two-horse race with New Orleans and Atlanta battling things out for the division title (Carolina and Tampa Bay are a year or two away from challenging them). The Saints will clip the Falcons at home to reach 8-1 in a

New Orleans at this point will reach nine wins after heading west to beat the Raiders. Oakland is not ready for primetime, so the Saints should win with ease.

If New Orleans loses to Oakland on the road it is because they are looking ahead to their next game against San Francisco. The 49ers will be in the mix in the NFC West, but I believe the Saints win this game

The Saints will have 10 wins at this point heading to face their main rival, Atlanta on the road. I having a feeling the Falcons will nip the Saints on their home turf to drop New Orleans to 10-2.

Now the season moves to the final four-game push. Teams on the playoff fence must make a move and teams well in the playoff hunt are fighting for home field advantage.

New Orleans stays on the road against the New York Giants, comes home to face Tampa Bay, before hitting the road again to play the Dallas Cowboys and finishing the season at home against Carolina.

The defending champions will get the Saints late in the season at home. The loss will drop New Orleans to 10-3, but still keep them in the race for home field. Tampa Bay falls to New Orleans for the second time this season. This year, Buccaneer fans will find out if Josh Freeman is for real during a game against the Saints. At 11-3 New Orleans will face the Dallas Cowboys, who will need a win to make the playoffs at this point. Dallas gets the win as the Saints fall to 11-4, possibly lose home field as well. New Orleans will take care of Cam Newton and the Panthers once again.

Saints finish the season at 12-4 and safely trot into the playoffs. Depending on what the rest of the NFC does, the Saints could earn a black and gold Super Bowl in the Big Easy.