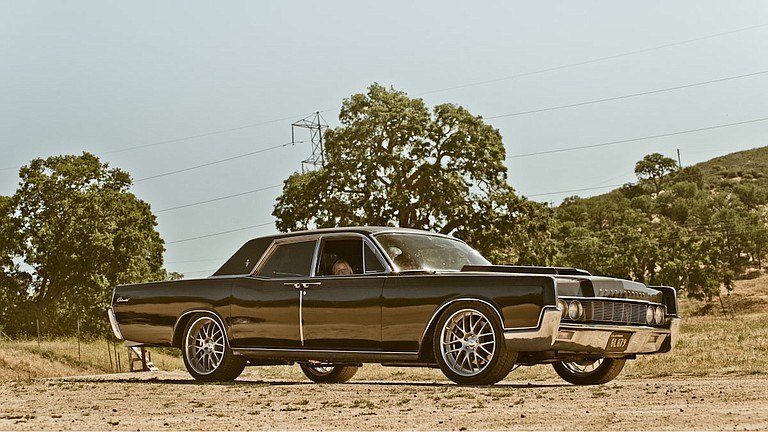 "Hit and Run," featuring fast cars and cool dudes, exudes so much fun from its main characters that the audience can't help but enjoy it. Courtesy Open Road Films

I admit that I had a complete lack of interest in seeing "Hit and Run," a low-budget movie written, co-directed, co-edited, co-produced and starring Dax Shepard. The trailer hypes a hip version of "Fast and Furious" on Valium, and it struck me as the same old insulting failed attempt at entertainment. But then again, none of the new offerings at the box office this weekend looked appealing:

Option 2: "Premium Rush" zeroes in on a bike messenger pedaling for his life from a bad cop. This film had less box-office appeal than the conservative-driven documentary called "2016: Obama's America."

Option 3: "The Apparition" features a paranormal being that kills those who believe in it. With a rating of 3 out of 100 on Rotten Tomatoes, this movie looks scary bad, and bad here is not good, but horrible.

Bradley Cooper in dreadlocks swayed my final decision. I snagged a friend to join me in anticipated misery. Her comment was, "Roger Ebert gave it three and a half stars." That makes me think that Ebert, the finest living film critic—and one that my mother and I lunched with at the Cannes Film Festival—has lost his critical edge.

What was Ebert thinking? His rating appears to have more to do with sheer surprise than content.

But you know, "Hit and Run" doesn't stink. I'm not saying this is a masterpiece, but it wasn't puke awful. In fact, it is what it is and nothing more. This film has no pretensions of being great. It was made with a cast and crew that clearly had a great time together. (Shepard and his co-star, Kristen Bell, are engaged to be married).

The movie opens on Charlie Bronson (Shepard), the crook-who-has-changed-his-ways, snuggling with his beautiful and smart girlfriend, Annie (Bell). Charlie (that's his assumed name) is definitely out of his league with Annie. He doesn't have a job, he has a bumbling U.S. marshal as his keeper (Tom Arnold), and he blows a lot of hot air pontificating about Annie being where she needs to be.

Annie doesn't need a doctorate in conflict resolution to understand that something's off with Charlie, who is in the witness protection program. But she apparently loves his scraggly little beard, greasy long hair, brightly colored tattoos and self-deprecating wit.

The road trip commences when Annie gets offered a job interview in Los Angeles. Charlie pulls out the hot wheels: a customized 700-horsepowered Lincoln. That's the turning point, when the dialogue gets razor sharp. The haters—Annie's old boyfriend Gil (Michael Rosenbaum) and Charlie's bank robbing partner Alex (Cooper)—get on their trail, and the rubber meets the road.

I know that it's hard to imagine from the title, but the second half of the film zooms from one high-octane car chase, crash and burn to another.

"Hit and Run" conveys the mood of California culture with skill and in such full belief that its overarching attitude of "chill out" is sort of appealing.

A non-stop babble of psycho-analytical chatter links all of the characters, from Charlie to Annie to Arnold's marshal to the zany criminal oddballs. The actors seem to have fun in this off-the-wall comedy, and the mood is infectious.

Not every movie has to matter. Most of us, particularly with the end of summer approaching, go to the movies just to relax and refresh. This movie hits a few laughs and is like a mini-road trip to nowhere.

Why not take the trip if you have nothing better to do?