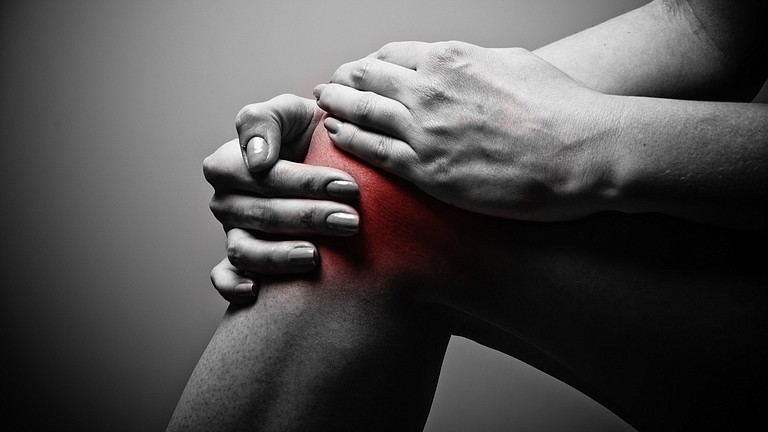 Physical therapist Wayne Jimenez has been caring for runners for more than three decades. Courtesy gizmodo

Runners can be stubborn people. Often, runners stick out that last one or two miles even if they're experiencing pain. Unfortunately, because of the shock to our feet and legs with every workout, runners are prone to injury.

Wayne Jimenez is 55 but does not look a day older than 40. A physical therapist at Medicomp in Jackson, he has been practicing PT and running for 33 years—something that has probably contributes to his youthful demeanor. With a bachelor's degree in physical therapy from Louisiana State University Medical Center in New Orleans and an advanced degree from the University of Alabama in Birmingham, Jimenez knows the ins and outs of the injuries runners commonly face.

What is the most common running-related injury?

It would either be IT band syndrome (the iotibial band is a fibrous connector from hip to knee), where there's an injury in the lateral part of the knee, because runners run too much on one side of the road, and it develops a problem; or basically what most therapists call runner's knee, where the kneecap rubs excessively on the end of your thighbone, which causes a friction. After so much friction, it gets irritated and causes a problem.

How do you prevent these kinds of problems?

The most important thing is to make sure you stretch well before and after. There are some strengthening exercises you can do for your thigh and the side of your leg that would help strengthen those areas, but running is a repetitive sport. So, over the long haul, just like anything—you throw too many pitches in baseball, your arm gets sore—running's the same way. You're going to eventually get a foot, or a knee or a hip problem because it's a repetitive, overuse type of sport.

What good habits should runners get into to keep them prevent injury?

The biggest thing is making sure the shoes are correct. Sometimes people think that shoes may look pretty on the outside, but if they've had them for six months, it's time to throw them out. Flexibility and strengthening are just kind of hand-in-hand to stay injury-free. So I would say you don't need a lot of equipment to run, you just need a good pair of shoes and to keep flexible and strong.

When a runner begins to feel pain, should he or she stop and see a therapist?

I use a three-day rule. If you're still hurting after three days, whether it's a therapist, or a doctor, or an athletic trainer, it's time to at least take a look at it. After three days, if it still hurts, and you want to manage it on your own, I always recommend waiting another three to four days of rest. If you're worse, you definitely need to seek medical attention. If you're better, then you can slowly inch back into running. Don't try to resume the kind of mileage that you were doing.

What do you think about the "barefoot" running trend or shoes like Vibram Five Finger?

It's the latest fad, and I see a fair amount of people running "barefoot." Personally, I couldn't do it. I think the pounding with that is just too hard. If you're running maybe two miles, I can see possibly doing that. As a physical therapist, I think it lends to a quicker injury, but I don't have any scientific data to back it. I'm sure as this fad grows more and more, there will be more research being done on the effects of running basically barefoot, or at least without any kind of structured support.

How can nutrition and hydration affect a runner's inclination toward injury?

With hydration you just have to drink water, whether you're running a 5K or a marathon. Your body is like a car. You put gas in the car to make it go. Well, the same thing for the body. The gas is just water, or some sort of supplement or nutrient. There are a lot of supplements that people take for various reasons, whether it's just eating a banana for potassium, which decreases risk of muscle cramps, or whether it's a nutritional enhancement that allows you to run longer with more endurance or something for lactic acid buildup. There's just a number of things out there, but I think for the most part, it's common sense. Eat well before you run, drink a lot of water and, for the most part, you'll do OK.

Sir, if you are "pounding" running barefoot, you are not running with correct form. Check out the many sources online. I am 57, never run before, and have been happily doing it since May of this year. Now up to a 5K in regular training and feel great.

And also, it is NOT a fad. If it is, it is a fad thousands of years old. Check out Daniel Lieberman's info on why we are made to run barefoot. Think Neanderthals had Nikes?