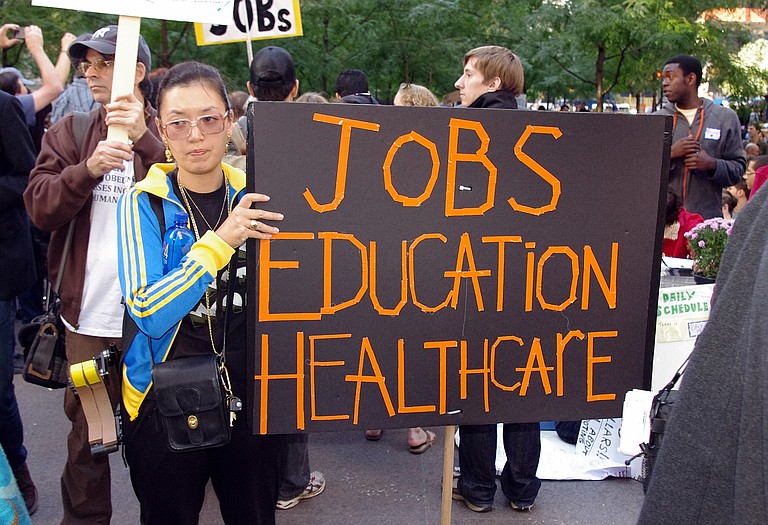 Mississippi's jobless rate rose for the second straight month in July, as the state's job market continued to stall.

Mississippi's jobless rate rose to 9.1 percent from 8.8 percent in June. The Bureau of Labor Statistics released the numbers Friday.

In June, Hinds County's unemployment was at 9.1 percent, but those figures are not seasonally adjusted. Rankin and Madison counties had the fewest people out of work, with 5.9 and 7.2 percent unemployment, respectively.

Across the U.S., the unemployment rates for adults, teens, whites and African Americans also showed no change, while Hispanics experienced a dip in unemployment to 10.3 percent. Blacks have an unemployment rate of 14.1 percent while 7.4 percent of whites are out of work.

The jobless rates for Asians--6.2 percent in July and not seasonally adjusted--also did not change much.

Mississippi's jobless rate has been falling since hitting its post-recession peak of 10.9 percent in July 2011. That progress has reversed as the national economy continues to struggle.

A separate survey of employer payrolls shows the number of nonfarm employees in the state fell for the third straight month and was also below its July 2011 level.

One would have to ask, 'could these numbers have been improved if our elected officials focused more on job growth and less on social issues?'

I think 'yes' would be the rather obvious answer.

Of course, it would. Not just Mississippi, but nationally too. But, you have to realize that if the jobs numbers improves, it improves Obama's chances of getting re-elected. The GOP doesn't want that. Which means we need to make them jobless.